The NIST 9-11 Report on the WTC Collapse

E.L.C. said:
Yeah? Well, Gamaclown.... you can just keep waiting for all I care. If there's any consensus on WTC 7 (the other thread getting trashed), we can move on to the towers and the pentagon. Until then....
Click to expand...

In other words, you've got nothing. Yeah, we knew that.
Click to expand...

Did you know if your take the sentence "building seven was a controlled demolition" and jumble the letters and remove some and add a couple, you get the words "total bullshit"

You talkin' to me, KooKooDooDoo? You're on my ignoramus list, remember?

Rockland said:
You talkin' to me, KooKooDooDoo? You're on my ignoramus list, remember?

after having your ass handed to you:

You talkin' to me, KooKooDooDoo? You're on my ignoramus list, remember?

​
The Following User Says Thank You to Rockland For This Useful Post: Rat in the Hat (Today)
Click to expand...

Did you know if your take the sentence "building seven was a controlled demolition" and jumble the letters and remove some and add a couple, you get the words "total bullshit"

The Following User Says Thank You to Rat in the Hat For This Useful Post: Rockland (Today)
Click to expand... 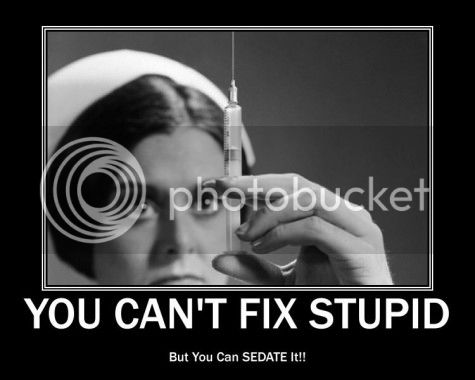 I have searched this entire thread for "conservation" to find any mention of the Conservation of Momentum and that has been done several times by Mr. Jones. But he did not explain what it had to do with anything.

The north tower came down in just under 26 seconds though some estimates are as low as 10 seconds. The 26 seconds includes the time of the remains of the core to come down after most of the mass had already fallen.

But all of this supposedly occurred because the portion above the impact zone fell and forced the rest down. That is where the conservation of momentum comes in.

When moving mass A impacts stationary mass B at velocity V the resulting combined mass will have a velocity less than V but it is highly dependent on the relative sizes of the masses. But with the collapse of the north tower there would be a complex sequence of collisions also accelerated by gravity which will affect the collapse time.

I did a simplified analysis of this years ago.

This program reads a data file for 109 masses floating in the air, held up by nothing. It then simulates dropping the top 14 and computes resulting velocities due to the conservation of momentum slowing things down. The program has been updated a bit since then but the results are still pretty much the same. Since it only uses the conservation of momentum a real collapse from the top down would have to be significantly slower because energy would be lost bending and breaking supports.

But these are the three extreme cases.

A 1500 ton mass is placed at the top and all 108 lower masses are only 0.1 tons. This means very little mass is available to slow to falling top one and is almost like falling through empty space.

The next run is with equal masses of 1500 tons at every level. This takes 11.9 seconds. But this is more than the 11 seconds that Dr. Sunder of the NIST said in a PBS podcast. So how could a real building requiring energy loss due to breakage be less than very simple simulation.

So the distribution of mass of the tower changes the collapse time just because of the conservation of momentum. So discussing this for 12 years without accurate data on the tons of steel and tons of concrete on every level is unscientific nonsense.

Freshman engineers at schools all over the country should be able to write programs duplicating these results. So why isn't this even discussed by "experts"? 9/11 is a JOKE!

Hacking and tracking you: Rfid in stores