The Four Horsewomen Of The Apocalypse Plus 1

They speak for themselves: 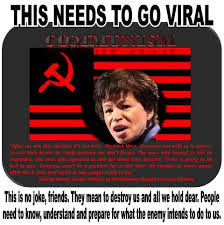 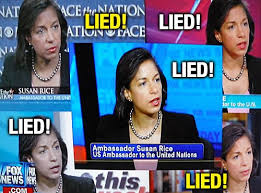 I love Judi’s name ‘Shadow Woman’ for one of my horsewomen:


It was the ‘Shadow Government’ that built its own “civilian national security force that’s just as powerful, just as strong, just as well-funded as the military”; a Shadow Government that gives us a false image as Barack Obama as president when ‘Shadow Woman’ Valerie Jarrett, for whom not a single vote was cast, is running the show.

Pelosi rode in on a red horse:

The second horseman, War on the Red Horse as depicted in a thirteenth-century Apocalypse manuscript​
Pelosi’s intelligence is the only insult to Americans that I heard in Netanyahu’s speech:


House Minority Leader Nancy Pelosi dismissed a speech Tuesday by Israeli Prime Minister Benjamin Netanyahu as full of “condescension” and an “insult to the intelligence of the United States.”​

Pelosi only sheds tears when she cannot create death and destruction:


“I was near tears throughout the prime minister’s speech – saddened by the insult to the intelligence of the United States as part of the P5 +1 nations, and saddened by the condescension toward our knowledge of the threat posed by Iran and our broader commitment to preventing nuclear proliferation.”

Nancy Pelosi Netanyahu speech insulting to the intelligence of the United States - Lauren French - POLITICO​
Pelosi has long history of lining up with butchers going all the way back to sucking up to Gorbachev when she first went to Congress. Handing Iran nuclear bombs is a guarantee of war. As sure as Typhoid Nancy’s influence among Democrats was instrumental in importing diseases into this country, nuclear war will be her greatest achievement.
Last edited: Mar 4, 2015
OP
F

Here is a thought on the apocalypse theme.

There must be a thousand suggested constitutional amendments knocking around. Interestingly, the federal government decided to make laws that cover racism —— the one and only new sin that has been created in thousands of years. Now, I have an addition who can ride with Conquest, War, Famine, and Death.

Totalitarian government easily qualifies as the fifth horseman. He is called Brutality. There is no doubt that Brutality is bringing imminent destruction to world faster than did the original four after countless centuries of working at it.
You must log in or register to reply here.

An easily disprovable myth - Children growing up too fast

Trolling: Why nasty commenters take delight in wrecking your day

Will Smith, Antoine Fuqua Won’t Shoot ‘Emancipation’ in Georgia Because of Voting Restrictions