The business of government 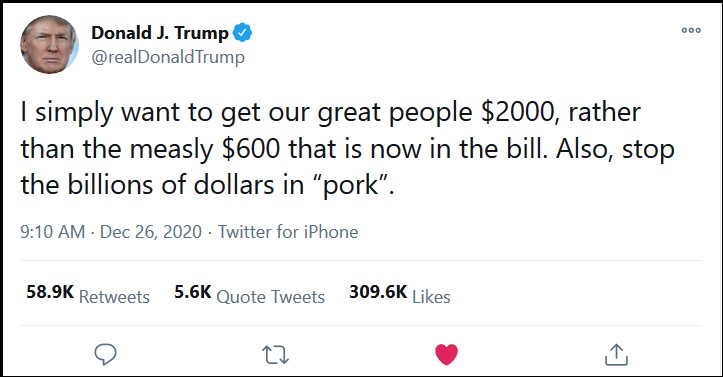 Rage Against The Machine - It's Simple Really, President Trump Asks Legislative Branch to Use COVID Relief to Help Americans No-One Else - The Last Refuge

The legislative machinery is owned by K-Street and multinationals who pay for the outcomes they alone create.

theconservativetreehouse.com
From the link;
"Most people think when they vote for a federal politician -a House or Senate representative- they are voting for a person who will go to Washington DC and write or enact legislation. This is the old-fashioned “schoolhouse rock” perspective based on decades past. There is not a single person in congress writing legislation or laws.

In modern politics not a single member of the House of Representatives or Senator writes a law, or puts pen to paper to write out a legislative construct. This simply doesn’t happen.

Over the past several decades a system of constructing legislation has taken over Washington DC that more resembles a business operation than a legislative body. Understand this dynamic and you understand how politicians become multi-millionaires on much lesser salaries; and why ‘We The People’ are insignificant and annoying gnats to their business model. Here’s how it works right now.

Outside groups, often called “special interest groups”, are entities that represent their interests in legislative constructs. These groups are often representing foreign governments, Wall Street multinational corporations, banks, financial groups or businesses; or smaller groups of people with a similar connection who come together and form a larger group under an umbrella of interest specific to their affiliation.

The for-profit groups (mostly business) have a purpose in Washington DC to shape policy, legislation and laws favorable to their interests.

They have fully staffed offices just like any business would – only their ‘business‘ is getting legislation for their unique interests.

These groups are filled with highly-paid lawyers who represent the interests of the entity and actually write laws and legislation briefs.

In the modern era this is actually the origination of the laws that we eventually see passed by congress. Within the walls of these buildings within Washington DC is where the ‘sausage’ is actually made.

Again, no elected official is usually part of this law origination process.

Almost all legislation created is not ‘high profile’, they are obscure changes to current laws, regulations or policies that no-one pays attention to. The passage of the general bills within legislation is not covered in media. Ninety-nine percent of legislative activity happens without anyone outside the system even paying any attention to it.

Once the corporation or representative organizational entity has written the law they want to see passed – they hand it off to the lobbyists.

“Selling it” means finding politicians who will accept the brief, sponsor their bill and eventually get it to a vote and passage. The lobbyist does this by visiting the politician in their office, or, most currently familiar, by inviting the politician to an event they are hosting. The event is called a junket when it involves travel.

Often the lobbying “event” might be a weekend trip to a ski resort, or a “conference” that takes place at a resort. The actual sales pitch for the bill is usually not too long and the majority of the time is just like a mini vacation etc.

Recap: Corporations (special interest group) write the legislation. Lobbyists take the law and go find politician(s) to support it. Politicians get support from their peers using tenure and status etc. Eventually, if things go according to norm, the legislation gets a vote.

Within every step of the process there are expense account lunches, dinners, trips, venue tickets and a host of other customary financial way-points to generate/leverage a successful outcome. The amount of money spent is proportional to the benefit derived from the outcome.

The important part to remember is that the origination of the entire process is EXTERNAL to congress.

Congress does not write laws or legislation, special interest groups do. Lobbyists are paid, some very well paid, to get politicians to go along with the need of the legislative group.

When you are voting for a Congressional Rep or a U.S. Senator you are not voting for a person who will write laws. Your rep only votes on legislation to approve or disapprove of constructs that are written by outside groups and sold to them through lobbyists who work for those outside groups.

While all of this is happening the same outside groups who write the laws are providing money for the campaigns of the politicians they need to pass them. This construct sets up the quid-pro-quo of influence, although much of it is fraught with plausible deniability.

This is the way legislation is created.

If your frame of reference is not established in this basic understanding you can often fall into the trap of viewing a politician, or political vote, through a false prism. The modern origin of all legislative constructs is not within congress.

Once you understand this process you can understand how politicians get rich.

When a House or Senate member becomes educated on the intent of the legislation, they have attended the sales pitch; and when they find out the likelihood of support for that legislation; they can then position their own (or their families) financial interests to benefit from the consequence of passage. It is a process similar to insider trading on Wall Street, except the trading is based on knowing who will benefit from a legislative passage.

The legislative construct passes from K-Street into the halls of congress through congressional committees. The law originates from the committee to the full House or Senate. Committee seats which vote on these bills are therefore more valuable to the lobbyists. Chairs of these committees are exponentially more valuable.

Now, think about this reality against the backdrop of the 2016 Presidential Election. Legislation is passed based on ideology. In the aftermath of the 2016 election the system within DC was not structurally set-up to receive a Donald Trump presidency.

If Hillary Clinton had won the election, her Oval Office desk would be filled with legislation passed by congress which she would have been signing. Heck, she’d have writer’s cramp from all of the special interest legislation, driven by special interest groups that supported her campaign, that would be flowing to her desk.

Simply because the authors of the legislation, the originating special interest and lobbying groups, were spending millions to fund her campaign. Hillary Clinton would be signing K-Street constructed special interest legislation to repay all of those donors/investors.

Congress would be fast-tracking the passage because the same interest groups also fund the members of congress.

President Donald Trump winning the election threw a monkey wrench into the entire DC system…. In early 2017 the modern legislative machine was frozen in place.

The “America First” policies represented by candidate Donald Trump were not within the legislative constructs coming from the K-Street authors of the legislation. There were no MAGA lobbyists waiting on Trump ideology to advance legislation based on America First objectives.

As a result of an empty feeder system, in early 2017 congress had no bills to advance because all of the myriad of bills and briefs written were not in line with President Trump policy. There was simply no entity within DC writing legislation that was in-line with President Trump’s America-First’ economic and foreign policy agenda.

Exactly the opposite was true. All of the DC legislative briefs and constructs were/are antithetical to Trump policy. There were hundreds of file boxes filled with thousands of legislative constructs that became worthless when Donald Trump won the election.

Those legislative constructs (briefs) representing tens of millions of dollars worth of time and influence were just sitting there piled up in boxes under desks and in closets amid K-Street and the congressional offices. Legislation needed to be in-line with an entire new political perspective, and there was no-one, no special interest or lobbying group, currently occupying DC office space with any interest in synergy with Trump policy.

Think about the larger ramifications within that truism. That is also why there was/is so much opposition.

No legislation provided by outside interests means no work for lobbyists who sell it. No work means no money. No money means no expense accounts. No expenses means politicians paying for their own indulgences etc.

Politicians were not happy without their indulgences, but the issue was actually bigger. No K-Street expenditures also means no personal benefit; and no opportunity to advance financial benefit from the insider trading system.

Without the ability to position personal wealth for benefit, why would a politician stay in office? The income of many long-term politicians on both Republican and Democrat sides of the aisle was completely disrupted by President Trump winning the election. That is one of the key reason why so many politicians retired immediately thereafter.

Lastly, this is why -when signing legislation- President Trump often says “they’ve been trying to get this through for a long time” etc. Most of the legislation passed by congress and signed by President Trump in his first term is older legislative proposals, with little indulgent value, that were shelved in years past.

Example: Criminal justice reform did not carry a financial benefit to the legislative bodies, and there was no financial interest funding the politicians to pass the bill. If you look at most of the bills President Trump has signed, with the exception of a few economic bills, they stem from congressional construction many years ago.

When you understand that any changes to this system will not be accepted by those who command power and affluence; when you accept their willingness to deploy government institutions around themselves in order to protect them from you; and when you realize they will use every system, including the ballot counting machines, to stop the American people from disrupting this corrupt system of self-aggrandizing elitism; you start to realize the diminished options for removing them from office…"

Our government has become an industry and like all businesses, the goal of the people it is made up of, is to make money......... not to represent the interests of the American people, or support and defend the US Constitution.

His opponents (and most all the leftist trolls here), all derisivley dismiss the idea of widespread voter fraud, the subsequent gaslighting by the MSM, and the ignoring of all the evidence by the courts, as a conspiracy theory; they're lying in most cases but some of them actually are stupid enough to believe that.

What it is, is an entire industry mobilizing to protect their livelihoods from a threat to their way of doing business.

Many of us understood this enough to know it was not in our best interests, and so we voted for Trump, the ultimate outsider...... and the industry hates us for that. We knew they didn't care about us, so we elected a guy who seemed to.
Example; 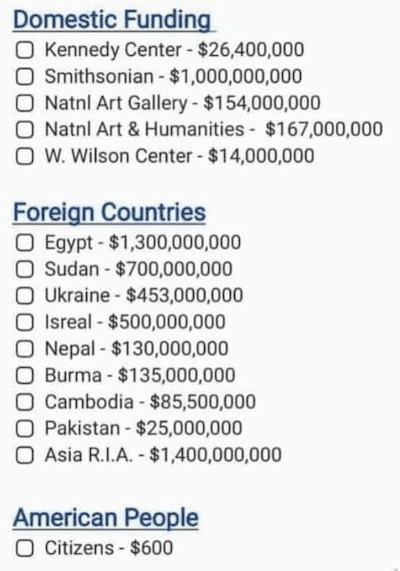 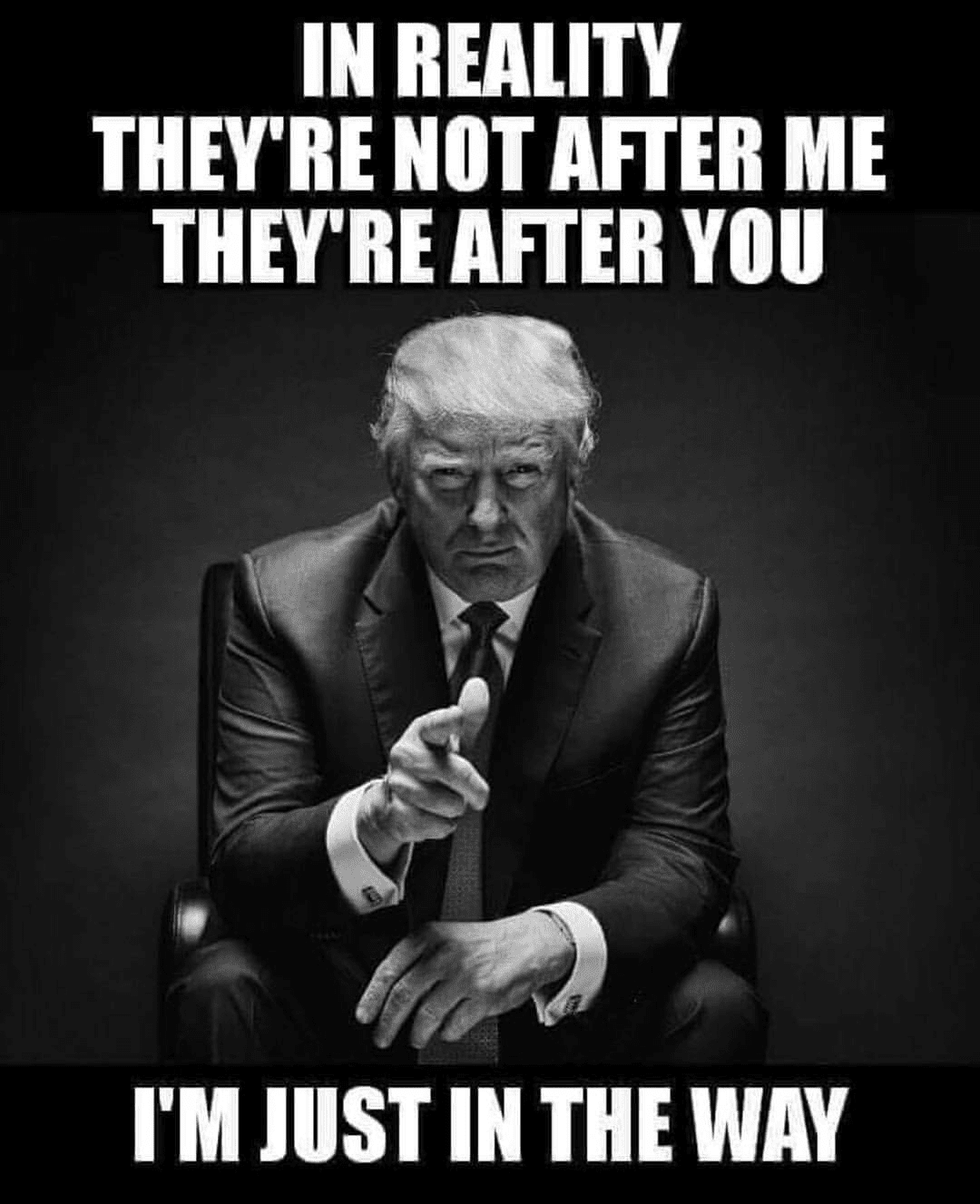 No one wants to talk about this I guess.
You must log in or register to reply here.

Trump is Failing at Distributing the Vaccine

The democraps Push for ONE PARTY RULE Continues...

What was the purpose of the "gain of function" research?
2 3

A moment ago
danielpalos
D
Q
Advice on both my employees

Why should I get the COVID vaccine
6 7 8

We Must Preserve Our Heritage
3 4 5

Is Caucasoid a racial slur?