If it was good for obama, it should be good enough for Cruz.

Deal with it.
OP

humor sub-forum is that way -> Katzy

This is serious business if the architect of the $24BILLION gubmint shutdown is setting things up for a election bid.
OP

Katzndogz said:
If it was good for obama, it should be good enough for Cruz.
Click to expand... 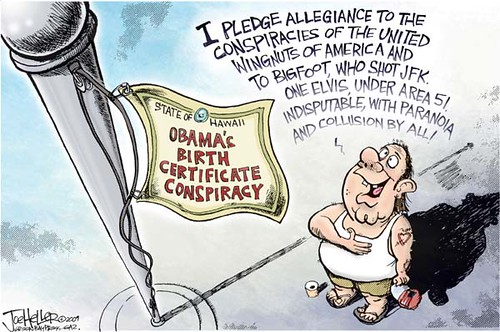 Cruz fits the description of the antichrist in the last days.

Katzndogz said:
If it was good for obama, it should be good enough for Cruz.
Click to expand...

Cruz has provided proof, as did obama.

You have a problem with that.

Why not worry more about whats going on in Nova Scotia instead. Seems more sensible for your perspective. Then again.....

I think he should keep it.
Or give it to me if he doesn't want it, in case I decide to flee the country....

JakeStarkey said:
Cruz fits the description of the antichrist in the last days.
Click to expand...

Dear Jake:
Antichrist means to go against the law while claiming to enforce the law.

I see Cruz and others as attempting to enforce the Constitution, while Obama and
others 'claim to be prochoice' while going against choice, and claim to be expanding the Constitution while instead EXCLUDING the dissent and equal Constitutional representation of half the American population on the basis of PARTY.

If you are going to say Cruz is Antichrist from one viewpoint, wouldn't you also have to say that Obama and the liberals are Antichrist from the other side's viewpoint? If they are both guilty of excluding the equal Constitutional representation of the other party's views?

Where I have seen Republican/Conservatives go against Constitutional principles, most of them have corrected themselves when confronted with their own Constitution. Example: (a) when conservatives were confronted on respecting the equal religious freedom of lawabiding Muslims using the same defenses for stopping attacks on Christians, this tends to correct the issue, and has even led to apologies and open acknowledgements (b) likewise when I confront prolife activists on respecting the religious freedom of prochoice views not to be imposed upon by govt policies, I have had more success with conservative prolife Republicans by explaining this in terms of Constitutional freedom, even pointing out that their own prolife views/advocacy are based on free choice and is NOT forced by law

But when it comes to asking prochoice Democrats to respect the equal free choice of conservatives and libertarians who believe in "limited govt" and/or the authority of the states not the federal govt to pass laws about health care per state,

I have only found ONE prochoice/prolegalization person on this board who agrees the ACA is against free choice. Off this board, I have ONE friend who admits voting for Obama because he was Black, and who later opposed him on his policies including against ACA and insurance mandates.

I have another friend who disagrees with the insurance mandates, but "hates Conservative Christian Republicans so much" he will not stand or speak out against ACA or Democrats.

Most of the defense of ACA appears to be politically motivated or based on opposition against Conservatives, more than it has to do with providing greater health care coverage.

Even the single payer groups who wanted universal health care are against the ACA and the mixing in of corporate interests and insurance.

Most people seem opposed to this bill, but the ones supporting it seem to use it to lobby against Conservatives.

I don't think it is fair to charge taxpayers for this mess, caused by political infighting which should be kept out of govt. Cost effective solutions all people/parties AGREE to should be reflected by public policy, not the political biases, problems and conflicts of warring parties.

At some point, the public should start holding parties accountable for funding their own biased programs and policies; and enforce Constitutional standards reflecting equal inclusion and agreement, in order to base laws on consensual solutions not bullying.

The ACA is already hurting the spending pocket money of the masses.

I think he should keep it.
Or give it to me if he doesn't want it, in case I decide to flee the country....
Click to expand...

it pisses me off how cavalierly he is about his canuck citizenship. Why throw them under the bus

Yeah, I'm sure it pisses you off so much when Democrat LOLberals throw their own under the bus in the name of political expedience too, Dot. You just seem to forget to make threads about it.

u a libertarian or teapartier?

If Canada were in Africa then he might have a better chance......

Then to oppose him would be RACIST!

"Antichrist means to go against the law while claiming to enforce the law."

That is exactly what Cruz has done and will do. I doubt he is antichrist's little brother, but he is as bad as Joe McCarthy.

JakeStarkey said:
"Antichrist means to go against the law while claiming to enforce the law."

That is exactly what Cruz has done and will do. I doubt he is antichrist's little brother, but he is as bad as Joe McCarthy.
Click to expand...

Come on....if you're going to make up a definition,at least make it somewhat believable.

But I guess thats asking to much from you.....

Are you still claiming the president is not an American, ya big dope?
OP

Cruz needs to just go ahead & do it. whats he waiting for
You must log in or register to reply here.

I believe Christie is going to run

On Christmas, Republicans Quietly Declare War on Themselves

This is a problem for the left
2