I thought everyone knew this already... 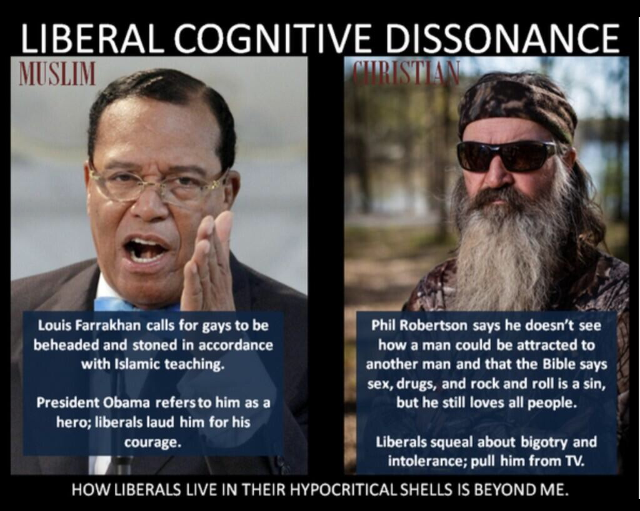 Conservatives have long known and complained that movies and television shows are shot through with overt progressive messages, although the Hollywood left downplays that concern as paranoid. But they may not be aware that even seemingly apolitical entertainment can contain subtle left-leaning messages, and those messages are effective at nudging audiences  even conservatives  to the left.

The science is settled. According to research published in the December edition of Social Science Quarterly, viewers who are not prepared to be critical about what they see onscreen are more likely to experience a temporary politically leftward shift when watching Hollywood movies with an underlying liberal message.

A team of political scientists at the University of Notre Dame set out to investigate the power of political messages in popular films. Dr. Todd Adkins, the lead author of the study Moving Pictures? Experimental Evidence of Cinematic Influence on Political Attitudes, wrote that: Media effects research has generally ignored the possibility that popular films can affect political attitudes, an omission he described as puzzling for two reasons:

That concept is a no-brainer. The left has understood the power of film to sway audiences at least as far back as the Nazis. Lenin once said that for us, the cinema is the most important of the arts  important, of course, in terms of propagating their agenda. Over the decades, the less culturally savvy conservatives increasingly ceded that arena to them; the result is that the left owns the culture, and whoever owns the culture dominates the political arena as well.

The cultural battle is the critical one. Unless and until the right starts thinking in terms of waging a vigorous cultural campaign, we will continue to lose presidential elections. Winning that critical conflict requires that we get into the fray, understand and embrace pop culture, and commit to reclaiming it.

As a point of clarification, Lewis Farakhan is not a Muslim. Nation of Islam is to Islam as KKK "Christianity" is to Christianity.

Delta4Embassy said:
As a point of clarification, Lewis Farakhan is not a Muslim. Nation of Islam is to Islam as KKK "Christianity" is to Christianity.

He claims Islam as his religion. I think he knows more about what he believes than you do.

I believe that empathy makes you liberal.


One of the things I have noticed is that people who do not typically like fiction are typically lacking empathy.

editec said:
I believe that empathy makes you liberal.


One of the things I have noticed is that people who do not typically like fiction are typically lacking empathy.
Click to expand...

Empathy makes the immature mind liberal. I was very liberal in my early twenties as I was exposed to more and more of the world around me, influences of great (all be them slanted) books on philosophy and life and suffering. Sensitive people are inherently empathetic, but as one grows and lives, one soon realizes that most liberal(progressive) ideas are actually anti-liberty, anti-motivational, and patronizing.

A liberal is a person who never grew up past the fantasy stage. It doesn't make them necessarily a bad person, but they are still horribly wrong and misguided.

Of course there is also the pernicious brand of leftist, who wants to control people, take from the successful and pretend to care all in order to gain power. But I believe most rank and file liberals are just a little bit stupid in the head.

editec said:
I believe that empathy makes you liberal.


One of the things I have noticed is that people who do not typically like fiction are typically lacking empathy.
Click to expand...

uh...what?
I am, and have always been, a voracious reader. And I am not a liberal.
In contrast, I would say better read people are smart enough to know the difference between empathy for the helpless - and enabling the hopeless.
The problem with every liberal I have ever came into contact with in 48 years - is there unwillingness to consider the latter. That and an inability to perform simple math...if you take more water out of a bucket than you put in - you run out of water! This simple verity totally escapes the liberal mind.
Liberals have not learned from the catastrophic social programs of the 60's and 70's. Despite that these programs have had the complete opposite effect than desired - and have crushed an entire race (not to mention mass segregation) - liberals still want to enable laziness and joblessness and are clamoring to return to these policies.
Last edited: Jan 4, 2014
B

Movies, huh? Gosh and here all along I would have bet it was stupidity that makes a-holes liberals.

All movies or just certain types? Because everytime I watch some action movie I miss my .45
You must log in or register to reply here.

As Trump Secures Support for his Nominee, Biden Calls Another Lid
2

A moment ago
Ridgerunner

MTA workers had a hidden "man cave" under Grand Central where they napped, drank beer and watched TV, watchdog says

Too much candy: Massachusetts Man dies from eating too many bags of black licorice