This is a mock-dialogue between Shiva (Hindu god of destruction) and a Devil's Advocate simply named 'Firegod' (a spirit talking rhetorically about chaos and heat) about 'capitalism-related cynicism.'

SHIVA: Arson is evil, because fire is a metaphysical element/force signifying chaos.
FIREGOD: Fire is heat, and kinetic energy is heat, and energy is a face of reality.
SHIVA: Fire must be respected and controlled and never used for mischief or malice.
FIREGOD: Fire is no different than water, and its use has nothing to do with the user.
SHIVA: Water can drown/overwhelm you, but it is necessary for life, while fire is an 'enhancement.'
FIREGOD: Those who wield fire for philosophical/psychological purposes are 'messengers.'
SHIVA: There must be wariness in using fire for any 'message,' since it's so destructive.
FIREGOD: Isn't capitalism destructive/complicated? Americans don't mind wielding 'capitalism messages.'
SHIVA: There's a differenced between investing and gambling...
FIREGOD: There's no such thing as risk-less investing, so all investments are 'gambles.'
SHIVA: Wall Street investors today carefully plan and study before presenting diversified portfolios.
FIREGOD: However, all Wall Street insiders know that they must be ready for the unpredictable.
SHIVA: Yes, the stock market might crash unpredictably, but consumerism is a 'social contract.'
FIREGOD: If people were 'satisfied' with social contracts, they wouldn't make films such as Hellraiser.
SHIVA: There's nothing wrong with evaluation of standards and paranoia, but that doesn't make arson sane.
FIREGOD: You're considered the 'Lord of Destruction,' so why are you preaching about 'prudence'?
SHIVA: Without prudence, there can be no justice (e.g., Enron)...
FIREGOD: Do you realize how may female college students are physically assaulted in fraternities?
SHIVA: Arson can be an expression of frustration (sure), but we have to talk about crime in terms of health!
FIREGOD: I think you're implying that capitalism/lifestyle is a 'prescription,' while arson is a 'condition.'
SHIVA: I doubt that President Donald Trump thinks about the Gulf War in terms of 'circumstance'...
FIREGOD: If fire is a 'dangerous element' (as you suggest), why do people use the term 'heated debate'?
SHIVA: Fire is merely a 'symbolic compass' we can use to understand/appreciate the fragility of existence!
FIREGOD: When the Taliban attacked the World Trade Center on 9/11, I doubt Americans pondered 'Utopia.' 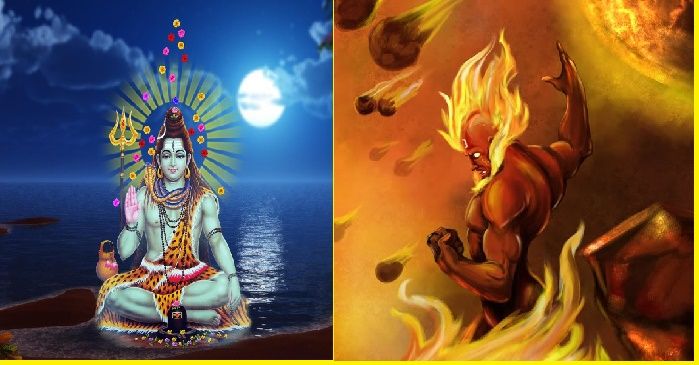 A Little Help; For You New Liberals...

So is it Liberal or Progressive this week?

Blacks throughout history have proven they are not equals.
2 3

A moment ago
abu afak

What happened to the Party of Worker’s rights?
4 5 6

What should we do to employers who hire illegal immigrants?
2