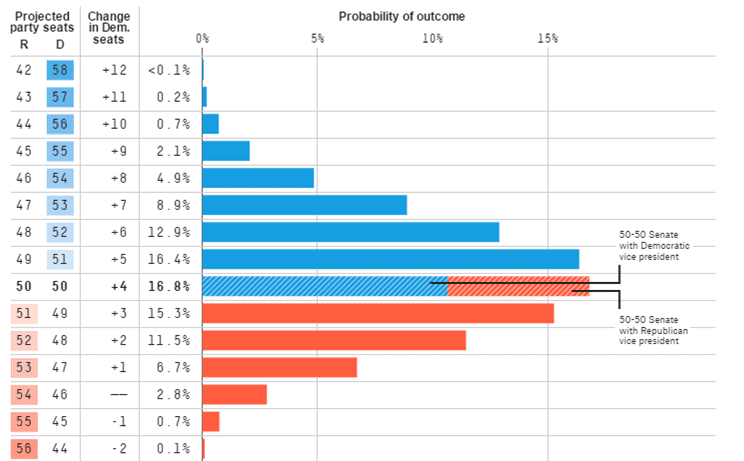 Latino support for Clinton set to hit record high for a presidential candidate — and for Trump, a new low

Not only are Latino voters set for record turnout this election, but a new poll Sunday shows Latino support for Donald Trump may be lower than for any Republican presidential candidate in more than 30 years.

Hillary Clinton has support from 76% of the Latino electorate, according to the Noticias Telemundo/Latino Decisions /NALEO Educational Fund poll.

That's a higher level of support than President Obama won in both of his elections. Latino Decisions' survey showed 75% of Latinos backed Obama in 2012. Exit polling put his support at 71%.

Just 14% of Latino voters backed Trump, the survey found, That's about half of Mitt Romney's 27% showing with Latinos and fewer than the GOP's low-point when Bob Dole won 21% of the Latino vote in 1996.

Polling in California found similar results, according to the final statewide USC Dornsife/Los Angeles Times survey. Clinton was winning 73% of Latino registered voters compared with 17% for Trump in a two-way match up, the poll found.

Republicans approached this election year hoping to improve their standing with Latinos, a growing part of the electorate. But instead, their candidate seems to have had the opposite effect.
W

This is what it's really all about, Alfie...

U.S. voters want leader to end advantage of rich and powerful
Tue Nov 8, 2016 | Americans who had cast their votes for the next president early on Tuesday appeared to be worried about the direction of the country, and were looking for a "strong leader who can take the country back from the rich and powerful," according to an early reading from the Reuters/Ipsos national Election Day poll.

The poll of more than 10,000 people who have already cast their ballots in the presidential election showed a majority of voters are worried about their ability to get ahead and have little confidence in political parties or the media to improve their situation. A majority also feel that the economy is rigged to mostly help the wealthy. The poll, which will be updated as additional responses are tallied and votes are counted throughout Tuesday, found: 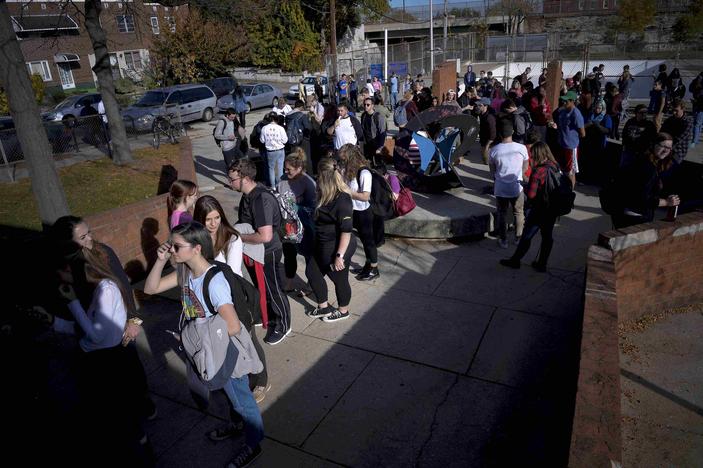 Hundreds of Temple University students wait in an hour-long line to vote during the U.S. presidential election in Philadelphia, Pennsylvania​
- 75 percent agree that "America needs a strong leader to take the country back from the rich and powerful."

- 72 percent agree "the American economy is rigged to advantage the rich and powerful."

- 68 percent agree that "traditional parties and politicians don’t care about people like me."

- 76 percent believe "the mainstream media is more interested in making money than telling the truth."

- 57 percent feel that "more and more, I don't identify with what America has become."

- 54 percent feel "it is increasingly hard for someone like me to get ahead in America." 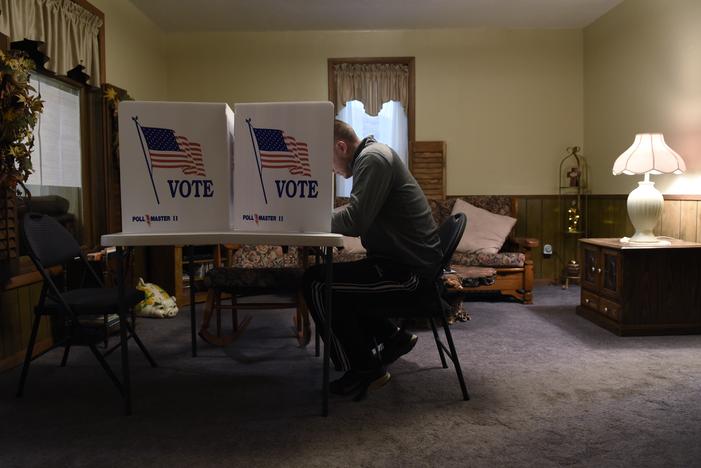 A voter fills out his ballot in a living room polling place during the presidential election in Dover, Oklahoma.​
The Reuters/Ipsos online opinion poll was conducted on Election Day in English in all 50 states. It includes 10,604 Americans who have already cast their vote in the presidential election and has a credibility interval, a measure of accuracy, of 1 percentage point. The poll also includes a variety of questions about the presidential race, which candidate people supported, and why. Those results will be published later in the evening, after most of the votes have been counted and state races have been called.

Looks like Jake was wrong again. The Senate stays red.
B

Just another Jakeoff thread playing to other lefty losers' dreams in here.

In reality dimocrats on are the road to oblivion but keep trying to convince themselves otherwise. Stupid is as...

At what percentage did Silver put the odds of Hildabeest winning the election?

Why should he have any credibility now?
OP

Silver will always have more cred than you is the point here, Murica.

Silver didn't even change his odds to 55% Trump until after it was clearly evident that he was going to win. He's just another in a long line of DNC hacks.
M

At what percentage did Silver put the odds of Hildabeest winning the election?

Why should he have any credibility now?
Click to expand...

I think Silver gave the Beast a 80% chance of winning and a almost 0% chance of Trump winning the nomination in the first place.

HuffPo of course gave the Beast a 98.4% chance of wining the nomination.

These things happen when you take the likes of Flakey seriously.
You must log in or register to reply here.

About that "strikingly anti-Semitic" Trump ad the Jews are freaking out over...

As we go marchin' through Georgia on my mind.

Blue Wave On The Horizon
2 3

A former Dem was on CBC saying: "Pennsylvania takes long to count votes due to their electoral rules", I didn't hear ANY of this in 2016
2

The pollsters were wrong -- again. Why do we listen to them?

Remember when they tried to overturn the 2016 election?
2

R
Laugh out Loud, the GOP's Leadership is now bumbling.
2