That's good; this kind of stuff can save lives.

UK scientists have been given the go-ahead by the fertility regulator to genetically modify human embryos. It is the first time a country has considered the DNA-altering technique in embryos and approved it.

The European Medicines Agency (EMA) said on Friday it had endorsed the therapy, called Strimvelis, for a tiny number of children with ADA Severe Combined Immune Deficiency (ADA-SCID) for whom no matching bone marrow donor is available. Around 15 children a year are born in Europe with the ultra-rare genetic disorder, which leaves them unable to make a type of white blood cell. They rarely survive beyond two years unless their immune function is restored with a suitable bone marrow transplant. SCID is sometimes known as “bubble baby” disease, since children born with it have immune systems so weak they must live in germ-free environments.

A vector, which is used to transport the healthy gene into the patient's cells​
Strimvelis is expected to secure formal marketing authorization from the European Commission in a couple of months, making it the second gene therapy to be approved in Europe, after UniQure's Glybera, which treats a rare adult blood disorder. The U.S. Food and Drug Administration has yet to approve any gene therapies but a growing number of U.S. biotech companies, such as Bluebird Bio, have products in development. Other large pharmaceutical companies are also eyeing the field, including Bristol-Myers Squibb, which has a tie-up with UniQure.

Research into gene therapy goes back a quarter of a century but the field has experienced many setbacks, including the high-profile death of an American patient in 1999 and some disastrous clinical trial results in the late 1990s and early 2000s. Now, though, optimism is building, helped by the discovery of better ways to carry replacement genes into cells. Martin Andrews, head of GlaxoSmithKline's rare diseases unit, believes the technology is proving itself, although it remains at an early stage of development. "We're on page one of chapter one of a new medicine text book," he told Reuters. A host of challenges still need to be overcome, including the complexity of delivering a product like GSK's new treatment, which requires bone marrow cells to be taken from the patient, processed and injected back.

Trickiest of all may be pricing, given the tiny market for a therapy like Strimvelis. UniQure's Glybera made history in 2014 as the first drug to carry a $1 million price tag. GSK is not putting a price on its product but a source close to the company said that, if approved, Strimvelis would cost “very significantly less than $1 million”. GSK has several other gene therapies under development with researchers at Fondazione Telethon and Ospedale San Raffaele in Italy, including treatments for metachromatic leukodystrophy and Wiskott-Aldrich syndrome that could be submitted for regulatory approval in the next couple of years. Its Strimvelis treatment for ADA-SCID is also being lined up for submission to U.S. regulators, although Andrews said this would not happen before the end of next year.

This is very dangerous and unethical, and could lead to serious consequences, which include all the horrors that we have read about in science fiction stories.
OP

Blackrook said:
could lead to serious consequences
Click to expand...

Scientists Say Gene Editing Should Stay in Labs
June 09, 2016 | WASHINGTON — Much as they did at the onset of the Atomic Age, scientists are now grappling with the ethics of a technological advancement — in this case, our ability to manipulate the genetic code.

And they warn that civilization is rapidly approaching the point where it will have to decide what to do with its newly acquired power to change the genetic structure of living things. The newest conversation has to do with an enhanced inheritance system known as the “gene drive,” a self-replicating bit of genetic code that scientists could use to pass on created genetic traits to the offspring of a living thing in the wild. We modify the genetics of things we control all the time, Mendel's plants for example, and we cross-breed domesticated animals and agricultural products to make them more productive, or adaptive to harsh climates. 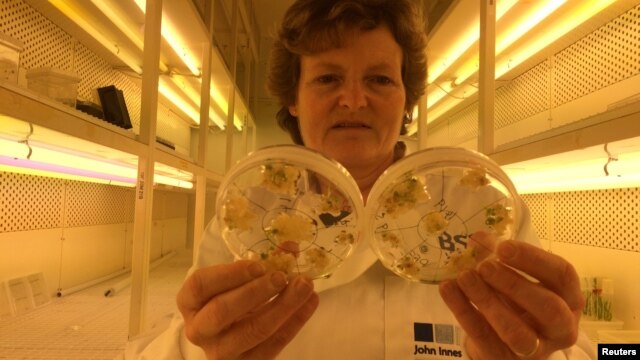 Professor Wendy Harwood poses for a photograph in a plant breeding incubator room with barley plants that have undergone gene editing at the John Innes Center in Norwich, Britain​
But inserting a modified bit of DNA into a gene drive makes it possible to pass along genetic traits to plants and animals in the wild, even traits that reduce their fitness for survival. Conceivably, scientists could use a gene drive to wipe out the Aedes aegypti mosquitoes that carry the Zika virus, or invasive species that are destroying native plants and animals.

In a report published Wednesday, the U.S. National Academies of Sciences, Engineering and Medicine endorsed research on the technology but also warned that nobody knows whether the release of altered organisms into the wild would cause some unwanted consequences. The NAS committee, made up of 16 biologists, ethicists and policy makers, says that in spite of clear potential benefits of the new technology, there is not enough evidence to support any release of modified organisms into the environment. For understandable reasons, many people would support disabling organisms such as mosquitoes and some rodents from carrying the diseases. 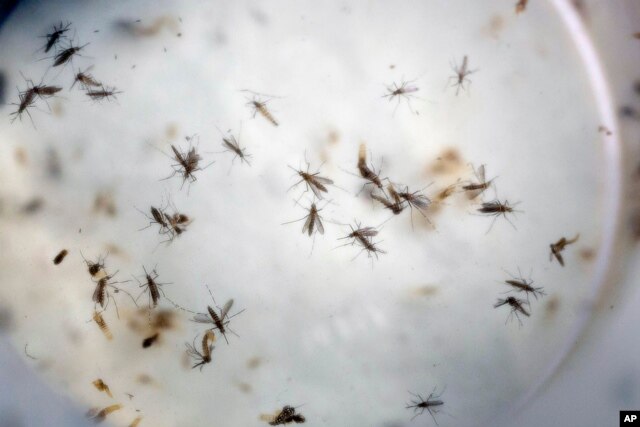 Aedes aegypti mosquitoes are seen in a mosquito cage at a laboratory in Cucuta, Colombia​
But scientists say before doing that we need to fully understand the scientific, ethical, regulatory and social consequences of such a move. Scientists say, unlike pesticides or genetically modified organisms, the “gene drive” is spread through sexual reproduction and will keep spreading as long as the target organism keeps reproducing. It cannot be localized within a farm or within a country’s borders. In addition, if a modified organism mates with another species, the gene drive could spread to the non-target species, perhaps driving it into extinction.

We should shut down the genetic labs, destroy all the research, and ban it.

Make all humans one race, one color of skin, same color of eyes, same hair, one sex. Soon...the earth and all creatures will breathe a sigh of relief.
Last edited: Jun 10, 2016

Gracie said:
Make all humans one race, one color of skin, same color of eyes, same hair, one sex. Soon...the earth and all creatures will breath a sigh of relief.
Click to expand...

Yes, they might try to do that. That's why we have to shut this down, now.

I don't think anyone will disagree that there are too many hogs at the trough.

Soon. But a shitload needs to go along with me.

Soon. But a shitload needs to go along with me.
Click to expand...

No need to wait. I will tell them where you ended up and they already know what
they need to do to get there.
You must log in or register to reply here.

E
As the world looks the other way
2 3

Shades Of Nazi Germany: Biden Wants Americans To Report / Turn In 'Radicalized' Friends And Family To His Govt
18 19 20