Last year saw lots of social investments in indoor media for work and play because of the Coronavirus quarantine, and the brand-new video-game Doom Eternal, was one of these 2020 indoor-life gauged tech-media offerings. I thought I'd offer up a quarantine ABCD vignette inspired by this high-octane video-game. God bless,

"This is my PS5, an advanced video-game system. I've played video-games all my life, growing up with Sega and Nintendo, with Playstation 3 (PS3) being my first new era system. I played many games on my PS3, including Genji and FIFA Soccer, and this story is about a strange and lucid dream I had after purchasing the fantasy-adventure video-game Doom Eternal for my PS5. As you can see, my PS5 is superior, and perhaps my lucid dream was created by my intensive enjoyment from this advanced video-game system. You decide the value of this tech dream, my friends." 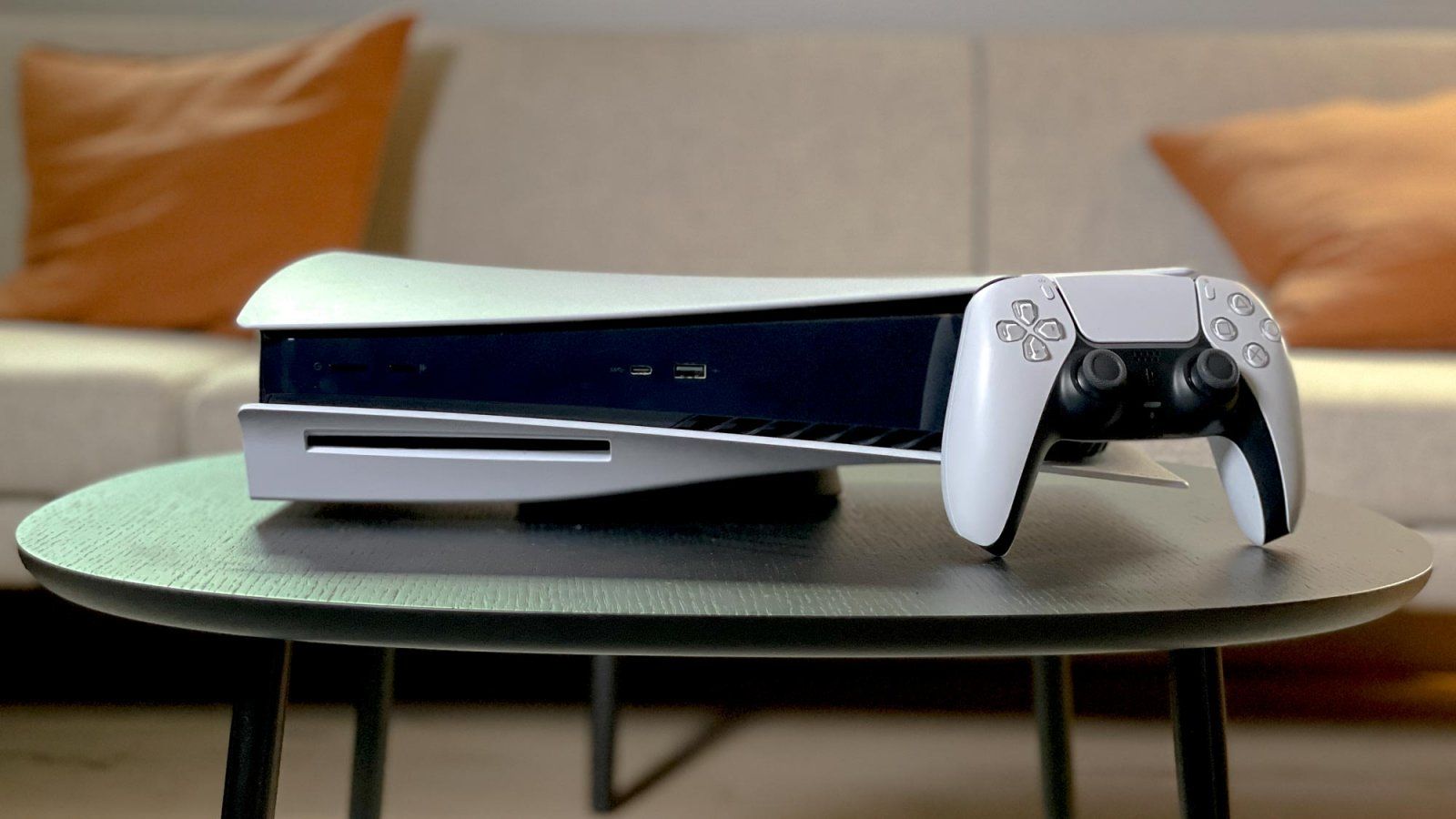 "My name's Isaac Satan. I've competed casually in some online video-game tournaments, mostly Madden and some chess games online. I do pretty well, earning above-average ratings. Doom Eternal is an excellent 2020 game, available on the PS5, and I spent many hours playing it one Friday night, which is when I had my strange and lucid dream in which I was actually virtually transported inside the game as the playable warrior-avatar Doom Slayer (or 'Demon-Slayer'). However, I'm just Isaac Satan, not Demon Slayer." 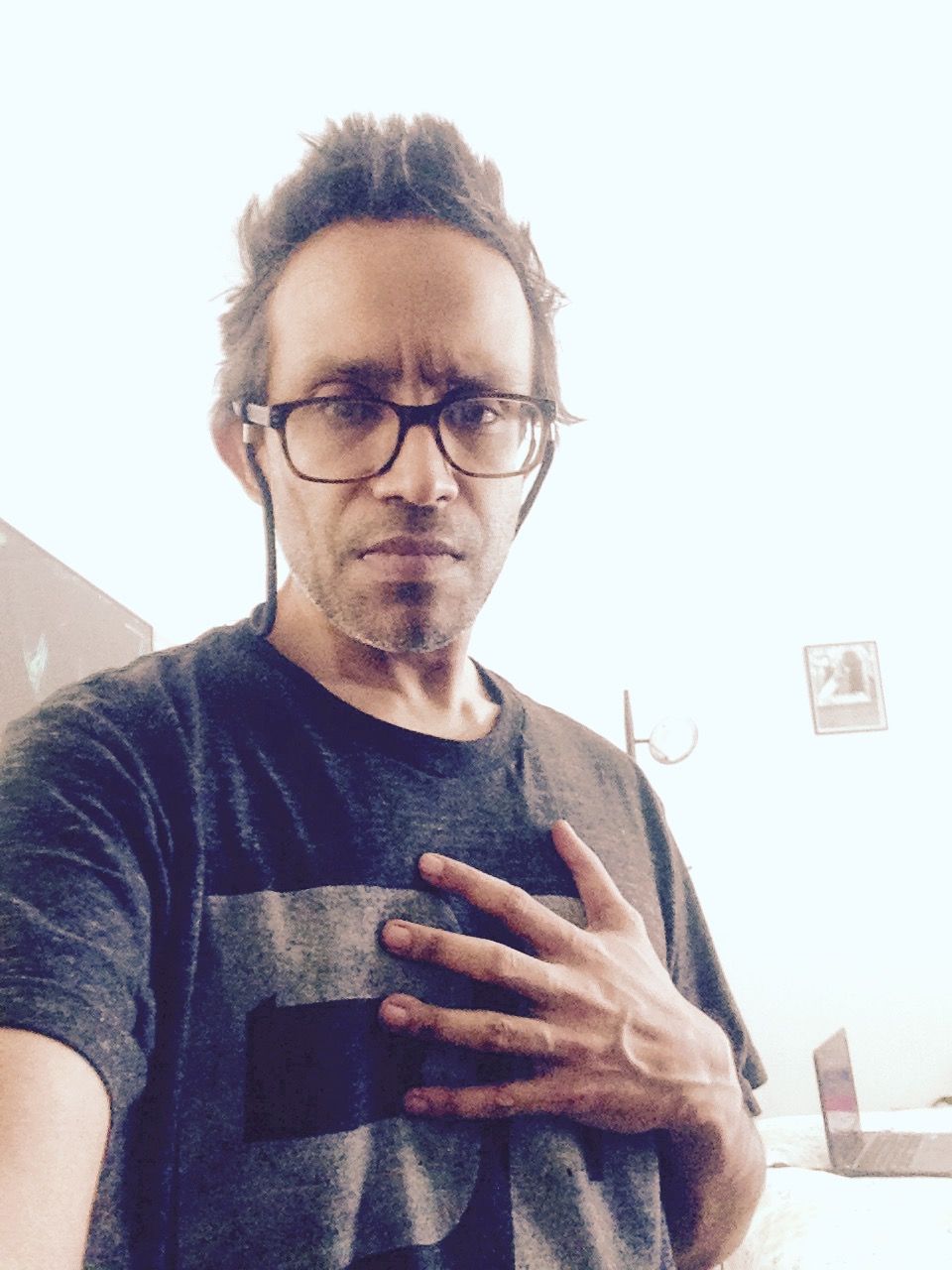 "I'm a devout Catholic and believe in the normal sacraments and refrain from idol worship and spending too much time obsessing over technology and toys and modern gadgets. However, my PS5 is valuable to me as is my participation in various video-game tournaments online. I decided that Friday night to dress up as a 'Demon-Slayer' while I played the PS5 fantasy-adventure game, extremely graphic, on my system at home. I even wore sunglasses for this 'dystopian' gaming experience, my good friends." 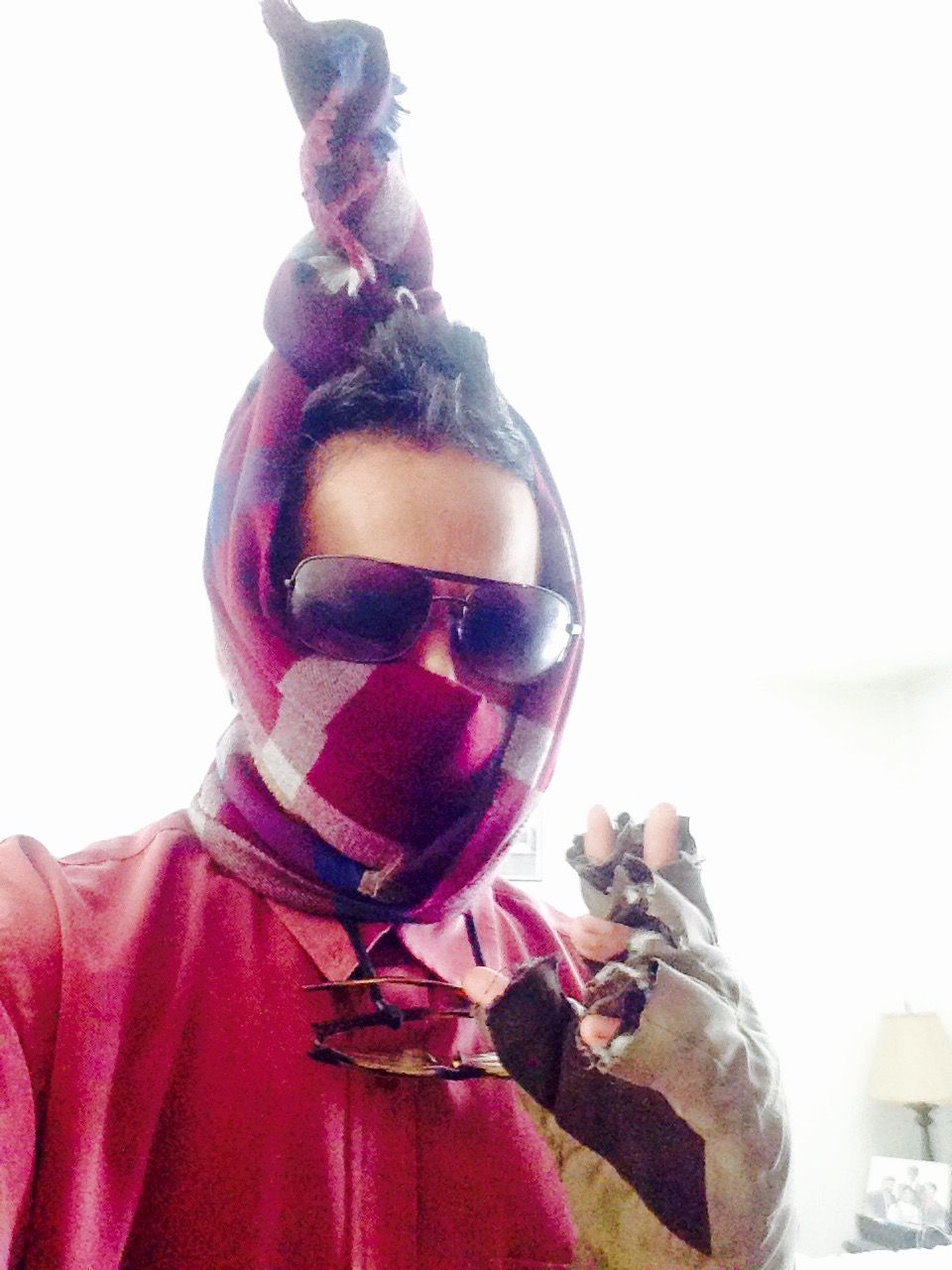 "That Friday afternoon, I visited a cafe in my hometown near LA where I ran into an old college professor Marcus and his beautiful new wife Desdemona. Well, my professor is actually quite young, but he's old in terms of being in my past, since I graduated from UCLA almost 3 years ago. Anyways, I ran into Marcus and his wife Desdemona and told Marcus of my excitement with my new PS5 and Doom Eternal, and he began telling me about Desdemona's exciting world-intensive experience with magazine culture." 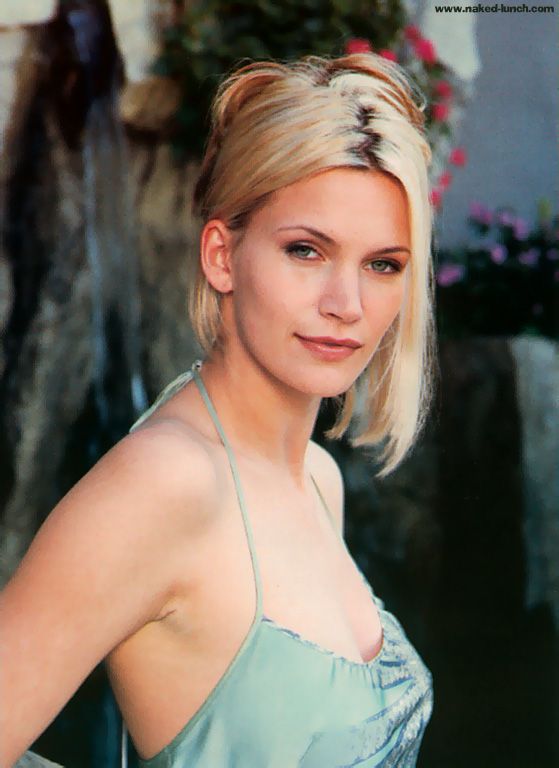 MARCUS: Don't play too many video-games, Isaac.
ISAAC: No, sir, Doom Eternal feels like the flight simulator of my gen.
MARCUS: That's cool, young man, but you need to immerse yourself in real life too.
ISAAC: I know, I know, and I'll always remember your cool classes on dystopian psychology.
MARCUS: Good to see you again, Isaac! 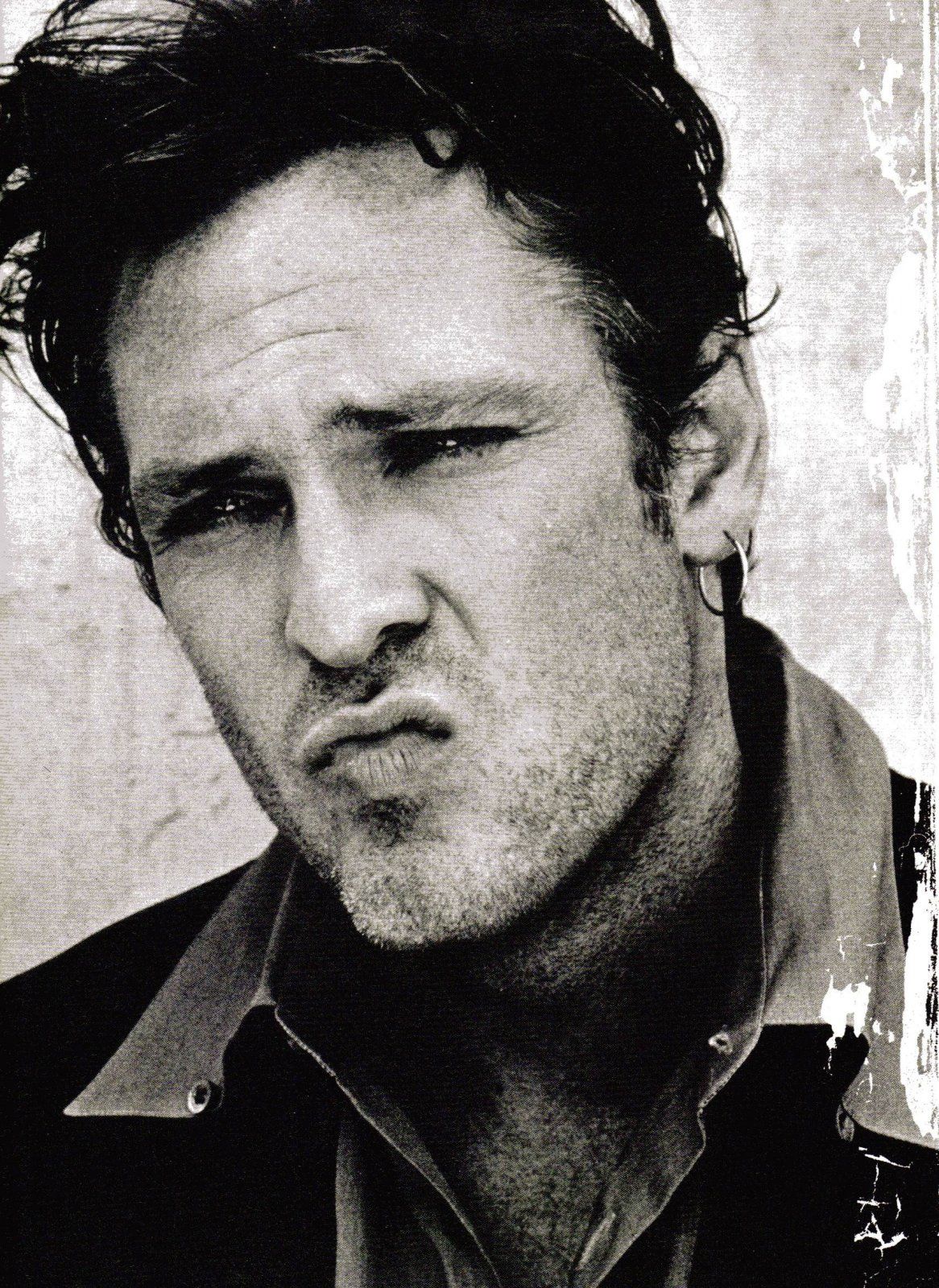 "Marcus is a really cool guy, and his wife Desdemona is drop-dead gorgeous. He's doing really well in his life and career, and I feel happy for him. I had no idea that these two random world figures would be part of my very strange and lucid dream in which I was transported inside the Doom Eternal game universe and realized I'd become the real avatar Demon-Slayer! I wonder what Marcus would say if I told him I was in this environment involving fascism and rebellion and warlocks and space-knights of the future in which he and his wife were 'characters' from the game-story, the actual warlord and siren Hayden and Medusa, in a landscape rich with darkness!" 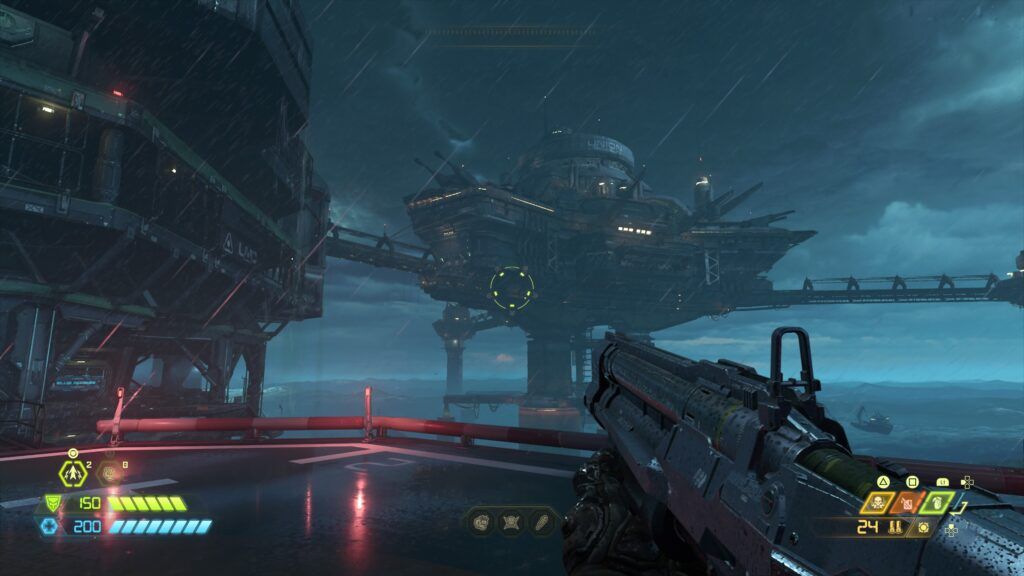 "Inside the game, I appeared as the helmet-weaaring knight-crusader Demon-Slayer. I had various weapons such as Combat Shotgun, Super Shotgun, Heavy Cannon, Rocket Launcher, Plasma Rifle, Chaingun, and yes, the dreaded Chainsaw. I'm obligated as a rebel to defy the evil fascist Union Aerospace Corporation (UAC) led by Hadyen and Medusa and killing the Hell Priests: Deags Nilox, Ranak, and Grav. I'm part of the human resistance known as the Armored Response Coalition Independence Rebel Axis (ARC-IRA). I realized I was breathing the air and fumes of the oppressed planet and had to prepare to deal with the hell of darkness in Doom Eternal." 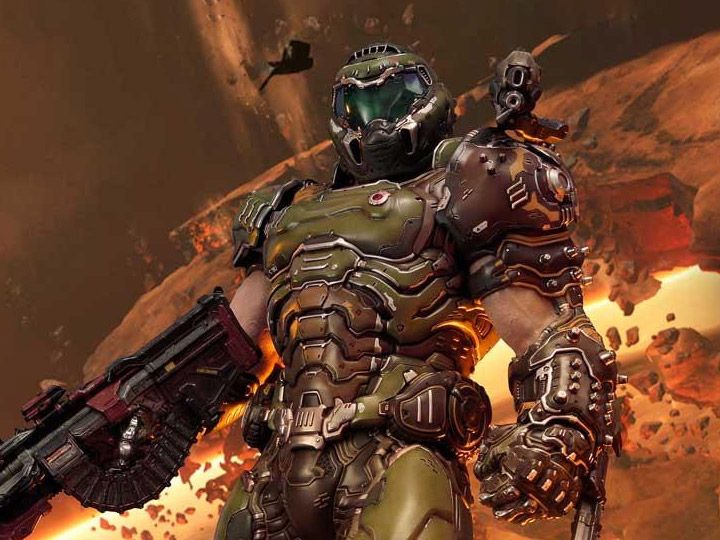 "When you use the chainsaw, your ammo and energy drop quickly, but it's a nasty and hasty weapon creating much havoc at the expense of annoying demons who pop up in your vision. That's what makes this chainsaw weapon both diagonal...and defined. I used it liberally while fighting the UAC and their minions in my very lucid dream experience. Very cool but very dangerous." 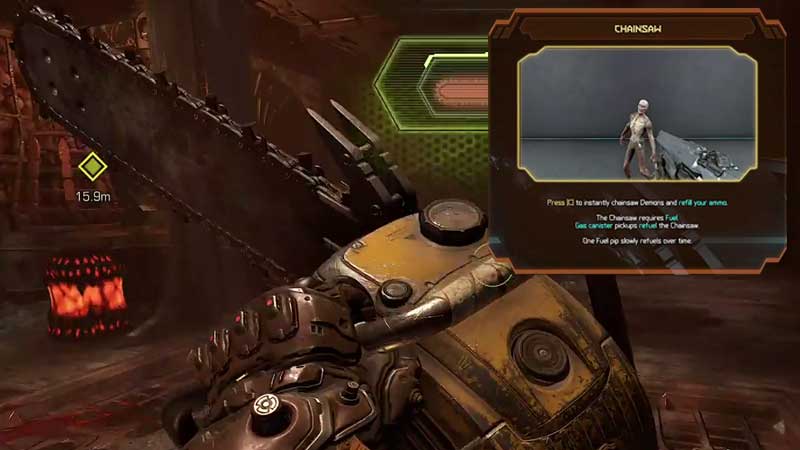 "I hook up with the resistance portal commandeered by the AI VEGA system offering guidance and weaponry enhancements to those fighting for the ARC-IRA and seeking to destroy both the Hell Priests and Hayden/Medusa. The Vega muse, Trinity, informs me that to defeat Hayden and Medusa, I need to remain both vigilant, courageous, and honest. I tell her, this amazing holographic woman, that in the 'real-world' in California where I'm actually from, I was an excellent billiards player, comic book artist, electronic musician, chef, and possess above-average thievery skills, using these skills in some laser-tag and paintball games on Earth as well as in some capture-the-flag school games requiring theft mastery. The Vega muse tells me I must harness and balance all these skills to steal the sacred gems owned by Hayden and Medusa in their gold fortress." 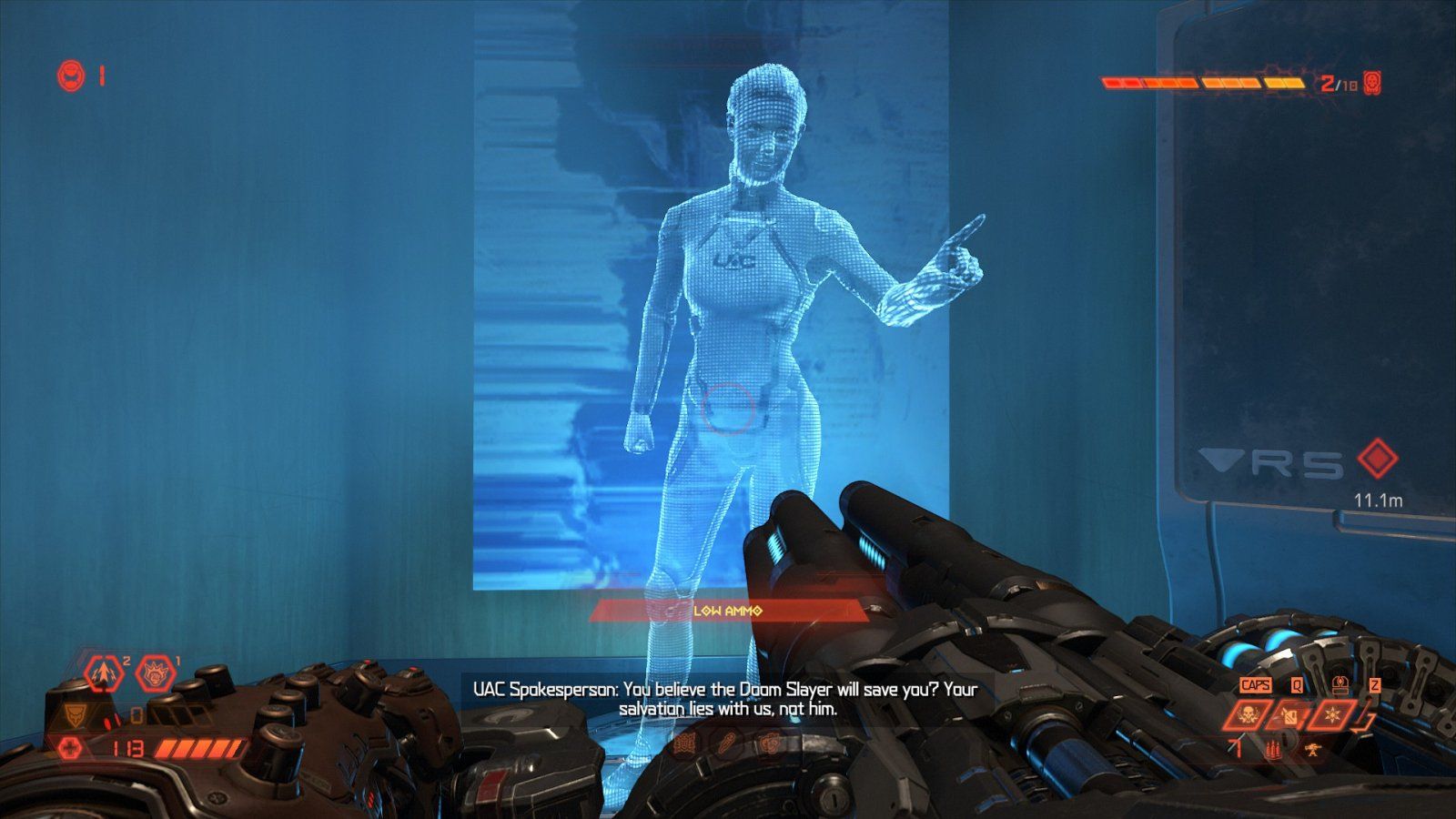 "When I'm returned to the battle arena, I use my various guns to burn and destroy the numerous gargantuan servants of Hadyen/Medusa and the UAC. This is a realm of real darkness and oppression, and I have to use Vega muse's advice and balance my footwork, hand-eye-coordination, electronic senses, and hustling and thievery acrobatics to reach various platforms while evading monsters to eventually get to the gold fortress. What a dream I'm having, right, my good friends?" 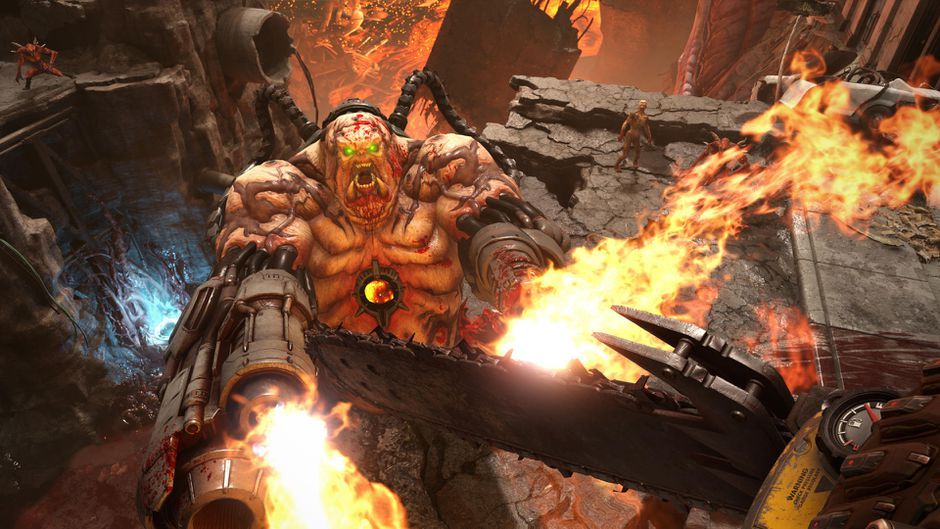 "When I reach the gold fortress of Hayden/Medusa, I learn that the sacred crystal-gems Vega muse told me about are absolutely brilliant! As Demon-Slayer, I tell one of Hayden's guardsmen that I'm defecting from the ARC-IRA and have the necessary armor and gear to infiltrate the old rebel lairs as a pretend-defender but require photos and holographic images of the sacred crystal-gems to do so and attain insider credibility. The guardsman tells me I need to do this quickly, before Hayden returns. When I'm escorted inside the gold fortress gem box room, I switch the gems quickly with the fake ones I obtained from the planet-wizard Dartmouth and then tell the guardsman I've taken the appropriate synthetics for defection!" 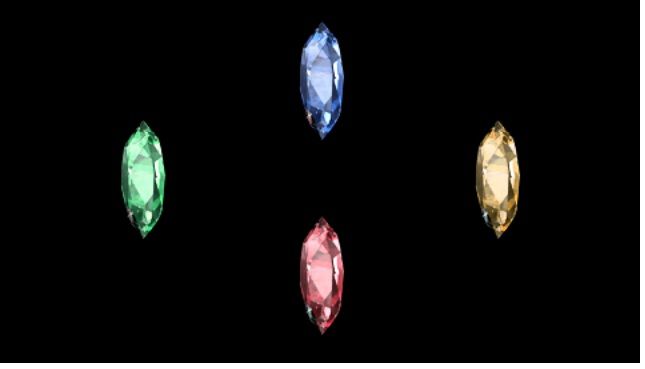 "Once again, I'm transported back outside the fortress and have to return to some horrifying gunfire battles. I deal with these rather extra-large microbial demons called Ghoulies before dealing with some of the UAC security forces seeking to hunt down anyone trying to smuggle treasures across the planet in defiance of the darkness of Hayden and Medusa's crystal gems. The gems I stole, incidentally, are still neatly tucked inside my mechanical body-suit, and the Ghoulies can't burn them (haha!)." 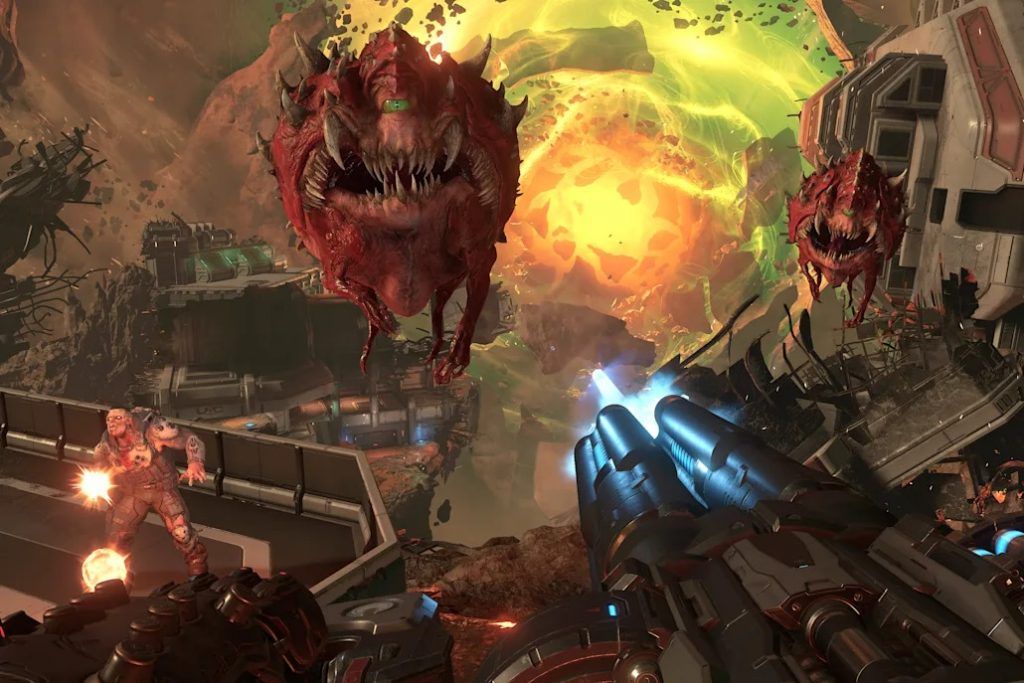 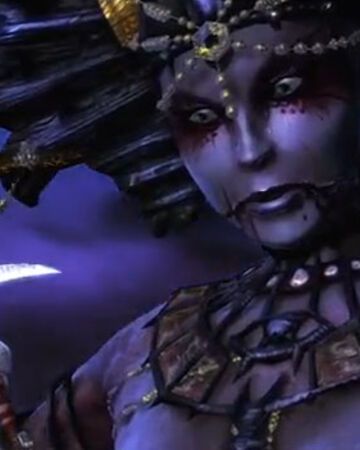 "After poisoning Medusa with some handy-dandy smoke clouds, I use a head-shrinking bomb to turn Hayden into a troll. I then have to contend with the UAC guardsmen who're all armed like I am, so I throw them all off with an all-encompassing macro-disorienting spreadfire, rendering them as dummies, which otherwise they're not...these guys are otherwise real drones, and they all look like me, man." 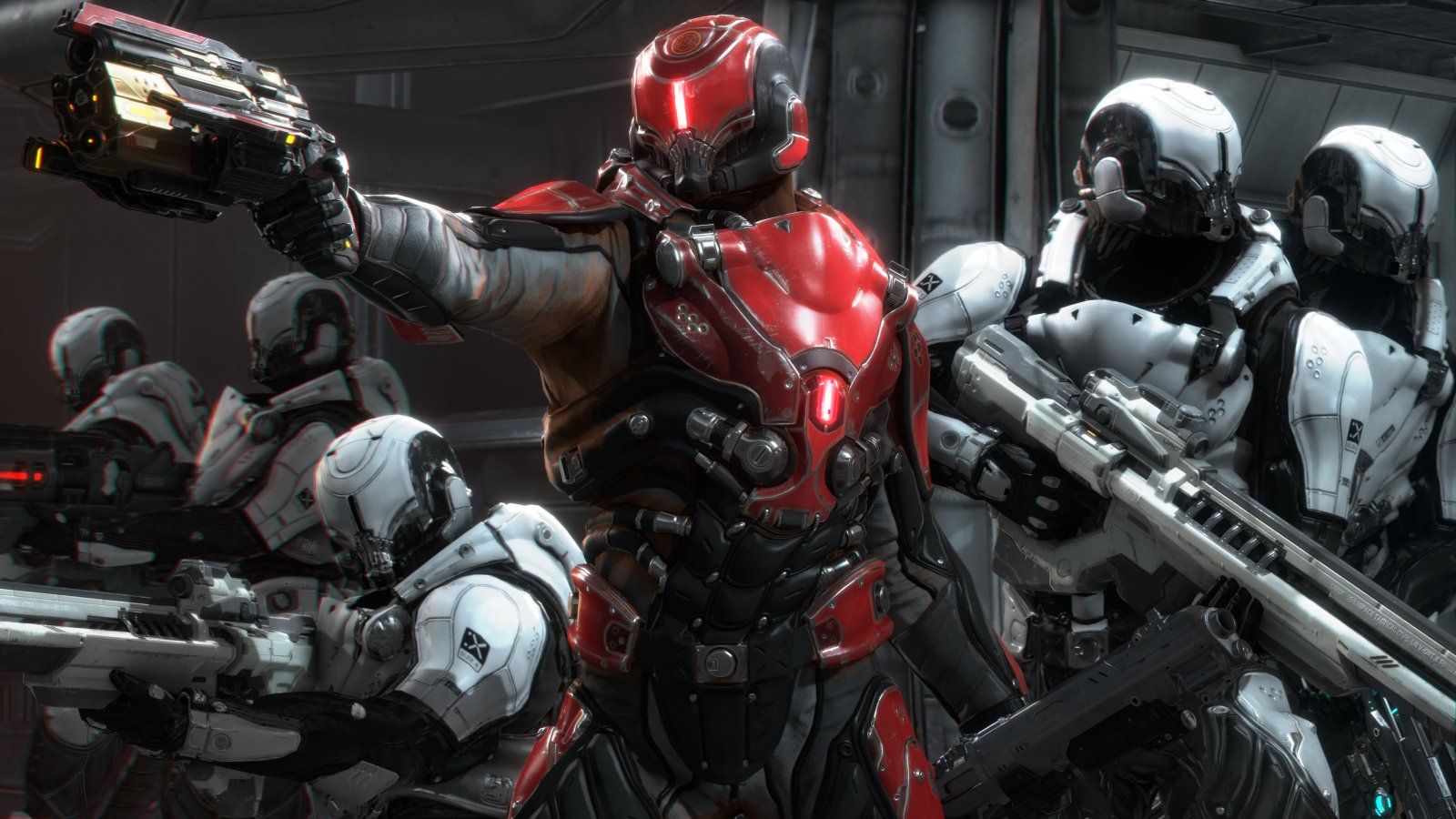 "My friend asked me what Marcus and Desdemona and their minions looked like in this Doom Eternal lucid dream I had, and I had to explain to him that contending with such other-realm required some serious vitality divination, because these evildoers are no small diary. They look like dogs of war." 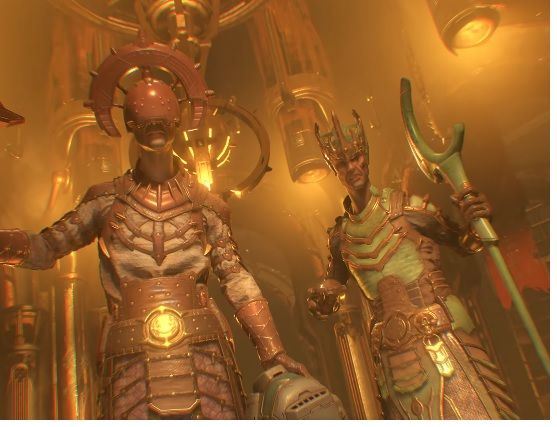 "That's the end of this story. You might've enjoyed the level of intensity, darkness, combat, and knighthood. I'm a devout Catholic and don't consider this dream-experience any reflection on my normal sane spiritual life in California. I called Professor Marcus and told him Doom Eternal is the best thing since ATMs."

Why won’t Merrick Garland release the affidavit for the Mar A Lago invasion?
35 36 37

Democrats often speak highly about the changing demography of our country…Can they showed us where it’s proven to be a good thing for our nation?
3 4 5