There are more than 100 “Muslim enclaves” in the United Kingdom that are “de facto off limits to non-Muslims due to a number of factors, including the lawlessness, insecurity or religious intimidation that often pervades these areas,” according to a new report.
The report cites the nation’s own census data.
“An erroneous claim on American television that Birmingham, England, is ‘totally Muslim’ and off-limits to non-Muslims has ignited a political charged debate about the existence of no-go zones in Britain and other European countries,” wrote Soeren Kern, a senior fellow at the New York-based Gatestone Institute, in a report about Muslim “no-go” zones.
Kern said that in some no-go zones, “host-country authorities are unable or unwilling to provide even basic public aid, such as police, fire fighting and ambulance services, out of fear of being attacked by Muslim gangs that sometimes claim control over such areas.”
And they are “breeding grounds for Islamic radicalism.”
No-go zones Census data shows 100-plus in Britain
Just brilliant. As an incredibly white atheist who lives in such a neighbourhood here in Atlanta that the media have also repeatedly told me is apparently a sharia-run, no-go zone for non-muslims, I love seeing stuff like this. Some of the "news" media try so hard to sell fear they end up just looking completely ridiculous.
And yup, why do we speaking about the UK if we have a plenty of the same "no\go zones" here in the U.S.? 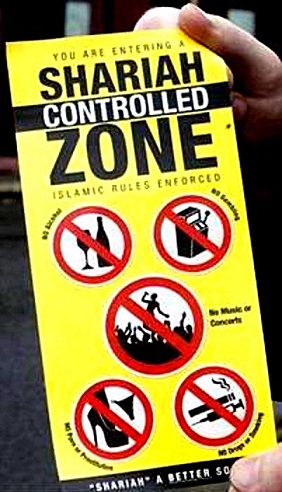 And did you know ebola has secretly killed half of America too?
Puerto Rico hurricane death toll 70 times higher than official government estimate

It would take a take a war to remove these bastards, TODAY. Wait another 50 years and keep doing the same old shit of bringing them in = fucked.
You must log in or register to reply here.

The “Bombshell”: President Trump reached for steering wheel of limo and fought with Secret Service Agents.
49 50 51

Will The FBI Find This Kid A Place To Stay??