Not too surprising; hydrogen and oxygen are such common elements in the universe it's only natural they form as much water as they do.
W

NASA Scientists Urge For Pluto to Regain Planet Status
February 21, 2017 - We may soon be able to once again call Pluto a planet, rather than a dwarf planet if some NASA scientists’ proposal gains traction.

Pluto was called a planet from 1930 to 2006, when it was demoted because there appeared to be other bodies similar to Pluto orbiting beyond it, making Neptune the outermost planet. Pluto’s demotion angered some scientists who are still fighting for Pluto to be reinstated as a planet, including Alan Stern, the lead scientist with NASA’s New Horizon’s mission to Pluto. 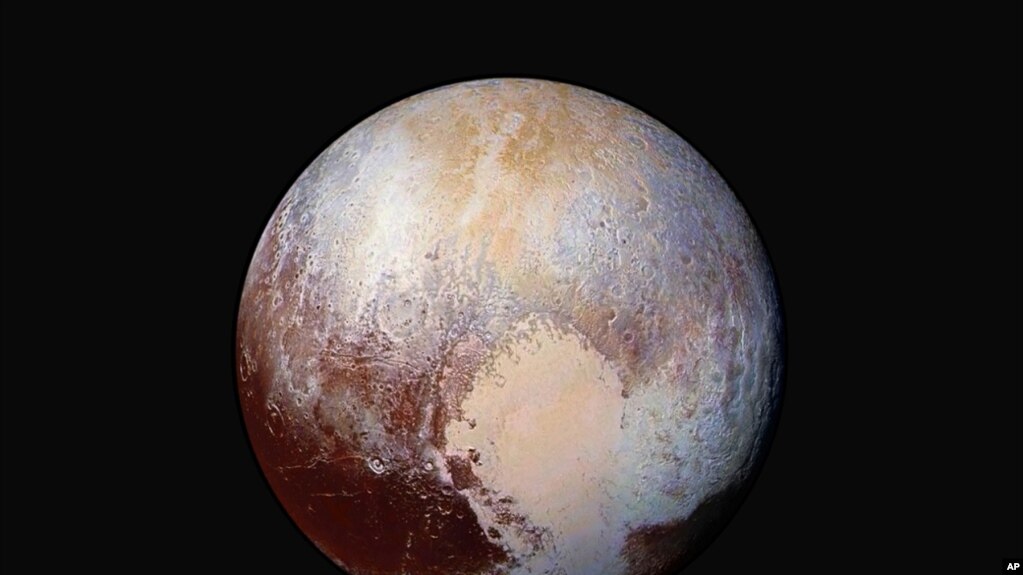 A journey to Pluto reveals a close-up view of mountains of water in frozen fields of nitrogen and methane.​
Stern recently submitted a proposal to the International Astronomical Union to make Pluto a full-fledged planet. “In the mind of the public, the word 'planet' carries a significance lacking in other words used to describe planetary bodies,” according to the proposal. “In the decade following the supposed 'demotion' of Pluto by the International Astronomical Union, many members of the public, in our experience, assume that alleged 'non-planets' cease to be interesting enough to warrant scientific exploration.”

They also say planets should be “round objects in space that are smaller than stars” except for white dwarfs and neutron stars. "A planet is a sub-stellar mass body that has never undergone nuclear fusion and that has sufficient self-gravitation to assume a spheroidal shape adequately described by a triaxial ellipsoid regardless of its orbital parameters," the proposal continued. It’s unclear if the IAU will rule on the proposal.

The "New Horizons" mission to Pluto; A Miracle?

Debate With Atheists/Leftists is Futile

A moment ago
jackflash
J

Breaking News Trump used the DOJ to investigate members of Congress, their families and even a minor child.
14 15 16

F
So I put some deodorant on

Where Is The “Climate Emergency”?
2