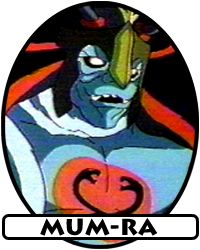 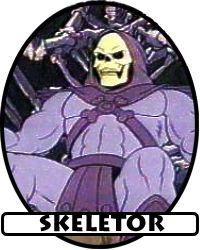 For all you old-schoolers out there.
Haven't done one of these in a while.
Cast your vote and explain why your champion should win.

5stringJeff said:
Skeletor, hands down. It took a sorceress and the strongest man in the universe to keep him at bay. Mumra just fought a bunch of human-cats, and kept losing.
Click to expand...

I voted for Skeletor too, but your forgeting one thing.
Both champions have only been defeated by a weilder of a magical sword.
Without the sword of Omens or the Sword of Greyskull, it wouldn't happen
so easily. I just voted for Skeletor because he has power outside Snake
Mountain, and knows how to use a sword. Not to mention better henchmen
and technology. Mum-Ra needs his chamber to gather strentgh from the
"Ancient Spirits of Evil" and often needs rest in his "Mr. P form" to recharge.
You must log in or register to reply here.

The "Right" to Vote: Unrestricted?

Tucker: You're being instructed not to notice this
2 3