Moscow rose to the fourth place in the ranking of cities

Moscow rose to the fourth place in the best cities ranking. (After London, New York and Paris) 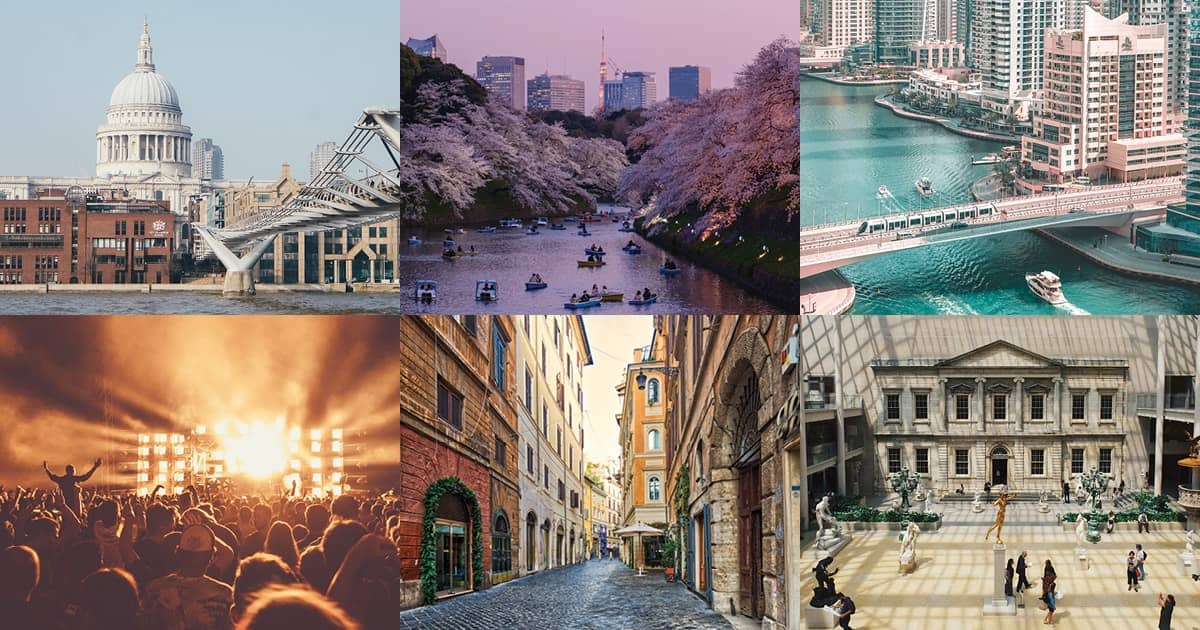 THE WORLD’S BEST CITIES Welcome to the foremost ranking of quality of place, reputation and competitive identity.

Any traveler to Russia will tell you that Russian influence—at least over visitors to the country’s capital—is a very real thing: you’ll fall under the spell of Moscow the minute you set foot in this endlessly fascinating and dynamic destination. Curiosity about Russia has increased as political intrigue has grown, which might explain why Moscow was the 14th-most trending city over the past year, according to our Google Search ranking. The global fascination has as much to do with the spectacular 2018 FIFA World Cup (Moscow’s Luzhniki Stadium in the city’s 360-acre Olympic complex hosted the pivotal final matches) as with the Kremlin’s global ambitions. Accessing all this excitement has never been easier as the curious and opportunistic can fly into Moscow with ease: the city ranks #4 for Airport Connectivity, up one spot over last year. Once you’re on the ground, the recently renovated Moscow subway is increasingly the envy of many Western capitals, as much for its improved efficiency and reach as for its regally art-stuffed stations. Whatever brings you to the city, you’re in for an experience at stark odds with the West’s continuously dismaying news about Russia. Moscow is what Travel + Leisurecalls a “revolution of creativity,” giving it an atmosphere of young, free-thinking exuberance that has touched every aspect of city life, from its art and food scenes to quirky, only-in-Russia shared workspaces. The first so-called “post- Soviet generation” of Muscovites has traveled the world, returning with suitcases full of ideas that they’re unpacking to huge effect in their always-proud city, sanctions be damned.
------------------------
Sanctions are really insufficient, we certainly need a real war. Should we sacrifice Europe to stop the Russians, or allow them to became even more stronger?
OP


Moscow Is The Unfriendliest City On The Planet - Business ...
www.businessinsider.com › Life Contributors › Life


May 28, 2014 — The Chinese capital was the second worst city for helpfulness of locals and friendliness of its taxi drivers. It also scored poorly for shopping and ...


May 28, 2014 — Rubbish hotels, terrible value and the least helpful locals: Russian capital Moscow voted the worst city in the world to visit ...


Feb 13, 2019 — Moscow has been named as the world capital of traffic jams in 2018 in an annual report released by the INRIX automotive analytics company.

Feb 5, 2020 — According to the 2019 Index, Moscow Region (as a federal entity) ranks worst in Europe with a 59 percent congestion level, meaning that a trip in the city takes 59 percent more time than it would in baseline uncongested conditions.

Silver Cat said:
Sanctions are really insufficient, we certainly need a real war. Should we sacrifice Europe to stop the Russians, or allow them to became even more stronger
Click to expand...

Because the sanctions as they exist today dont make sense. European and American sanctions prohibit companies from these countries to engage in some businesses with Russian partners. In other words, the US and EU virtually sanctioned their own companies (they limit exports of some goods and services).

The things should be opposite - it is Rissian companies should be restricted from exporting their goods and services.
You must log in or register to reply here.

The Welsh dragon is unleashed.

How the new President will screw Johnson and his muppet crew

"As painful it may be, I believe the next attorney general should investigate Trump & if warranted prosecute him for federal crimes”-Andrew Weissman