Moronic rioters get their buddy killed.

aaronleland said:
Pro tip: If a 2 ton piece of metal comes flying at you... MOVE.
Click to expand...

You take just 3 tons, and what do you get....
Another dead wacko and a driver arrest.....
Joe Biden don't you call us cause we wont go.....
You're a commie traitor with your running mate ho.....
(Tune of 16 Tons by Tennessse Ernie Ford)

aaronleland said:
Pro tip: If a 2 ton piece of metal comes flying at you... MOVE.
Click to expand...

You take just 3 tons, and what do you get....
Another dead wacko and a driver arrest.....
Joe Biden don't you call us cause we wont go.....
You're a commie traitor with your running mate ho.....
(Tune of 16 Tons by Tennessse Ernie Ford)
Click to expand... 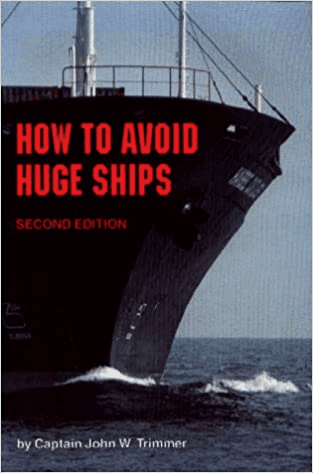 Here are some of the reviews:


"This book is great, and has undoubtedly saved myself and my family from many close encounters with large ships. Remember that large ships are solitary hunters and rarely travel in large packs. If you do find yourself in proximity to a large ship without an adequate barrier through which you might safely observe it, immediately recognize that you are in danger.
• Avoid splashing on the surface of the water, and try to swim smoothly at all times. Avoid sudden or erratic movements when in the presence of a large ship, as this may draw attention to you and, worse yet, give you the appearance of being wounded. If you see a large ship nearby while diving, stay as still as possible to avoid attracting its attention or threatening it.
• In the event that a large ship is tracking you and seems ready to attack, try to stay calm.
• Do not look directly at a large ship. Make yourself look big. Whatever you do, do not run. Running away from a large ship is all but inviting it to attack you and inciting a chase can prompt an uncertain ship into attacking.
• Avoid inadvertently challenging a large ship, do not pee in a large ships domain, an innocent bathroom break may be interpreted by a large ship as an act of aggression and may perceive you as a threat if you urinate in its territory.
• Fishing boats and anglers from shore can attract large ships looking for an easy meal, so refrain from swimming near them.
• This advice should go without saying: Almost any ship that is taunted or harassed will eventually defend itself. Large ships are no exception, though their deadly predatory capabilities make the consequences much higher than with most ships.

Stay safe out there. "

"Recently my husband and I were taking a trip to Madagascar. We were sleeping in our resort until a huge ship came out of nowhere and ruined our entire vacation. Not only did it proceed to cat call and cuss out my husband, but it also ran over multiple families as they fled for their life. After our encounter I bought this book, and to my surprise it was invaluable. Most other advice I had heard about huge ships were to play dead or intimidate the huge ship. This book debunked all myths involving ships of a particularly large size. I now know that intimidating a huge ship is the wrong way to go. The next day I brought this book with me out onto the water. Surely enough we were confronted by a large ship. It was about 2000 yards away, which meant we only had about a few hours until the behemoth barreled over us. I quickly pulled out this book and read away. With only about one hour and forty five minutes left I figured out that I should move a few feet to the left. I can't thank Captain Trimmer enough for saving my life!"


"I think this book misses the bigger issue. We shouldn't be just avoiding huge ships. We should be confronting them. If we spend our lives running away, the huge ships win."


The book now has a sequel. 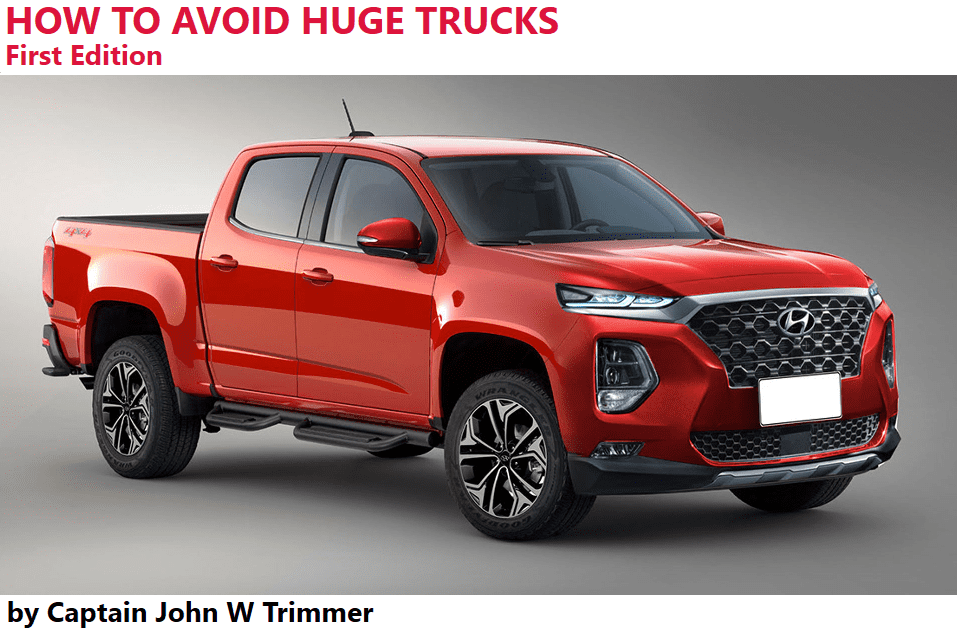 Another one bites the dust......one less moron in this world......sad to see people are that stupid.

"Damn.... Trucks are fucking heavier than I imagined. "
Click to expand...

The last thing to go through a liberals mind when hit by a three ton truck....his asshole.
You must log in or register to reply here.

One Can Always Tell...

P
Will Alberta join the USA?

Steven Pinker: Are you a libertarian? Here's why should vote for Biden
2

Anyone here from Dixie land?

Why are Dems so motivated to pack America with thirdworlders?
2