More on the Sociopaths Kamala Harris Helped Bail Out

Sep172020
More on the Sociopaths Kamala Harris Helped Bail Out
It is often the innocent who bear the consequences of moonbattery. As mentioned earlier, de facto presidential candidate Kamala Harris has promoted the Minnesota Freedom Fund, to which at least 13 Biden staffers have donated money. Its purpose is to bail out rioters and other violent criminals so that they can resume their sociopathic activities. Harris is effectively promoting assault on children and the elderly:

A bail fund promoted by Sen. Kamala Harris helped a man accused of sexually assaulting an eight-year-old girl get out of jail in July, according to court documents obtained by the Daily Caller News Foundation.
The Minnesota Freedom Fund (MFF) also helped post bail in August for a man accused of assaulting a 71-year-old woman as he burglarized her home, court documents show.
Click to expand...

Both incidents were horrific. The Daily Caller has details.

Setting people like this loose will result in more of the same behavior, as anyone brighter than Bill de Blasio is likely to agree. For example, Lionel Melaki Timms was bailed out by the MFF after an arrest for violent assault and soon afterward was arrested for fracturing someone’s skull.

The MFF has struggled to spend the $35 million it received following Floyd’s death. The group revealed in early September that only about 6% of the $3,475,000 it has spent since Floyd’s death had gone to help bail out of jail people facing protest-related charges.
Click to expand...

Too bad the people behind MFF don’t just pocket the money and disappear. It would all be the same to those who responded to Harris’s pitch. Lefty do-gooders who acquire a perverse thrill of self-rightness from donating to the cause of crime must not care about the actual consequences. Unfortunately, far too much of the money has gone to its implied purpose: unleashing havoc on the streets of Minneapolis.

In an astonishing display of either arrogance or incompetence, Harris’s tweet is still active. It links to a fundraising page with her picture and presidential campaign slogan: 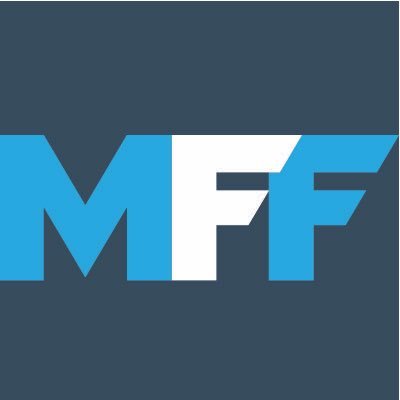 Donate to the Minnesota Freedom Fund

Your support will help post bail for those protesting on the ground in Minnesota.

Did any of you usmb members donate .....animals
Our gay English members probably did

They're all gay...English people that is

So it's not good enough to defund the police, they have to fund the criminals?
You must log in or register to reply here.

“Where’s the sea ice?” Right where it’s been for most of the Holocene.

A typical, democrat party member....who is now a "Shy" Trump voter? May they all turn out and help save America...

H
To all you people that get your news from ABC/CBS/NBC, i.e. MSM ONE word describes you!
2 3

CDZ Lockups; From the Tectonic plates shifting or Covid