We would think therefore that relevant culture-reflective films such as Network and Celebrity symbolize a definitive stance on the 'labor' of media management, but in fact, they are also seen as social art statements of 'civilization cynicism.'

How do we feel about media-scandal stories such as those involving Amy Fisher, David Duke, and OJ Simpson?

In other words, does the media make us feel optimistic or cynical about 'streamlined networking'?

Here's a mock dialogue about 'media consciousness' between Shiva (Hindu god of destruction) and an Insecticon (a fictional warrior-robot who transforms into a giant predatory insect).

How should we feel about 'media hysteria' in a democracy?

SHIVA: Do you think that TV keeps people 'informed'?
BOMBSHELL: Well, certain TV networks do present culture-symbolic programs!
SHIVA: Yes, but do they encourage social analysis or provide 'mindless brain candy'?
BOMBSHELL: Shows such as Who Wants to Be a Millionaire? are simply 'junk food.'
SHIVA: What about shows such as The People's Court?
BOMBSHELL: Some shows explicitly invite social critique.
SHIVA: Why then make a film such as Copycat?
BOMBSHELL: Perhaps people are anxious about 'psychological motivation.'
SHIVA: Perhaps they're anxious about photos and recordings!
BOMBSHELL: Well, if you forget, it's easier to forgive.
SHIVA: The American media has, for example, 'deified' Charles Manson!
BOMBSHELL: People are fascinated by violence --- e.g., Fight Club.
SHIVA: Maybe there should be more media coverage of 'police heroics.'
BOMBSHELL: People don't care about 'bureaucratic elegance.'
SHIVA: Maybe the Nazis were accurate about 'uniformed obedience.'
BOMBSHELL: Maybe the media creates 'artificial imagination.'

HE: Video games are marketed to men.
SHE: Yes, and QVC and HSN are marketed to women.
HE: There is something exciting about virtual reality.
SHE: People assume cyber-terrorism is the domain of men.
HE: Men don't care about photo quality on Facebook.
SHE: Women don't care about the mercantile 'prestige' of Paypal.
HE: Men are interested in 20/20.
SHE: Women like The Oprah Winfrey Show.
HE: Men like 'brain candy' on TV.
SHE: Women prefer 'youth-oriented TV.' 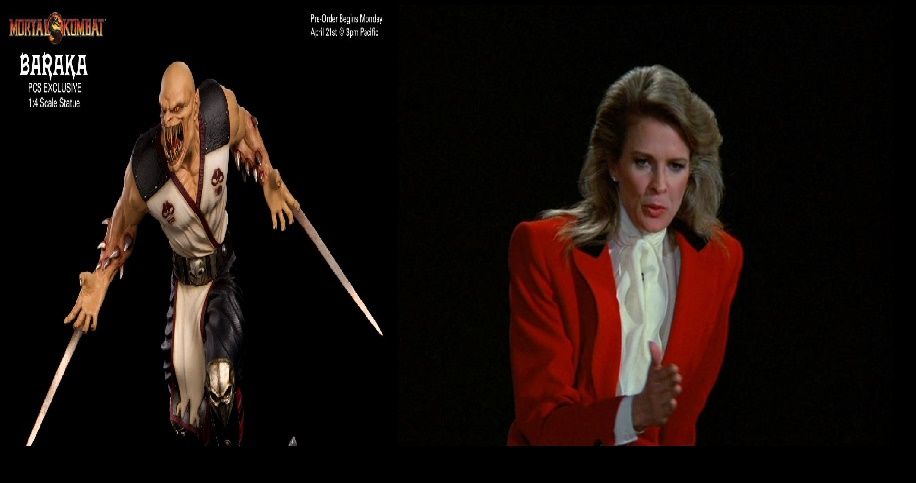 Once again Biden Regime sides against America. Sues Texas on behalf of illegals.
2 3

Why Democrats Don’t Care About Crime
2

Who are the roaches?
2