Iranian Professor Refuses to Step on Israeli or American Flags

video in :
Iranian Professor Refuses to Step on Israeli or American Flags 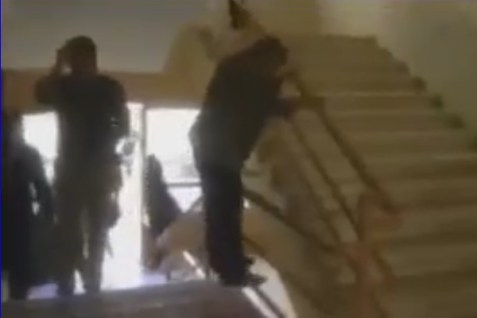 
Once Upon a Time, the People of Iran and the People of Israel were friends and allies, and then the crazy Islamists and Kakameinis took over the Iranian country, and put an end to that.

While the current Iranian regime threatens to annihilate Israel, there are still sane people in Iran who remember and value what once was.

Iranian professor Sadegh Zibakalam has made it a point to stand up to the Iranian regime and its hatred of Israel.

In a recent video, Professor Zibakalam makes a very clear point of NOT stepping on the Israeli and American flags strategically placed on the floor of his Tehran university.
You must log in or register to reply here.

Violence against Trump supporters increasing Now one shoots another

Oligarchy is Ok with Democrats?
2