I would want to know if they were supporting a communist agenda with my money (their allowances) buying crap like this. I started taking snapshots of the different symbols but my connection is a bit too slow and it was late last night so I quit.

Every little group that they can get into the communist wave they are sucking in. I'm sure someone is keeping track but parents of believers should be aware in case their children are supporting this garbage.

A lot of info on these pages in just the t-shirt designs and logos if one has a mind to grasp it. Be careful not to jump to conclusions either as some drawn into this current garbage may not be aware that what they intend to support and work for good others are trying use to gather them into that radical fray. I was feeling somewhat disheartened when I saw a friend (a firm believer in Jesus) that has worked to get nuclear facilities limited her whole life avatar on one of the tee's. I thought it over and I am certain she would never personally approve of a communist take over or a full corporate take over. My friend does have a nasty radical east coast college professor though that is also connected to her on her FB page that encouraged the governor of Oregon to shoot Lavoy Finicum. (I would have liked to reach through the computer screen and ring her highly degreed neck when she was saying that crap and attempting to use his educational authority to incite murder)

The revolution movement takes a lot of twist and turns to who all is involved in trying to gain an edge to overtop the will of the people and try to make decent people look like the no good rascals.

A few examples of what no-gods-no-masters is pushing...... 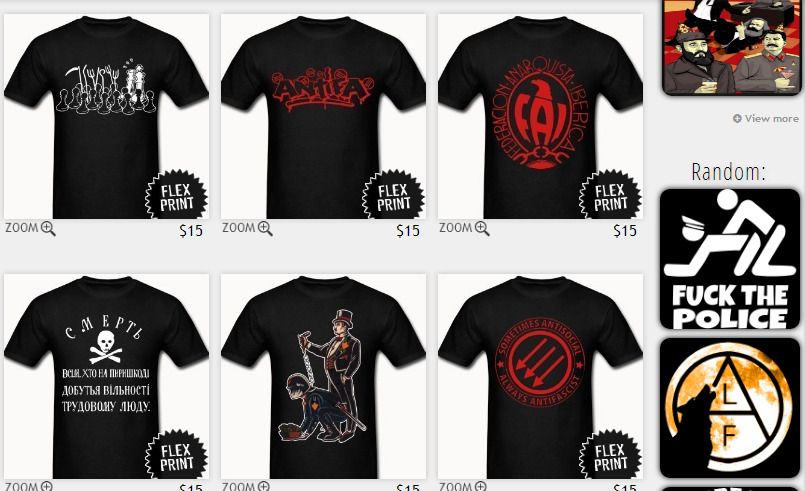 welcome to the revolution - Google Search

I'd like to see the teen dumb enough to wear that shit in my house.
OP

deannalw said:
I'd like to see the teen dumb enough to wear that shit in my house.
Click to expand...

Some of them at that website would look perfectly innocent to someone who was not aware or so busy working to pay the bills they do not take time to pay attention.
P

wife wanted another kid in 1986 , i said no more kids , we already have 3 and i saw the way that the USA and the world is headed even back then .

You cannot be too busy doing anything and be an effective parent. Balance in everything.
And carry a big stick.
OP

deannalw said:
You cannot be too busy doing anything and be an effective parent. Balance in everything.
And carry a big stick.
Click to expand...

One of mine told me that they were always afraid of me growing up while having an adult temper tantrum. I asked 'did I ever beat you that you can recall' (I didn't scream either). The answer was 'no but....'. I chuckled and told them, 'well did that fear hurt you any. You made it to adulthood and you have your own teens to consider now'. There was no response. I can't say the same for the other one that got my backhand for mouthing off as a teen and a few other little tricks every mom should have in her tool bag for raising rowdy young'ns.

Damn if my kids will wear them but I will..
OP

The NWO and communism is your thing huh?

The NWO and communism is your thing huh?
Click to expand...

No, I just like to get a rise out of folks...Screw the pigs is not NWO or communistic..
OP 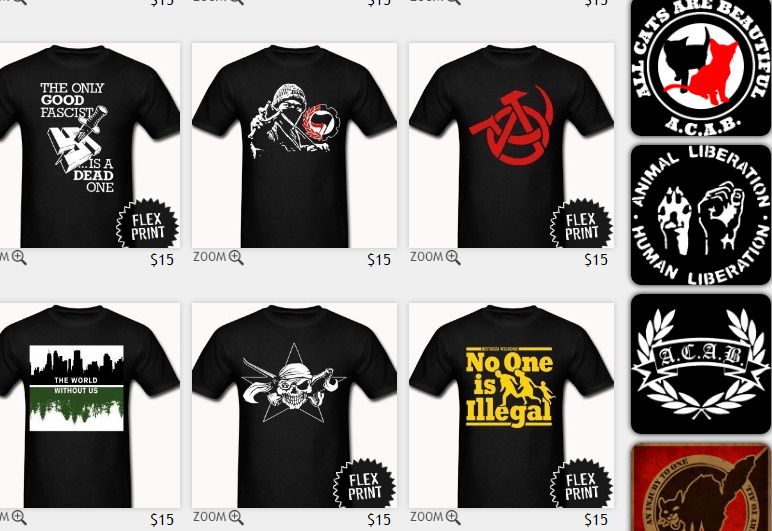 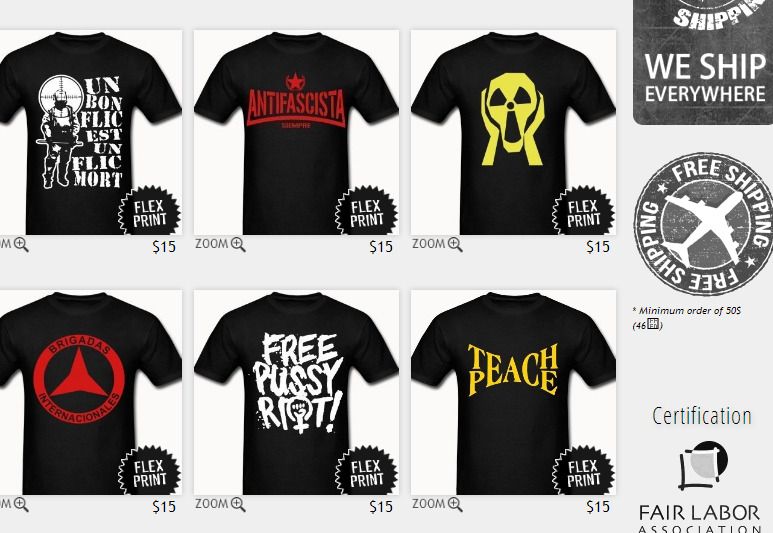 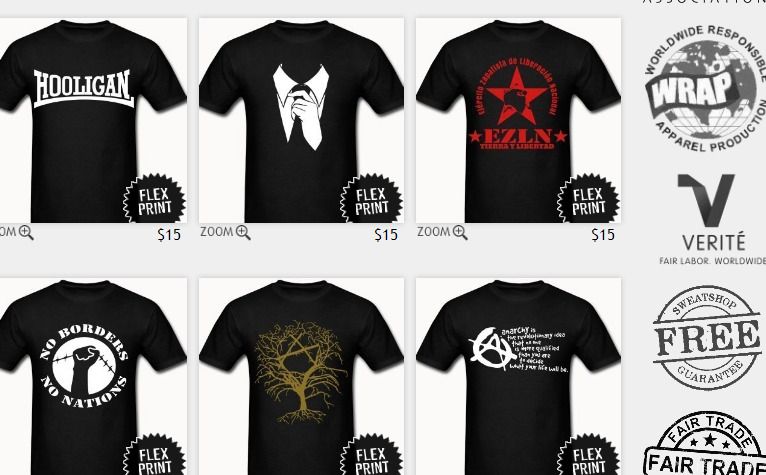 The NWO and communism is your thing huh?
Click to expand...

No, I just like to get a rise out of folks...Screw the pigs is not NWO or communistic..
Click to expand...

Evidently you are not able to pay attention very well.

How do I put this? If a kid's "basket" contains only apple, peaches and pears, the kids will almost certainly choose one of those. I chose to put in my kids' baskets apple, peaches, plums, lychee fruit, darien fruit, bananas, oranges, lemons, limes, strawberries, blueberries, kiwi fruit, pears and as many other "fruits" as I could find to toss in there. Occasionally, one or several of them would ask if there are any other "fruits" they might try. On other occasions, I found some that were new even to me and I put them in them in there too.

Having raise four children who've become adults, I'm aware that teens do all sorts of things that even they later figure out was nothing other than the folly of youth. Part of being a teen, an important part, is exploring and discovering things, all kinds of things, to a thorough enough degree that one can legitimately know whether it aligns with one's sensibilities or doesn't. It's part of how one figures out whom one is and what captures one's interest.

I saw my role as a parent as that of facilitating my kid's journey of discovery, not that of predefining their intermediate or final destinations. I'm glad, as I'm sure my kids one day will be, that I have been able to enable their arriving at a huge quantity of "ports of call." My kids will always be my kids, but I want them to be the person they want to be and the persons they are willing to be outstanding at being, not whom I think they should be.

Do I tell my kids what I think of their "life journey" choices? Of course. But I don't tell them they can't or shouldn't pursue the course that most appeals to them. And how the hell would they know what most appeals them if they haven't been exposed, at least a little bit, to much of what is "out there" and that might appeal to them?

Now that's how I raised my kids. I'm not telling anyone that their way of doing it -- be it the same, similar, or different from my way -- is good, bad, right, wrong or otherwise. Every parent can only raise their kids in the way that works for both the parent, and if that isn't working for the kids, the parent has to find a better way to do it. The kids cannot; they haven't the knowledge or experience to do so. The best they can do is somehow -- almost certainly not via explicit means -- convey to their parents that whatever their parents is doing isn't working for them. That's when the parent has to say, "I need to change or change something about what I'm doing because my kids only know how to do what they know how to do, and they only know that because of me." Those changes parents must make are what make parenting hard, because, quite frankly, nobody likes changing their way of doing things.

The world is an ever changing landscape. What worked for the Beavers may or may not work today because the world of a teenager today is vastly different than it was even when I was a teen.
Fruits are fine and I'd not tell my kids no to any of them, but I'd caution on limiting the green apples.
I raised happy healthy adults. I'm proud of them while realizing it could have went to hell with any one of them as we saw happen with other kids in and out of the family.
I watched them like a hawk. I met parents, called parents, checked with parents. No one spent the night unless I knew them and knew they had permission. Many parents are lackadaisical or worse when it comes to their duties as a parent. I was a sergeant and make no sloppy sorries about it. My house was kid central in the neighborhood, so the terror I instilled must not have been too bad. They lived rich lives and are busily raising the next generation. The most important job any of us will ever take on.
OP

Sheep and goats. Lambs are not nearly as destructive as kids who eat anything and everything with much destruction along the way.
You must log in or register to reply here.

Is "God" finished for what he said to CNN?

Love your enemies and turn the other cheek?

One Would Expect Their Voters To Be Celebrating….
2

The Fascist Democrats & the Fake Insurrection
2 3

A
Its getting very hard to watch the news. Get vaccinated or u will die....

Ever notice how when you wear a mask your glasses fog up?

A moment ago
Sinajuavi
S
A
Vaccinated people spread covid

A moment ago
Paul Essien