If Dems will rig a debate for Clinton, what won't they do to win?

If Dems will rig a debate for Clinton, what won't they do to win?

No matter what the election outcome next week, the media will be big losers. This campaign season has seen much of the media rip off their veneer of objectivity, too often acting instead as an unofficial campaign arm working to elect Hillary Clinton.

The latest revelation — that the town hall moderator overseeing a Democratic primary debate gave CNN contributor Donna Brazile a peek at expected questions, and Brazile then fed Hillary Clinton's campaign staff a question expected to come up in the primary debate against Bernie Sanders — confirms the too cozy relationships between the politicians and the so-called journalists and officials who are supposed to be helping Americans get unbiased information about candidates.

Bernie Sanders supporters should be outraged: We've seen time and again how the DNC was never going to allow their guy a fair shot at the nomination.

Debbie Wasserman-Schultz had to resign from her post at the DNC after emails revealed she was favoring Clinton and working against Sanders. Now we know that, at the same time, Brazile at CNN was proving her Clinton loyalist bona fides by abusing the system and rigging the game to bolster Clinton over Sanders.

The DNC must have been laughing themselves silly over the fast one they were pulling to elevate Brazile, who was putatively objective when it came to Democratic primary contenders, to dispose of Wasserman-Schultz’s double dealing. Instead we now learn what insiders already knew: that Brazile was a corrupt Clinton partisan herself. Meanwhile, Wasserman-Schultz went to … Clinton campaign staff.
Click to expand...

They will stop at nothing. Stay safe, Huma. 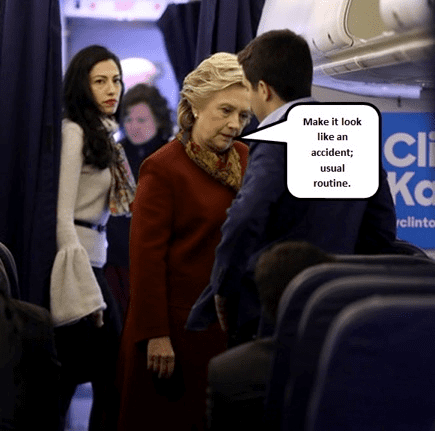 You cant rig a debate....its a debate!
You must log in or register to reply here.

Megyn Kelly Goes After Donna Brazile and CNN: ‘Can You Imagine If This Were a Republican?’(Video)

Destroying the FBI's impartiality reputation in just ONE week.....

Reporter Robbed At Gunpoint While Looking Into San Francisco Thefts
2

A moment ago
Yarddog

Josh Hawley is not going anywhere.
2 3 4