Wow! And five years later it is ever so obvious how the media just carries the FDA party line for COVID, masks, and the mRNA vaccines.

And Twitter banned Alex Berenson because he independently reported on COVID and not the party line.

​
The U.S. Food and Drug Administration has been arm-twisting journalists into relinquishing their reportorial independence, our investigation reveals. Other institutions are following suit​

It was a faustian bargain—and it certainly made editors at National Public Radio squirm.

The deal was this: NPR, along with a select group of media outlets, would get a briefing about an upcoming announcement by the U.S. Food and Drug Administration a day before anyone else. But in exchange for the scoop, NPR would have to abandon its reportorial independence. The FDA would dictate whom NPR's reporter could and couldn't interview.

“My editors are uncomfortable with the condition that we cannot seek reaction,” NPR reporter Rob Stein wrote back to the government officials offering the deal. Stein asked for a little bit of leeway to do some independent reporting but was turned down flat. Take the deal or leave it.

NPR took the deal. “I'll be at the briefing,” Stein wrote.

Later that day in April 2014, Stein—along with reporters from more than a dozen other top-tier media organizations, including CBS, NBC, CNN, the Washington Post, the Wall Street Journal and the New York Times—showed up at a federal building to get his reward. Every single journalist present had agreed not to ask any questions of sources not approved by the government until given the go-ahead.

“I think embargoes that attempt to control sourcing are dangerous because they limit the role of the reporter whose job it is to do a full look at a subject,” says New York Times former public editor Margaret Sullivan. “It's really inappropriate for a source to be telling a journalist whom he or she can and can't talk to.” Ivan Oransky, distinguished writer in residence at New York University's Journalism Institute and founder of the Embargo Watch weblog, agrees: “I think it's deeply wrong.”

This kind of deal offered by the FDA—known as a close-hold embargo—is an increasingly important tool used by scientific and government agencies to control the behavior of the science press. Or so it seems. It is impossible to tell for sure because it is happening almost entirely behind the scenes. We only know about the FDA deal because of a wayward sentence inserted by an editor at the New York Times. But for that breach of secrecy, nobody outside the small clique of government officials and trusted reporters would have known that the journalists covering the agency had given up their right to do independent reporting.

Documents obtained by Scientific American through Freedom of Information Act requests now paint a disturbing picture of the tactics that are used to control the science press. For example, the FDA assures the public that it is committed to transparency, but the documents show that, privately, the agency denies many reporters access—including ones from major outlets such as Fox News—and even deceives them with half-truths to handicap them in their pursuit of a story. At the same time, the FDA cultivates a coterie of journalists whom it keeps in line with threats. And the agency has made it a practice to demand total control over whom reporters can and can't talk to until after the news has broken, deaf to protests by journalistic associations and media ethicists and in violation of its own written policies.

By using close-hold embargoes and other methods, the FDA, like other sources of scientific information, are gaining control of journalists who are supposed to keep an eye on those institutions. The watchdogs are being turned into lapdogs. “Journalists have ceded the power to the scientific establishment,” says Vincent Kiernan, a science journalist and dean at George Mason University. “I think it's interesting and somewhat inexplicable, knowing journalists in general as being people who don't like ceding power.” 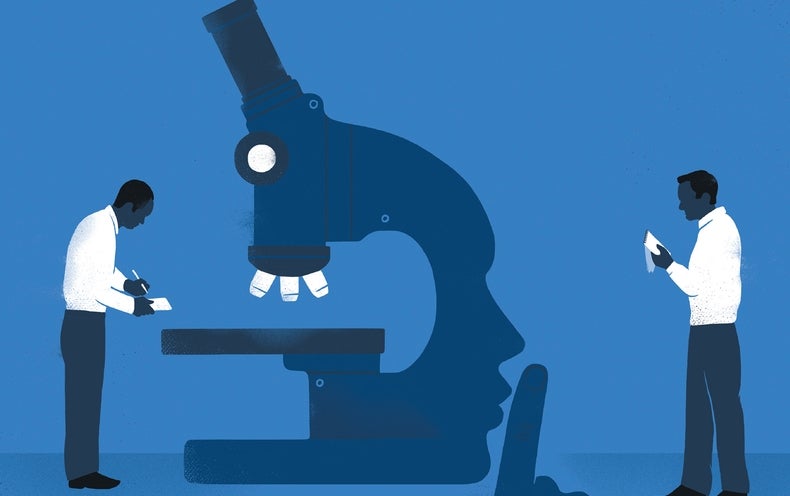 The U.S. Food and Drug Administration has been arm-twisting journalists into relinquishing their reportorial independence, our investigation reveals. Other institutions are following suit

www.scientificamerican.com
"Every record has been destroyed or falsified, every book rewritten, every picture has been repainted, every statue and street building has been renamed, every date has been altered. And the process is continuing day by day and minute by minute. History has stopped. Nothing exists except an endless present in which the Party is always right." ~ George Orwell's '1984'

It's not too hard for any liberal government agency to manipulate our media. After all, the media is bent over with their pants down around their ankles just waiting for their instructions from any liberal.

I've only been calling the FDA the biggest protection racket in human history for a couple decades.

Never seen any evidence to the contrary.

Biden is out of it, but he does know what time it is, he looked at his watch as the bodies were...

The War on US Washington Press Conference and Schedule

A Myth is Born: How CDC, FDA, and Media Wove a Web of Ivermectin Lies That Outlives The Truth

wisconsin school board bands blm and pride flags from its schools

Who is actually PRESIDENT?
2