How The Democratic Party Resembles the "Walking Dead"

A few weeks ago I was struck by the similarities of Hillary Clinton and the new bad guy of the Walking dead series Neegan. OF course Reality is stranger than fiction, and Hillary Clinton is far more corrupt and threatening than Neegan is. Neegan only demands half your stuff, but Hillary Clinton thinks it is ALL her stuff, ....err, sorry, the GOVERNMENTS stuff and she is letting you keep what you really need.

And while Neegan might beat your head into pulp in front of your friends and family, Clinton is willing, able and has demonstrated that she can use her government shills to burn you alive along with your family then destroy your reputation before the smoldering ashes have finally gone cold. And of course, destroy evidence (like the missing double steel doors from Waco), corrupt crime scene evidence (Ruby Ridge) and bend the government bureaucracy to her will.

But why do Dimocrats continue to vote for this future murderous Nero Caesar to rule over us and them? That has always puzzled me till last night. I mean, why would anyone knowingly sell their independence and freedom for a little cheap free shit? Look at Bernie Sanders and how he got totally ripped off from any serious chance of taking the Dimocrat nomination. And still he endorses her, and not only endorses her, but made an agreement to NEVER CRITICIZE the ANOINTED ONE.

Now Bernie did make one itsy bitsy criticism, when asked about the Clinton Foundation scandal, Bernie said "I’m not going to condemn Hillary and Bill Clinton because they’ve made a lot of money. That type of wealth has the potential to isolate you from the reality of the world.” Wow, that was really light, one might even consider it a defense of the Clintons by reflecting on the difficulty one has in keeping a clear view of the world while fabulously wealthy off the tax payers dime and the donations of wealthy sheiks and dictators that treat women like cattle and drop homos off rooftops.

But the DNC staff was livid that Sanders would even make so light a criticism. Said one, Bernie was breaking an agreement, writing, “This isn’t in keeping w the agreement. Since we clearly have some leverage, would be good to flag this for him."

LEVERAGE? To be used on something this small and trivial? But yes, that is how the Clintonistas roll; NEVER slam on the Queen on her way to her coronation.

But why? Why accept that level of servitude, to the point of some boot kissing serf?

Then the Walking Dead reminded me; people not only do evil things in an evil system in order to get free shit and avoid the lash, they also do it because they see no other alternative. They dont see any acceptable option to kneeling before the Queen Bitch. Just like the zombie in this weeks episode that, though dead, was still kneeling reflexively, even as a corpse. There is your new symbol for the Dimocratic Party, the kneeling corpse, reflexively kneeling to government power even passed the Veil of Death itself.

No wonder Hillary's people are so willing to let the dead vote; they think that even in Hell these people are kneeling to Hillary Clinton! roflmao

The are so anxious and will to kneel that they will ignore her criminal activities, her corruption, her selling off government decision to those granting millions if not hundreds of millions of US dollars to her Foundation that she uses like a slush fund to pay fore her travel expenses, clothing, Chelseas wedding, etc.

And the Dimocrats like it because they think that they have no choice than to kiss that witches ass.

But the rest of us, the Daryls of the real world, we still say no, but we have to understand the Dwights of the world and show them that they do have options. Then the world really does begin to change.
Last edited: Nov 7, 2016 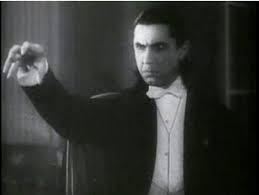 Is it so difficult for the majority of Americans to understand that since Clinton keeps receiving the millions from those donors like Saudis, Qatar, Goldman, Soros,..., whom do they think she will be "protecting and serving", those donors or American people? 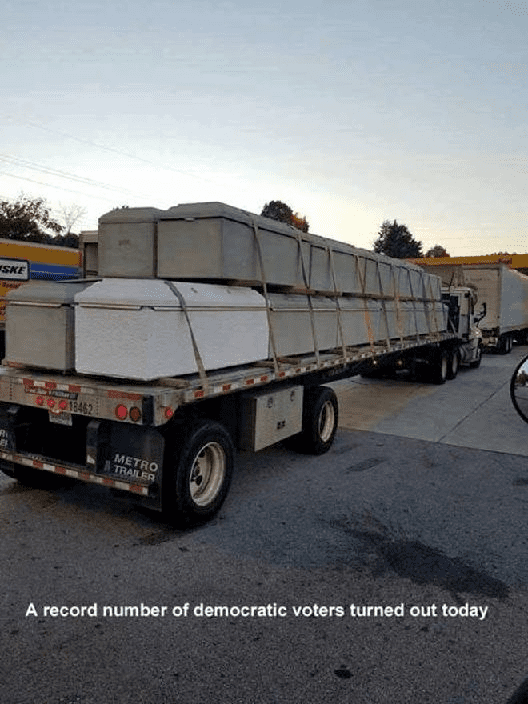 And on the top of everything, take a look at this cherry on the cake:
Assange: Clinton & ISIS funded by same money, Trump won’t be allowed to win (JOHN PILGER EXCLUSIVE)
"The strong must be just, the weak secure and the peace preserved." (John F. Kennedy)

If anybody's interested, here is the very very new Trump's ad about Establishment and corruption. You'll like it.

Stratford57 said:
If anybody's interested, here is the very very new Trump's ad about Establishment and corruption. You'll like it.

Great ad, but are the zombies even capable of listening?

From all the indications I've seen on this board. My answer is no. She could strip naked shit and roll around in it. The zombies would say That's my girl right there MOAR PLEASE.
O

Well, tomorrow by this time we will know who the next President is. And if that person is Trump, I will still be clearing 6K a month, after taxes and deducts. And will retire in July, and start full time at the university. How will you be doing?
You must log in or register to reply here.

The Architects of Our Present Disaster
2 3

B
Walmart greeter killed and another shot at supercenter in Cincinnati suburbs:...Now we need Armed Guards at Wal-Mart

Poll: Majority of Democrats Believe Children Should Be Able to Choose Their Own Pronouns