Here's How You Know the January 6th Committee Has Nothing

Golfing Gator said:
and yet FoxNews was scared as shit at letting you sheep change the channel!

Hey asswipe, NOBODY CARES! Your constant crying about Fox not carrying your shit show marks you as a low education retard. Sky high inflation, sky high gas prices, empty shelves, a flood of illegals being sent all over the country because of your Dear Leader Xiden. Yet you want to cry about a peaceful protest (that’s using YOUR definitions so spare your lies). That’s why you won’t be laughing come November. You’ll be crying.

lantern2814 said:
Hey asswipe, NOBODY CARES! Your constant crying about Fox not carrying your shit show marks you as a low education retard.
Click to expand...

I did not say a thing about FoxNews not carrying anything, learn to read you dumb fuck.
“A conspiracy theorist is a person who tacitly admits that they have insufficient data to prove their points.
— Neil deGrasse Tyson
L

schmidlap said:
That's a lie you were issued to parrot by your ideological entertainment media, of course.

Your whining is to no avail. Please try to present something of substance.

List all the suspects in the Cry Baby Loser's steal of a "Landslide!," and all the cases in every venue of appeal by Republican politicians and prosecutors, anywhere in America, whether pending or having issued verdicts in the Loser's favor.

Here's How You Know the January 6th Committee Has Nothing​ 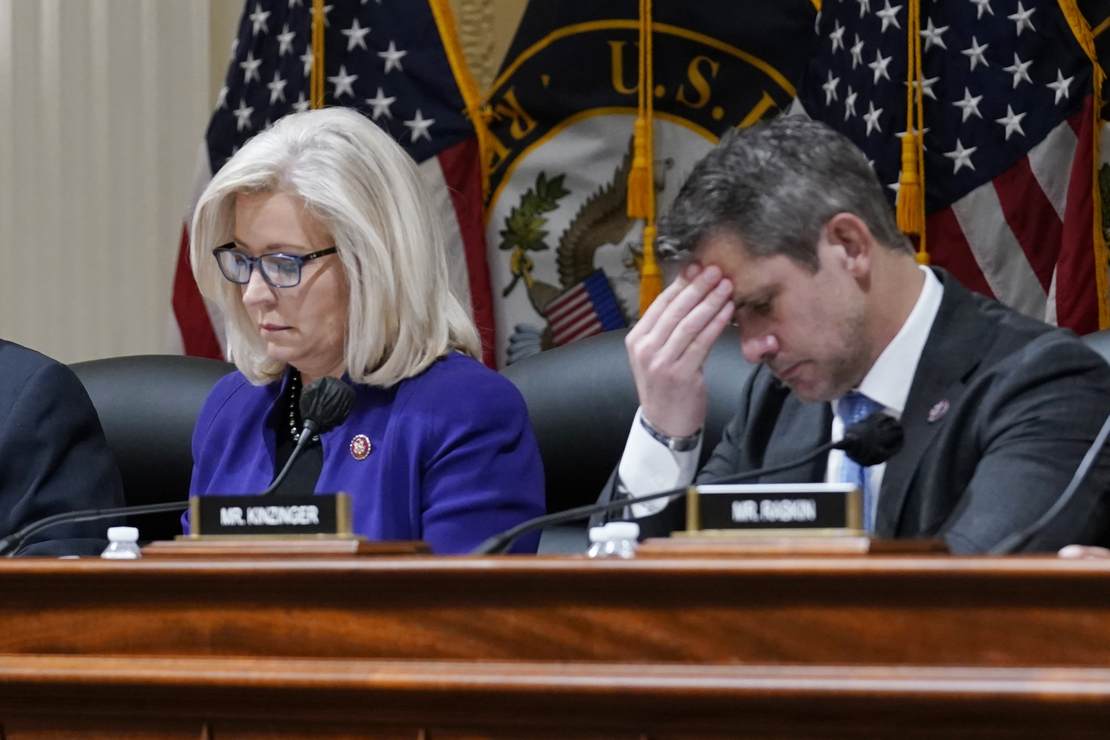 Here's How You Know the January 6th Committee Has Nothing

Listen closely and you won't hear anything at all.

I was lucky enough to have other things to do last night which prohibited me from watching the latest installment in the Democrat obsession with January 6th, and yeah, I’m including Liz Cheney and Adam Kinzinger in that group now.
The January 6th committee held a primetime hearing, garnering complete buy-in for the stunt from all the networks and cable stations except Fox News, and it didn’t take long for the clips to start coming out. What transpired was a political show trial that would make Stalin blush.
~Snip~
Take Liz Cheney’s opening statement for example. It was widely lauded as an exercise in truth-telling, but what did she actually say? The answer is not much.

​
~Snip~
Cheney never quite gets there, and she doesn’t get there because the answer to all those questions is: “No.” Thus, she’s left with the vague charge that he “lit the flame.” Whether that’s actually true or not is an open question given he pointedly told people to remain peaceful, yet it’s not even that relevant.

​
~Snip~
There was no organized, pre-planned insurrection on January 6th. There was a protest where several hundred people splintered off and did a bad thing, and they are paying dearly for it. Donald Trump, as much as one may hate him, did not order or even insinuate an order for people to enter the Capitol. In fact, he did the opposite. All the rest of the pomp and circumstance about Trump associates talking about challenging certification is not illegal. How do I know? Because Jamie Raskin and Bennie Thompson, both members of the January 6th committee, have previously challenged the certification of presidential elections.
This committee is a farce. Listen closely and you won’t hear anything at all. It’s a waste of time, rehashing what we already know in dramatic fashion in the vain hope that people will forget they are paying $5 a gallon for gas and $12 for a pack of bacon. It’s not going to work.


Commentary:
Investigation continues while the economy sucks, Americans drowning in debt, High inflation, being overrun by illegal aliens. But hey, let’s have a prime-time hate Trump fest! Which, by the way, is being paid for we taxpayers! Aren’t we awesome?
Edward Bernays and Joe Goebbels must have been dancing together in Hell when they heard the lies being spewed by Bennie Thompson and Lessie Cheney. I can't believe these clowns expect to hold more of these circle jerks.
Here's what would have made last night newsworthy, Ray Epps testifying. Mayor Bowser explaining why she rejected the Net'l-Guard, Chris Wray testifying and answering under oath how many FBI agents or informants were agitators in the crowd? The Sergeant at Arms testifying about his communications with Nancy Pelosi about protecting the Capitol and Sen, Schumer explaining his reasons for holding back the national Securify report. But no, we get a clown show with the Queen of Clowns, Adam Kinzinger, and Lessie Cheney.
I remember when TV drama and Series shows like Sopranos at least were entertaining! This Congressional Clown Show can’t compete!
Click to expand...

THIS is exactly why Kevin McCarthy pics were not allowed on the committee!
They would have made another freak-show of it by trying to distract with the kind of foil hat wearing, whack-job, already debunked accusations you make here.
Instead Pelosi said "NO! This is going to be a legitimate and serious search for the REAL truth.
And it is.
And that is why all the MAGATS are crying "foul" and bleating ad naseum about not being able to tell "their side of the story.
What a bunch of SNOWFLAKES!
PsyOps anyone?

MagicMike said:
to tell "their side of the story.
What a bunch of SNOWFLAKES!
Click to expand...

Yup, they can 'tell their side' at their trial.

Suck it RWI's.
Nothing

surada said:
Ivanka was in the WH with her father during the attack on the Capitol. She tried to get him to call it off.
Click to expand...

"Biden is turning out to be Jimmy Carter without the intelligence, integrity or love of country." - MarathonMike
S

Winco said:
Yup, they can 'tell their side' at their trial.

The inclusive and diverse left. ^^^
You must log in or register to reply here.

Democrats, was Trump right? Is Putin a genius?

A
2nd amendment and homeless man living on some lady's porch

He does it again SMH

Would the Left be okay if upon their presidential loss, a Trump/Desantis sent the FBI/DOJ against "Biden Democrats"?
2 3 4