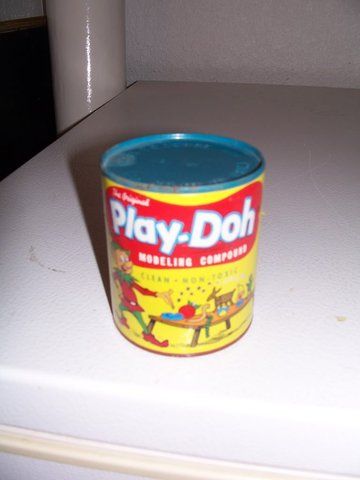 Play Doh has had it best year ever.
Investors say: Thank You Democrats!
I'm guessing Hoodies, backpacks,
ninja masks, and night sticks are having their best years ever as well.
Last edited: Feb 16, 2017
OP

Louisville Slugger and Glass Companies would also like to thank The DNC,
George Soros and Obama's Organizing for Action (OFA) shadow gov't. which one arm of this is on "Meetup.com" and is called #Resist.

(which is why people should boycott or politicize their profile on Meetup and join all groups to notify them of the boycott or hold them accountable for spreading domestic terrorism)
Being that these groups have threatened the lives of citizens and celebrities, committed violent acts and threats to people and property terrorizing companies and communities we can now say all those paranoid uneducated people who murmored Obama was a terrorist are now officially Right all along. It's just we perceived it nonsense in the eyes of typical foreign terrorism, but it's not nonsense when you find out he's a progressive domestic terrorist.
Let's call it what it is, but does anyone dare have the B*lls to arrest him for organizing terrorism, coup, riots? He knows it will make this administration look like Erdagon, or Saddam, or some dictator removing opponents, so he knows he can get away with this.
Last edited: Feb 16, 2017

HaShev said:
View attachment 112666 Play Doh has had it best year ever.
Investors say: Thank You Democrats!
I'm guessing Hoodies, backpacks,
ninja masks, and night sticks are having their best years ever as well.
Click to expand...

Sent from my SM-G935P using USMessageBoard.com mobile app
You must log in or register to reply here.

Lil Marco says he got his highest Candy Crush score during impeachment trial!

OPP, TPS, RCMP are National Security Threats- ‘I’m not a thief. I just completely forgot,’ Toronto police constable says of the $360 taken from a dead

Can someone help me to understand the decisions of some of these businesses? If CDC is saying that the mask mandate is lifted

A moment ago
Aldo Raine
A