Guess who introduced into the world "gas car" ? ANSWER: Muscovites, The "gas car" founder I. Berg

"A gas van or gas wagon (Russian: душегубка (dushegubka); German: Gaswagen) was a vehicle reequipped as a mobile gas chamber. The vehicle had an air-tight compartment for victims, into which exhaust fumes were transmitted while the engine was running. The victims were gassed with carbon monoxide, resulting in death by monoxide poisoning and suffocation. The gas van was invented and used by the Soviet secret police NKVD in the late 1930s during the Great Purge"

"The founder of the "gas car" was the chief of an administrative department of Regional Office of NKVD for Moscow and the Moscow area Isay Davidovitch Berg . For destruction of people this car for the first time has been used in 1936 In 1939 Berg has been shot on charge in plot of employees of NKVD against heads of the state."

"Other methods were used on an experimental basis. One policeman, Isay Davidovitch Berg, gassed some of his prisoners to death in batches in the back of a specially adapted airtight van." - Night of Stone: Death and Memory in Twentieth-Century Russia by Catherine Merridale, p. 200"

"
"The mobile gassing truck was invented and tested by Isay Davidovich
Berg, head of the NKVD Economics Division in the Moscow region. In 1937, a
second highpoint in the Great Purge, prisoners were sentenced to death in
conveyor-belt fashion, packed into trucks, taken to the places of execution,
shot in the back of the neck, and buried. In the economic sense, Isay Berg
found this method of liquidation inefficient, time-consuming and
cost-intensive. He, therefore, in 1937 designed the mobile asphyxiation
chamber, the gassing truck (Russian: dushegubka, p. 297). The doomed were
loaded into a tightly sealed, completely airtight Russian Ford; during the
drive the deadly exhaust from a gasoline engine was directed into the
section containing those sentenced to death. Upon reaching the mass
gravesite, the truck dumped the corpses into the burial ditch."" 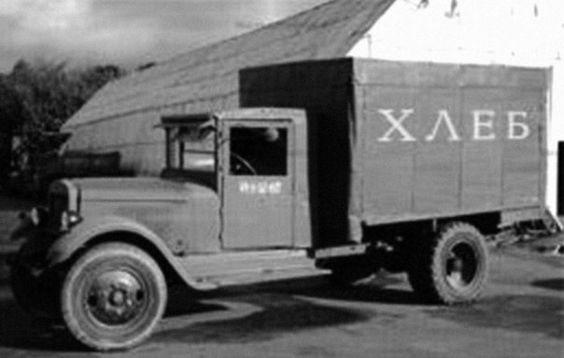 Because "Berg" is really a Russian surname.
OP

SobieskiSavedEurope said:
Because "Berg" is really a Russian surname.
Click to expand...

well, Berg served like a bloody slave the commie Muscovite project USSR , am i wrong? is Dzhugashvilli a Muscovite name ?
OP

Isay Davidovitch Berg
You must log in or register to reply here.

Can someone please explain to me the lefts obsession with masks?
2

W
President Trump: I have directed @stevenmnuchin1 to get ready to send direct payments ($3,400 for family of four) to all Americans.
3 4 5