My continuing effort to Get Out The Bumper Stickers prior to the election.

From Barry, an interesting juxtaposition:

I saw these two vehicles parked outside the Democratic Party campaign office in Mason, OH. The green truck has Obama-Biden posters blocking the rear window. The truck parked in front of it says NoBama  No Socialism. The signs in the window above the office are for Romney/Ryan.

I laughed all the way home. 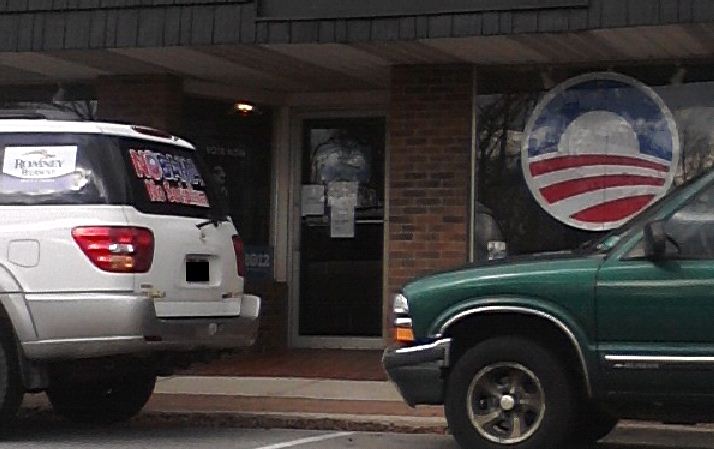 Attached is a bumper sticker photo I caught in Zionsville, IN, an Indy burb.

The best sticker of the four, Obama Score Card is the least clear unfortunately. The Score Card bumper sticker has two columns for scoring, one titled Problems Fixed and the second column titled Blamed on Bush. The Problems Fixed column is blank and the Blamed On Bush column has many scores.

I enjoy your blog very much. 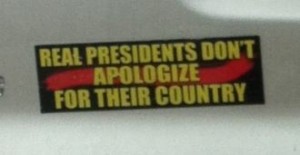 From Lynn in Colorado Springs: 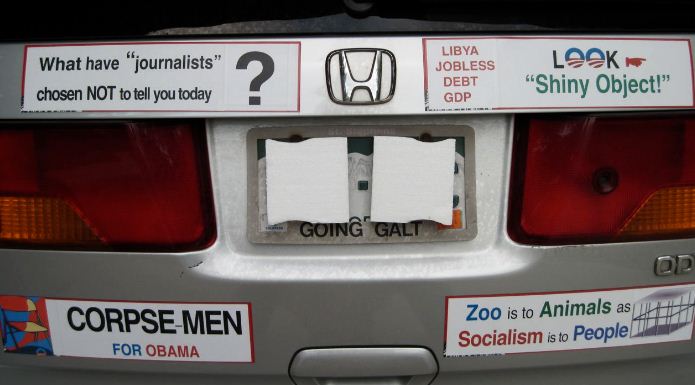 Greetings once again from Raleigh, NC. Im sure the driver probably meant $5T, but whats a trillion to this administration or the MSM anyway?

One huge trend Ive noticed in 2012, the frequency of Obama stickers around town have diminished greatly this go around. As a wise president from Illinois once said, Better to remain silent and be thought a fool than to speak out and remove all doubt.

Thanks as always for the fantastic work you and your team do everyday. 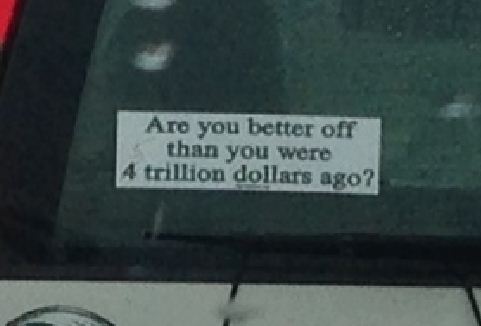 During the Puyallup Fair in Washington state.

I found the attached sign in a rear window outside my favorite coffee shop in Longmont, Colorado. 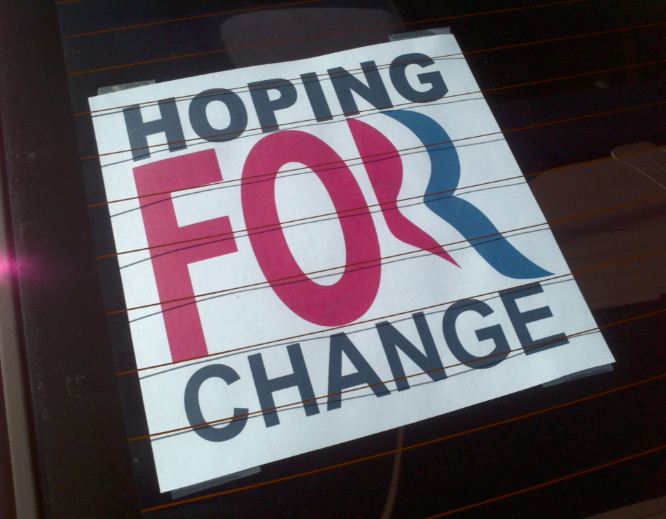 Taken in Sun City Grand, Arizona.in light of the Benghazi scandal, thought it was quite appropriate! Thank You!

P.S. It does seem to also incorporate Eastwoodingnot sure if they intended this, but it certainly fits. Thanks for all you do Professor Jacobson! 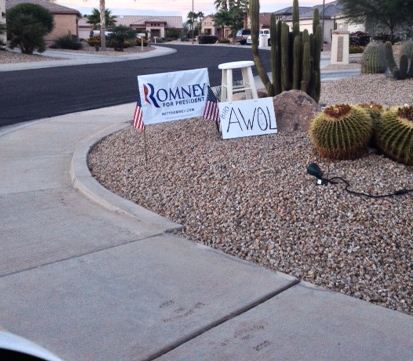 I took this picture in the parking lot of Menards on 9-4-2012 at 5pm or so. This is in Peoria, IL the supposed Land of Obama! Hope you will use it. 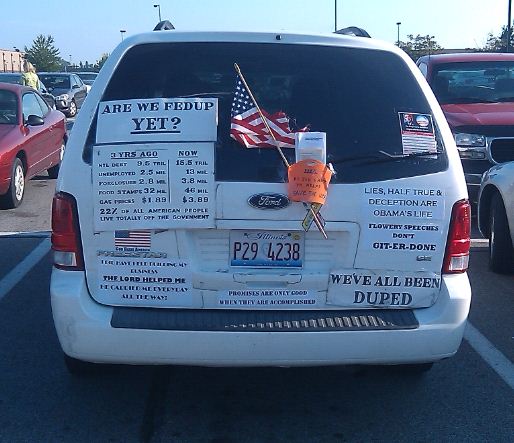 My niece, a sophomore at Baylor University, created this bumper sticker. It reflects perfectly how Ive come to feel about Mitt Romney- growing admiration and trust in his competence. I wasnt at first, but I too have become sMITTen! 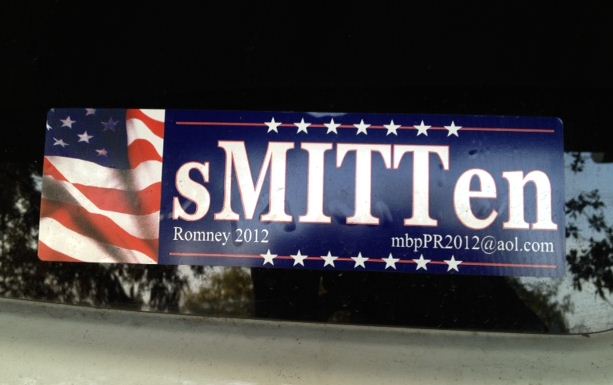 Lessons In Critical Race Theory From Behind The Iron Curtain

You Can Thank Our Elites For Proliferating Conspiracies
2

On the road through a pandemic, some truckers fear for their lives