Fooling All Of The People Some Of The Time

Remember that old joke - 'Which is the only Muslim country not at war? France.'

Or this joke- 'The Religion of Peace'

2. ...Fatah and Hamas leaders are more interested in warring with each other than improving the living conditions of their people. 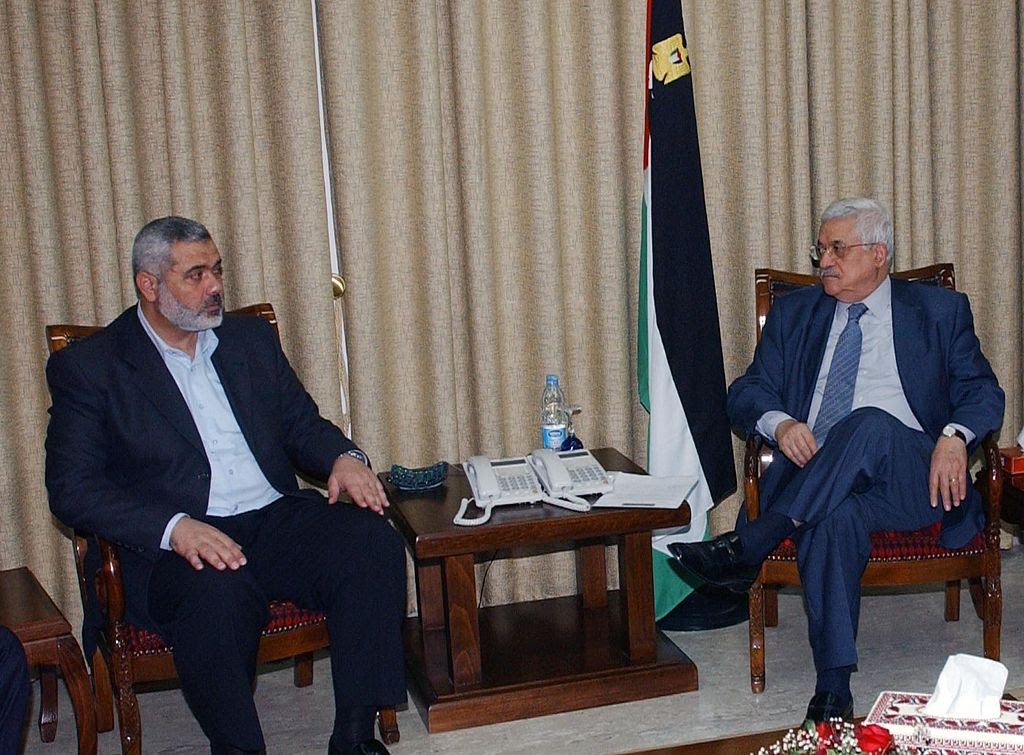 Hamas and Fatah, the Palestinian parties ruling the Gaza Strip and West Bank respectively, have been at war with each other for the past 12 years. But when it comes to repressing and violating the human rights of their people, Hamas and Fatah are comrades-in-arms. Pictured: Palestinian Authority President and Fatah Chairman Mahmoud Abbas (right) meets with Hamas leader Ismail Haniyeh on May 30, 2007 in Gaza. (Photo by Abu Askar/PPO via Getty Images)


4. In the past week, Fatah has been launching scathing attacks on Hamas for using excessive force to suppress Palestinians protesting economic hardship in the Gaza Strip. Fatah says that hundreds of Palestinians, including political activists and journalists, have been arrested or severely beaten by Hamas security forces.

5. The charges against Hamas are not baseless. Photos of wounded Palestinians have surfaced on social media. Some had black eyes and bruises over different parts of their bodies, while others appeared to have had their legs and arms broken by Hamas security officers.

6. The latest victim of Hamas's violent repression of the protests, which are being held under the banner, "We Want to Live!", is senior Fatah official Atef Abu Seif. Abu Seif, who is also a renowned novelist, was reportedly kidnapped from his home and badly beaten by Hamas militiamen on March 18. According to some Fatah officials, the assailants broke his arms and legs; Abu Seif is reported to be hospitalized, in serious condition.


7. ... dozens of Palestinian men, women and children who say they have been badly beaten by Hamas security forces during the recent protests organized by youth movements demanding a solution to the high cost of living, the high rate of unemployment and new taxes imposed by the rulers of Hamas on the two million residents of the Gaza Strip.

8. Hamas's repressive and violent actions against Palestinians protesting poverty and unemployment is not something that should surprise anyone, particularly those familiar with the authoritarian regime of Hamas, an offshoot of the Muslim Brotherhood." Palestinians: The Other Peace Deal

9. Remember who our previous President, the Muslim, supported throughout his regime?

As President, Obama actually worked to establish the Muslim Brotherhood in control of Egypt, known as the ‘army of the Arabs.’

When the people of Egypt refused the fundamentalism that Obama represented, he actually cut off aid to Egypt.


When the Egyptian people declined to be governed by the 7th century savages, the Muslim Brotherhood, Obama had a fit:

"The U.S. government has decided privately to act as if the military takeover of Egypt was a coup, temporarily suspending most forms of military aid, despite deciding not to announce publicly a coup determination one way or the other, according to a leading U.S. senator.
In the latest example of its poorly understood Egypt policy, the Obama administration has decided to temporarily suspend the disbursement of most direct military aid, the delivery of weapons to the Egyptian military, and some forms of economic aid to the Egyptian government while it conducts a broad review of the relationship."
Senator: Obama Administration Secretly Suspended Military Aid to Egypt - The Daily Beast

10. "…Obama administration used the language of “moderate Islamists” to describe the Muslim Brotherhood in Egypt, and he called Iran’s President Rouhani, a “moderate” reformist, despite the rise of human rights violations in Iran on Rouhani’s watch.

The Muslim Brotherhood, on the other hand was better known for sponsoring terrorist proxies and ideological movements that reflected its Islamist ideology. "
Why did the Obama administration support Morsi's Muslim Brotherhood?

Let me explain to everyone who will hear what the Koran says about The World Around them and what the true and sole purpose is of Islam. This goes for all Muslims, liberal, moderate, or extremists.

The Original Tree said:
Let me explain to everyone who will hear what the Koran says about The World Around them and what the true and sole purpose is of Islam. This goes for all Muslims, liberal, moderate, or extremists. 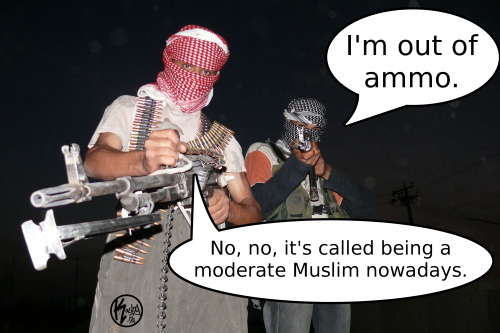 Using Male Rape as a Weapon of War in Islam.

It is one of the darkest, most secretive weapons used in war. But slowly, the widespread nature of the sexual abuse of boys and men is being cast under anguished limelight as survivors and activists seek more awareness and perpetrator accountability.

“The scale of sexual violence against young males and men in conflict and near-conflict spaces represents a global epidemic that knows no borders,” said Ian Bradbury, CEO of 1st NAEF, a non-profit focused on humanitarian aid and assisting victims of all gender-based violence.

“It has been observed prominently in Afghanistan, Iraq, Philippines, Indonesia, Syria, Nigeria, Libya, Sudan and other conflict zones. And it is not limited to these areas alone.”

“It breaks the victims down so much, it is often impossible for them to talk openly,” he said. “There is so much stigma, so much taboo. For the perpetrator, it’s about dominance and control that destroy a victim internally, make them feel no longer male.”

Moreover, a report released by Amnesty International earlier this month, following a detailed investigation, illuminated that boys as young as 8 have been raped in the Yemeni city of Ta’iz. Many of the suspected perpetrators, according to Amnesty, belong to militias aligned with the Saudi Arabia and UAE-led Coalition.

Accusations of sexual abuse also plague the Iran-backed Houthi rebels on the other side of the conflict, who continue to control pockets of northern Yemen and the capital city Sana’a. Psychologists treating former child soldiers forced to fight for the Houthis told Fox News last year that at least 50 to 60 percent of the boys ages 12 to 15 had experienced some form of sexual abuse at the behest of their superiors.

“Male victims suffer in silence. We have a care gap – young male victims of sexual violence in conflict are not being recognized as victims, let alone being treated as such,” Bradbury said. “The risks associated with not addressing this care gap is likely to be an increased probability of failed peace processes, due to the increased likelihood that these victims could go on to repeat cycles of violence if they remain untreated.” 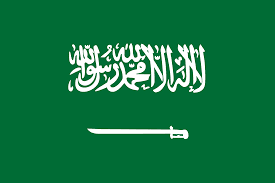 What the PA & Hamas are doing to the Palestinians is hard to forgive. But then, who is it that elected them to lead them? It's called Palestinian mentality.
OP

MJB12741 said:
What the PA & Hamas are doing to the Palestinians is hard to forgive. But then, who is it that elected them to lead them? It's called Palestinian mentality.
Click to expand...


How many Palestinians does it take to change a light bulb?
None! They sit in the dark forever and blame the Jews for it!

I thought they only use the sword to cut wedding cakes.
OP

While we are speaking of the Saudis.....have you heard that no non-Muslim is allowed into Mecca?

Well....turns out when the Saudis were faced with a revolt, they called in the French special forces to go into Mecca. 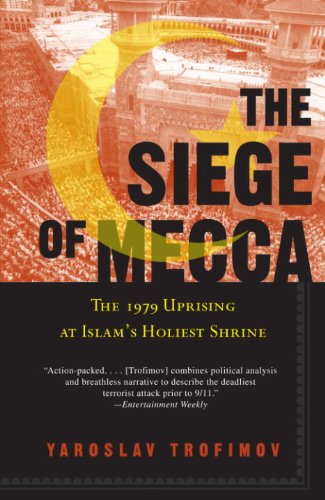 The Sword is used more like a Bible Tract for their missionaries.

They just wave the sword around wildly then point it at you and say....

They use it for beheadings
You must log in or register to reply here.

Palestinian Jihad Attack Claims Life of Father of 12 and Teenager

T
Hamas leader thanks Iran for supplying weapons to Gaza

Former Minister Of PA Criticizes Palestinian Reaction To Israel-UAE Agreement: "Burning Flags Is No Substitute For The Self-Assessment They Need"

Could this black woman have avoided getting killed by the police?
4 5 6