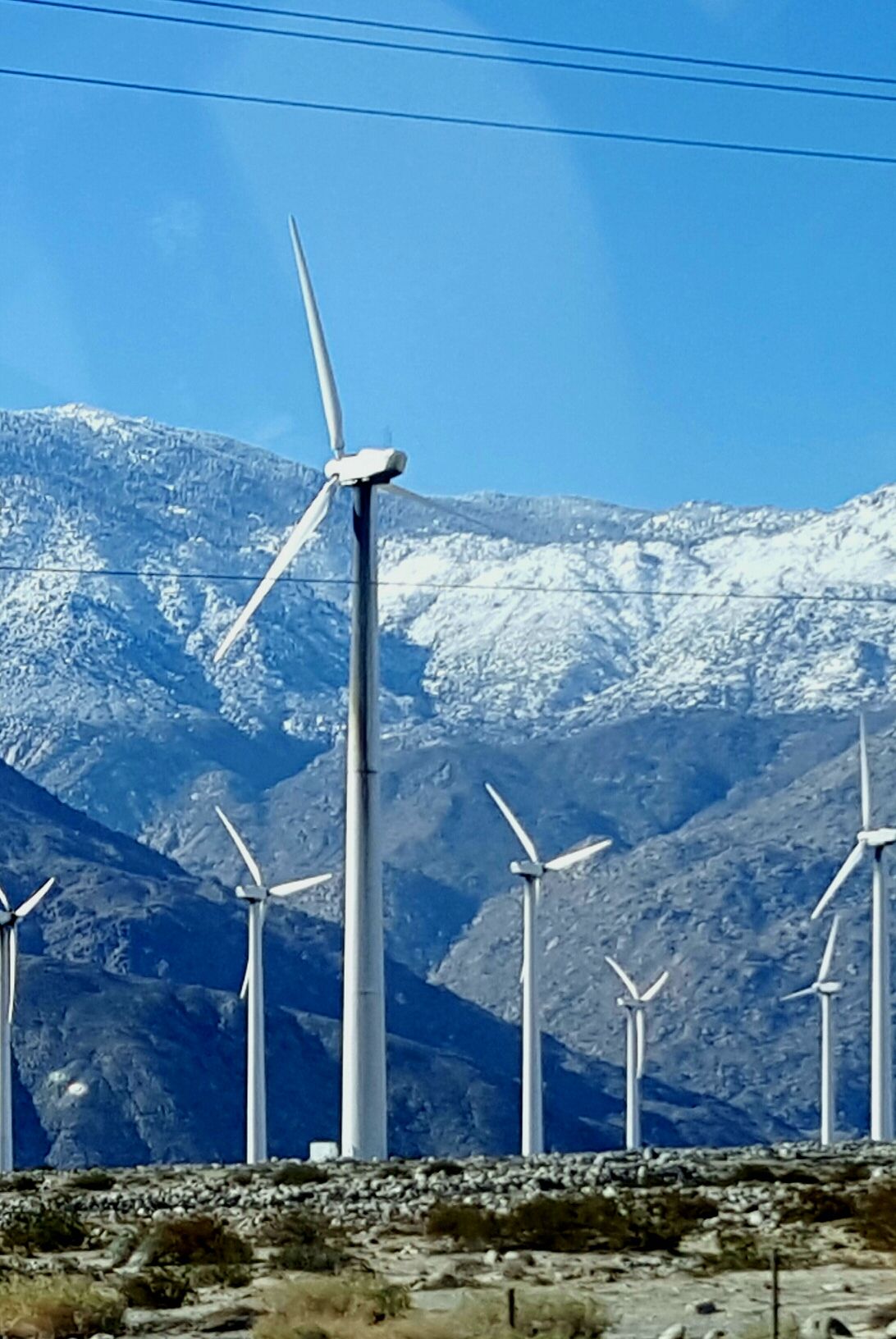 See that dirty oily looking black stuff that looks like it is oil destroying the desert, that is called POLLUTION.
OP 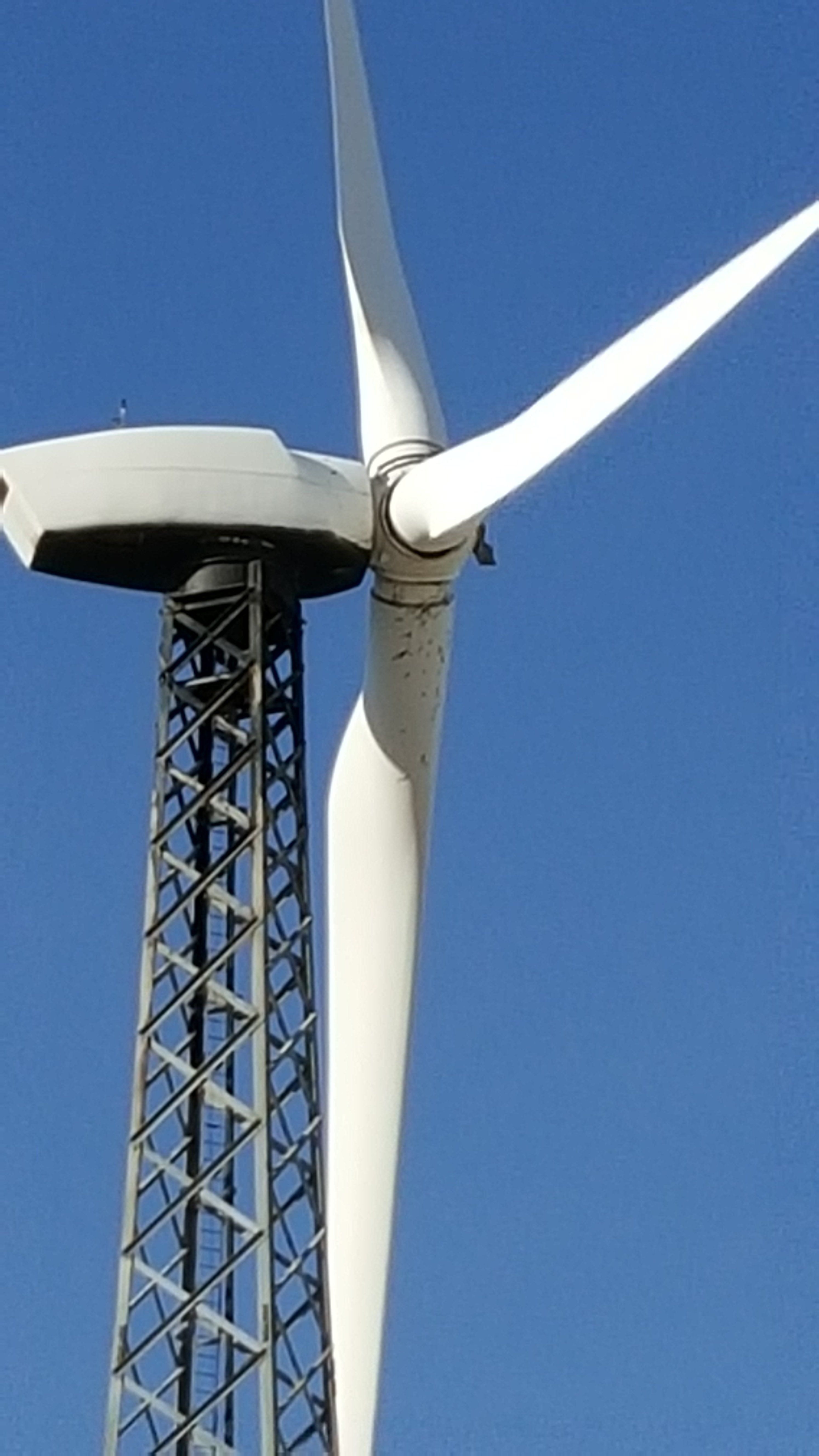 It is very sad the lies we are told about clean energy, how long have these monsters leaked oil?
OP 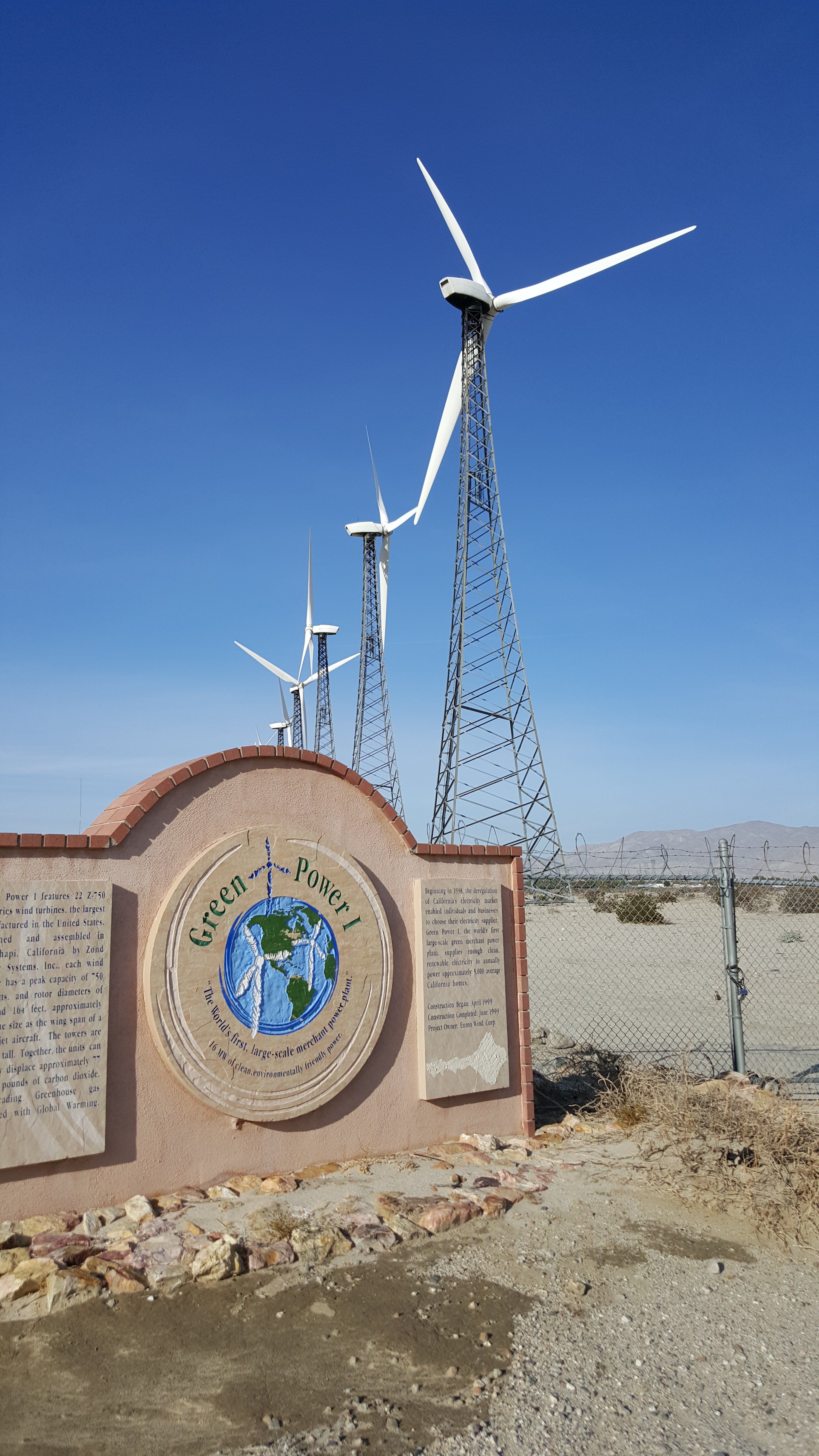 Zoom in on the pic, they all leak a significant amount of dirty oil.

How long and how much?
OP

How many different photos of Dirty Wind Power can I post?

Can you post a photo of clean coal energy? 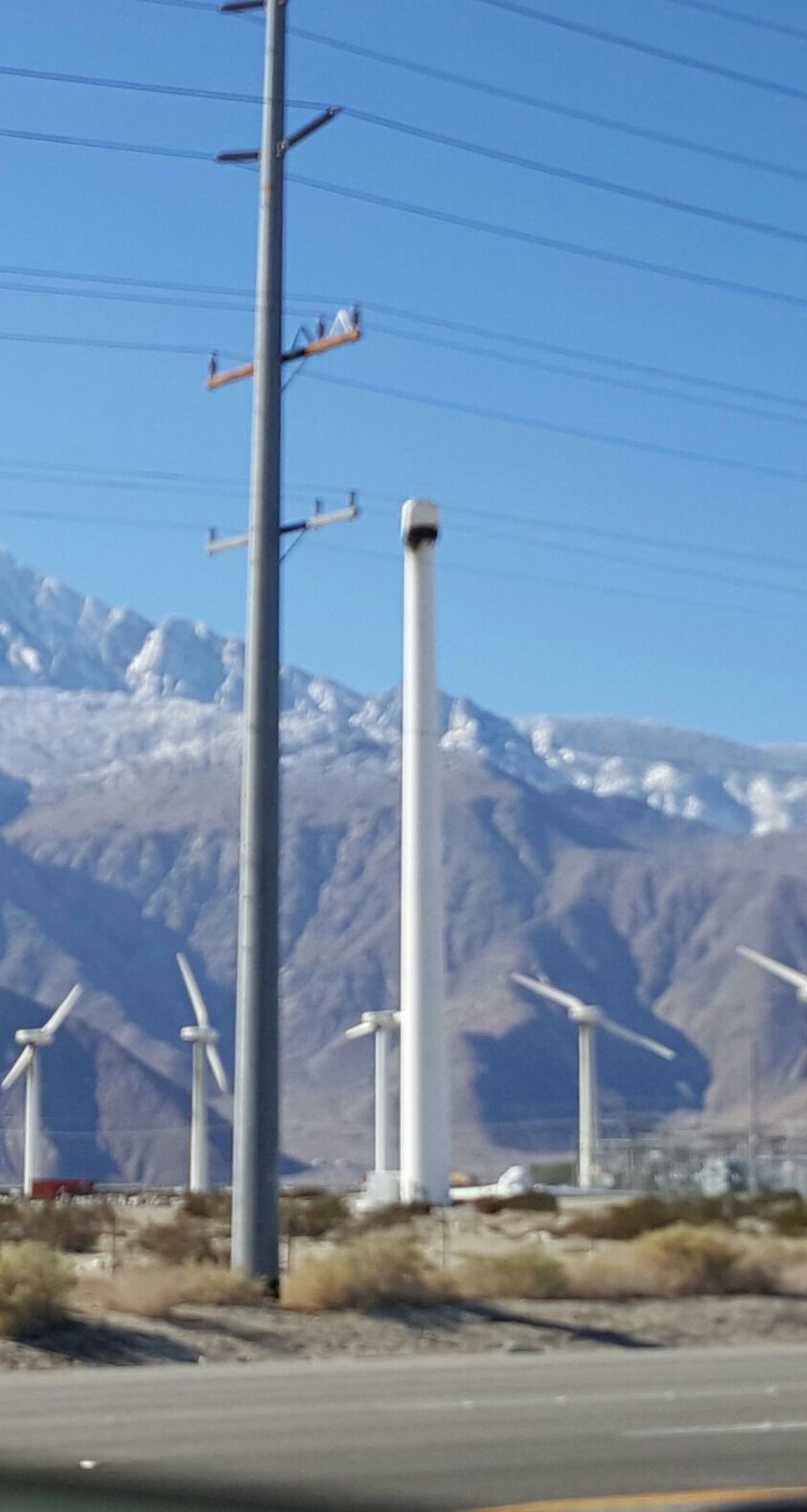 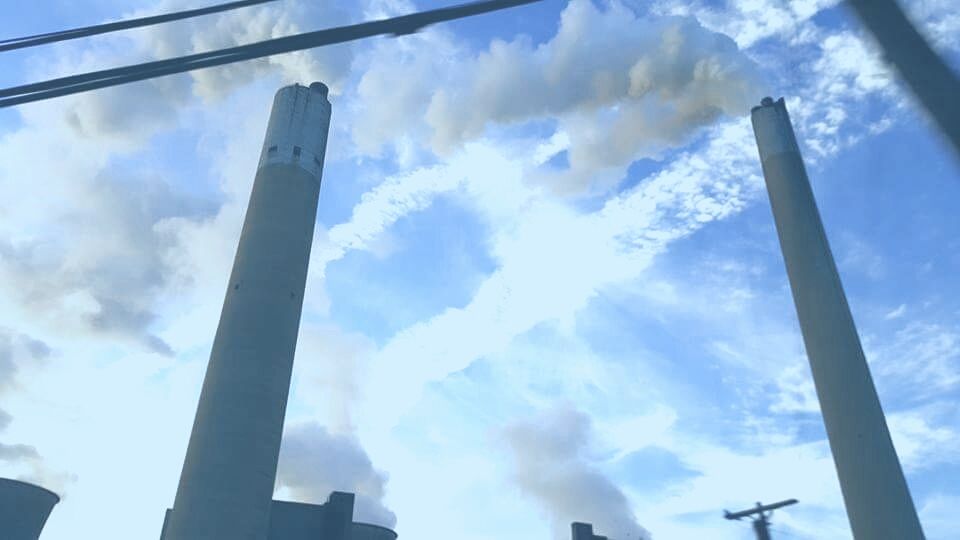 Grandma said:
Can you post a photo of clean coal energy?

Of course I can, these are pics I took personally.

elektra said:
View attachment 61747 See that dirty oily looking black stuff that looks like it is oil destroying the desert, that is called POLLUTION.
Click to expand...

We can only hope some young officer will get the courage to shoot that dago bastard.
OP 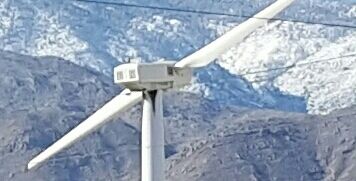 It doesn't fuck up the air
It doesn't poison our rivers

Now go blow it out your backside!
Click to expand...

Oil leaking onto the ground does not poison our rivers?

See these little splatrers of black ugly oil on this wind turbine, they are actually huge splatters, some over a foot in size, I wonder how many hit the ground in the last 20 years? 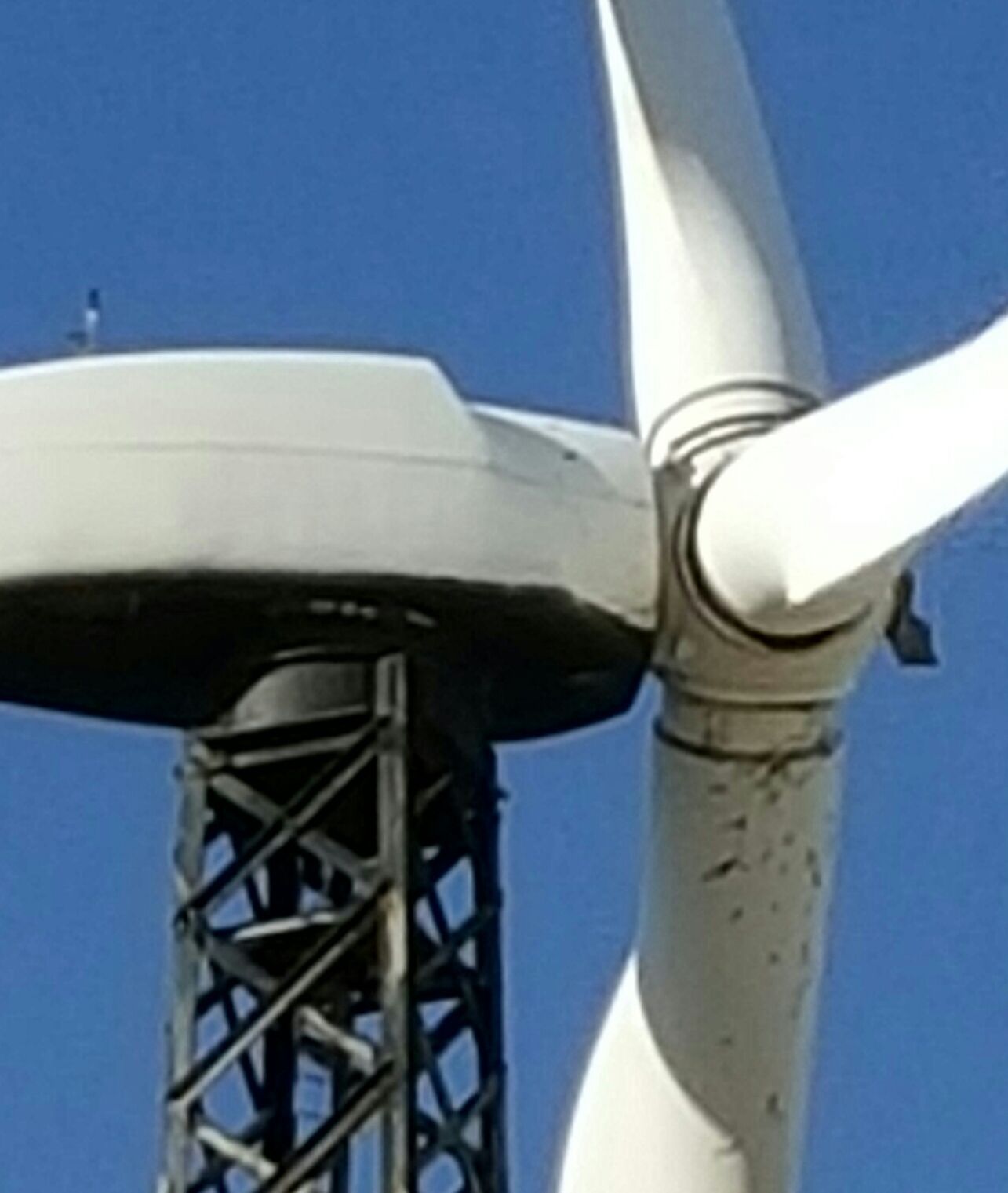 On the "stupid and desperate" scale, I give this thread an "8". It's way up there, but deniers can and have done better.

mamooth said:
On the "stupid and desperate" scale, I give this thread an "8". It's way up there, but deniers can and have done better.
Click to expand...

elektra said:
See these little splatrers of black ugly oil on this wind turbine, they are actually huge splatters, some over a foot in size, I wonder how many hit the ground in the last 20 years?View attachment 61759
Click to expand...

On the great divide this is not an uncommon site. The grease and oil loss on these things is massive and covers a large area of throw off and micro spattering into the wind. The ground contamination is like pouring out 25 gallons of oil over a 200 X 200 foot area below these things when they fail or have significant leaks. Our office is working on exposing this type of massive environmental damage which is being covered up by the enviro-nazis in the Obama admin, UN, and the EPA..

There is a reason that Spain has built no more wind turbines for over a year now.. And why Germany is now cutting permits by over half next year.. No subsidies now mean the whole house of cards will crumble quickly. The wind turbine failure rate has nearly tripled in the last 3 years due to lack of maintenance caused by the loss of handout monies.

Take a good look, as subsidies end this year for most of the US wind industry. This is what we get to look at on our mountains and prairies when these things all crash and burn soon, as their owners go bankrupt.
Last edited: Jan 31, 2016
9

So, how long does a wind turbine have to produce, in order to offset it's construction and maintenance costs?

9aces said:
So, how long does a wind turbine have to produce, in order to offset it's construction and maintenance costs?
Click to expand...

About 30 years... It will need to be fully overhauled at least once and replaced in just 10-15 years.. You will never reach full repayment.. they are a net fail.. (unless you can force $0.50/Kwh as a base price for the whole network. as long as we can use coal or natural gas this will never happen. this is why enviro-nazis have a war on coal and gas)
Last edited: Jan 31, 2016

It is very sad the lies we are told about clean energy, how long have these monsters leaked oil?
Click to expand...


Its just lubrication and not a good preventive maintenance program.

bear513 said:
Its just lubrication and not a good preventive maintenance program.
Click to expand...

Actually its both lubrication and hydraulic control issues.

The gear box on a 500kw GE unit holds 10-12 gallons of 45-60 oil. The hydraulic control systems (Brakes, blade turn, base turn, pitch and yaw control) hold upwards of 35 gallons of AW32 in them and the systems reservoir..

Most of what you see in the OP's pictures is hydraulic fluid leaking from control rams and the turret motor of the unit. Some of the newer units are using synthetics, which break down in sunlight to its base organic matter, the earth can deal with. Most of these wind turbines are not using the newer oils as they were designed for the fossil fuel types. The problem is the seals on the hydraulics, which these new oils simply eat holes in, as it is so costic. (acidic)

Even with the newer oils the areas directly below, in about a 200' radius, and down wind is laid waste in fairly short order if there is a leak. Throwing acidic substances, even if organic, on the landscape isn't good for it either but after about 3-5 years it will recover on its own as compared with oil which lays it waste for 20-30 years and poisons the water tables below as it leaches.

Wind mills have huge problems and destroy their environments, wildlife, and surface micro-cliamtes far worse than our gasoline vehicles and fossil fuel uses have done. The term "green" is far from the truth.. I doubt any of our enviro-nazis will look objectively at just how badly these things hurt the areas they are placed in.
You must log in or register to reply here.

It's Not Just Flint: America Has a Major Lead-in-Water Problem

Why the Progressives are lying about Global Warming and how drilling for Oil, keeps the country clean.

R
The Ying and the Yang

US Secretary of State Antony Blinken spoke by phone with Venezuelan opposition leader Juan Guaidó, calling him "the interim president of Venezuela"

T
I think it’s great the BLM founder Patrisse Khan-Cullors bought four homes with the money that she earned from her book sales and speaking fees....

CDZ With 9.3 million job openings in the United States, why are there still people panhandling on the corner of Intersections?
2