Boy, now you know the Dems are desperate when they LEAP on a book written by a old washed up, has been reporter, from the Nixon era......


Democrats leaped on disclosures in a new book critical of the Bush administrations conduct of the war in Iraq and called Friday for Defense Secretary Donald Rumsfeld to be fired, but the White House responded by dismissing the book as inaccurate cotton candy.
The book, State of Denial, by Bob Woodward, depicts the Bush administration as being deeply divided over the war. Some of its juiciest disclosures landed with a bang in the capital Friday, just five weeks before elections in which Democrats were already projected to make significant inroads in the Republican majorities in Congress.

Woodward, an assistant managing editor at The Washington Post whose exhaustively researched examinations of power are instantaneous best-sellers, paints a bipolar administration. He writes that major players have taken sides in a struggle between an arrogant, out-of-touch Rumsfeld and internal skeptics, notably former Chief of Staff Andrew Card, former Secretary of State Colin Powell and many of Rumsfelds own military leaders.

Most seriously, the book discloses that Bush ignored pleas from a top adviser as far back as September 2003 for tens of thousands more troops to fight the anti-U.S. insurgency in Iraq.

But it also dishes a great deal of insider gossip, with no one coming off worse than Rumsfeld, whom numerous senior government officials criticize by name as isolated from the reality of the war on the ground and dismissive of any intelligence and advice contrary to his optimism.

The book describes Defense Secretary Donald Rumsfeld as running roughshod over his commanders and feuding with Condoleezza Rice When she was national security adviser, refusing to answer her phone calls and telling her he didnt report to her.


Chief White House Correspondent David Gregory: Democrats treated the Woodward book as the October surprise theyd been waiting to use against the White House.

Its time for the misleading, the mistakes, the misconduct to end, said Senate Democratic leader Harry Reid of Nevada.

This argument buys into the enemys propaganda that the terrorists attack us because were provoking them, the president said.

In an interview with ABC News, Card confirmed Woodwards report that he twice tried to have Rumsfeld fired and replaced with former Secretary of State James Baker, only to be eased out of his own job. Asked about that report Friday, White House press secretary Tony Snow told reporters that Im not going to contradict it.

The book is not being published until midnight Friday, but some news organizations, including The New York Times and the New York Daily News, were able to buy copies ahead of publication and reported numerous details. Extensive excerpts will be published over the weekend by Newsweek and The Post, which hurried its own account of the book onto its Web site Friday after details began emerging Thursday night.


Democrats: We told you so
Democrats seized on the reported disclosures as confirming what they have been saying about Bush since before his re-election in 2004.

I wasnt surprised about anything, Rep. Charles Rangel, D-N.Y., said in interview with MSNBC-TVs Tucker Carlson. The president is locked in to make certain we dont leave Iraq until victory, and yet he cant describe victory.


Bush
President Bush is portrayed as being stubbornly immune to warnings that things might not be going well in Iraq. According to published reports, Woodward describes Bush as increasingly removed from reality.
Other disclosures:

 In September 2003, Bush is reported as having ignored a warning from Robert Blackwill, then the top Iraq adviser on the National Security Council, that tens of thousands more U.S. troops were needed to subdue the insurgency.

 In November 2003, Bush is quoted as having said: I dont want anyone in the Cabinet to say it is an insurgency. I dont think we are there yet.

 Bush regularly talks with Vietnam-era Secretary of State Henry Kissinger. The problem, Woodward said on CBSs 60 Minutes, is that Kissingers fighting the Vietnam War again because, in his view, the problem in Vietnam was we lost our will.

At a news conference in Washington, Senate Democrats called for Rumsfeld to resign or be fired, and for Bush to acknowledge his mistakes and overhaul his Iraq policy.

We believe, many of us, that he has to go, and we are going to be renewing our efforts in a number of ways to urge the president to find a new secretary of defense, said Sen. Charles Schumer of New York, a member of the Democratic leadership.

As for Bush, He doesnt want to see the facts, said Carl Levin of Michigan, the ranking Democrat on the Armed Services Committee. He doesnt want to acknowledge reality. And if were going to change the course and change the dynamic in Iraq, we have to end this state of denial. Weve got to bring some reality to the president and his administration.
http://www.msnbc.msn.com/id/15063982/ 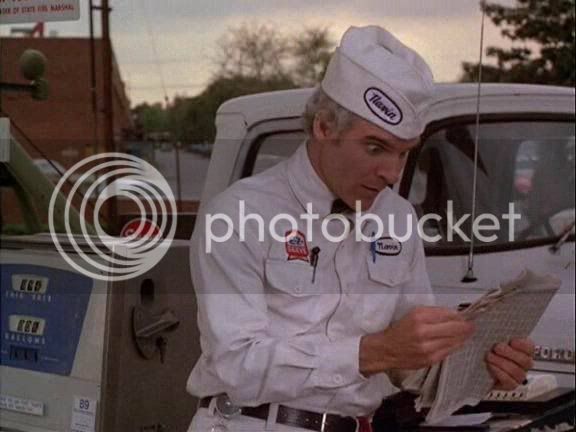 "A nation can survive its fools, and even the ambitious. But it cannot survive treason from within. An enemy at the gates is less formidable, for he is known and carries his banner openly. But the traitor moves amongst those within the gate freely, his sly whispers rustling through all the alleys, heard in the very halls of government itself."
Tullius Cicero (106-43 BC)
--------------------------------------------------------------
George Washington :
“However [political parties] may now and then answer popular ends, they are likely in the course of time and things, to become potent engines, by which cunning, ambitious, and unprincipled men will be enabled to subvert the power of the people and to usurp for themselves the reins of government,
You must log in or register to reply here.

The “Bombshell”: President Trump reached for steering wheel of limo and fought with Secret Service Agents.
46 47 48