An Everett man accused of swearing allegiance to ISIS was resentenced in Boston on Monday.

David Wright, 51, has already been sentenced to 28 years in prison for trying to help ISIS by killing Americans, but that count was overturned last year. On Monday, he was sentenced to 30 years -- 25 years for the conspiracy charge and 5 years for obstruction.


An appeals court found the judge in the case failed to properly explain the meaning of the law to jurors.

Wright was arrested after his uncle -- and fellow conspirator -- was killed in a confrontation with police in 2015. 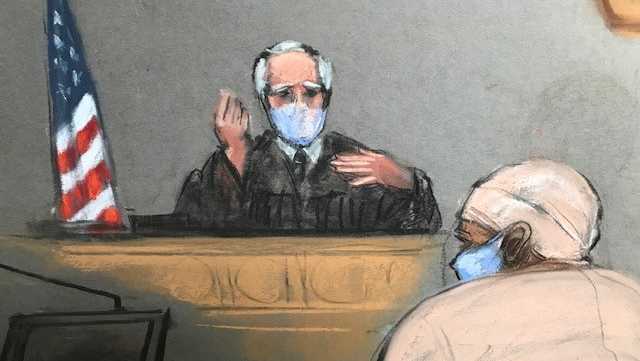 An Everett man accused of swearing allegiance to ISIS was resentenced in Boston on Monday.

I've learned more in the last 3 years than I have in my whole life-he said.

I'm thinking the only thing he's learned in the last 3 years is that prison sucks. How unfortunate. I don't even like Pam.

25 years of taxpayer funded meals and a roof? Seems like a lead bullet is much cheaper.
You must log in or register to reply here.

Review: the Trial of the Chicago 7

In modern history, what follows a Democrat "blue wave" in the USA?
2

Why won't Trump and Biden campaign in toss-up Texas?