In our previous show, we talked about whether or not the US overthrew the Ukraine government.

In this show, the question is, what do we do about Russia and the Crimea. Unfortunately, unlike other questions in politics, such as economics and long standing policy choices, this particular topic is very difficult, and there is not always a clear answer.

What I do know is that we have to remember the history of Crimea and the Russian people.

The people of Russia are products of the Steppe. 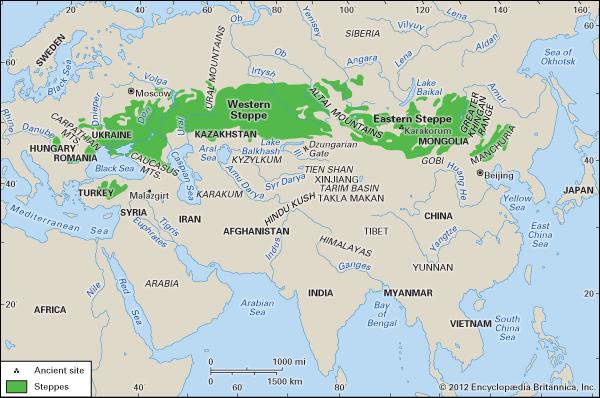 This is an area of extremely difficult environment, and sparely populated, and historically lawless. The Eastern Steppe was the source of attacks by tribal people, and was a source of the Huns and Mongols, both of which conquered China.

In addition, you had the golden horde. Repeated attacks from the steppe, by the Mongols. These attacks and raids continued for nearly 300 years, from 1200s to the 1500s.

Russia is a people who have been attacked by all sides routinely. The very city of Moscow has been attacked, and almost completely destroyed dozens of times. This has made them a tough, and determined people, able to handle situations most other nations have never dealt with.

This is a people who when Napoleon marched into Moscow in 1812, the Russians burnt nearly the entire city to the ground, themselves, just to prevent the French from anywhere to recuperate in the winter.

In order to understand the Russia of today, and it's tie with Ukraine and Crimea, perhaps a quick history is an order.

Long before Russia existed, the area was populated with slavic tribes. These tribes formed a Federation of Slavic Tribes known as Kievan Rus. Sound familiar? The capital of this federation was.... Kiev.


Kievan Rus, First eastern Slavic state. It was founded by the Viking Oleg, ruler of Novgorod from c. 879, who seized Smolensk and Kiev (882), which became the capital of Kievan Rus. Extending his rule, Oleg united local Slavic and Finnish tribes, defeated the Khazars, and, in 911, arranged trade agreements with Constantinople. Kievan Rus peaked in the 10th and 11th centuries under Vladimir I and Yaroslav, becoming eastern Europe’s chief political and cultural centre. At Yaroslav’s death in 1054, his sons divided the empire into warring factions. The 13th-century Mongol conquest decisively ended its power.​
Before that federation fell apart, a Kievan Rus Prince, went up north and found a trading post. There he built a fort. That fort, founded on the "Moscow River" is how the modern day Kremlin was created. Kremlin means "Fortress".

This fort grew into a town, and city, which eventually became the Grand Principality of Moscow, which later reunited all the Slavic tribes, and fought back the Mongols.

To this day, many of the people of Russia, believe that Ukraine and Russia should be one nation.

BBC News - The Russians fighting a holy war in Ukraine

Many see this as reuniting the Slavic people of a common heritage. In the above article, the BBC interviews Pavel, a typical Russian Man. Pavel is a book keeper, an accountant, for a small business. Yet his faith, the Orthodox Russian Christian faith, led him to get a gun, and fatigues, and join volunteers to fight in Crimea. 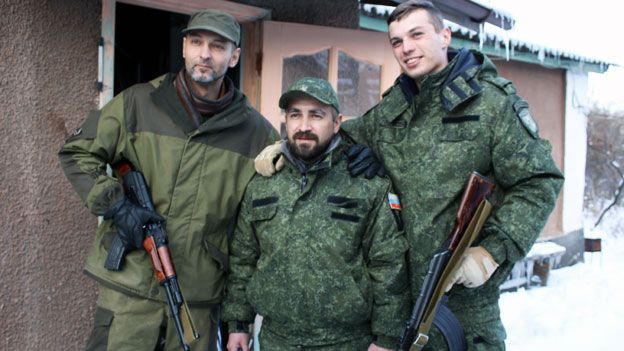 
Pavel: "Why do I say Donetsk is Jerusalem? Because what's happening here is a holy war of the Russian people for its own future, for its own ideals, for its children and its great country that 25 years ago was divided into pieces,"​
This isn't about cheap natural gas, or a trade deal with the EU, for these people. It's the regaining of the honor and heritage of their people.

What did Putin say was the reason for sending troops into Crimea?
Putin says he reserves right to protect Russians in Ukraine - The Washington Post


“We understand what worries the citizens of Ukraine, both Russian and Ukrainian, and the Russian-speaking population in the eastern and southern regions of Ukraine,” he said. “It is this uncontrolled crime that worries them. Therefore, if we see such uncontrolled crime spreading to the eastern regions of the country, and if the people ask us for help, while we already have the official request from the legitimate president, we retain the right to use all available means to protect those people. We believe this would be absolutely legitimate.”​
Does anyone remember the previous Russian-Crimean war?
What was the trigger? Nicholas, Emperor of Russia, demanded to represent the Orthodox Christians in the Ottoman Empire. Sound familiar?

But it's also about a long history of being invaded by armies for centuries, leaving a scar on their culture.


"Our efforts are saving the Russian state," he says. "Because if the war for Donetsk is lost, it will immediately cross the border and begin in Russia. Rostov, Moscow, Vladivostok will be in flames." - Pavel​
Many people don't realize Moscow has been invaded and sacked, a half dozen times. Most of the city was burned down 4 times. The King of Crimea attacked Russia in 1571, leveling most of the city.

And as I mentioned before, the French attacked, and 4/5ths of the city was burned down, granted it was done by the Russians themselves, to prevent the French of having a place to stay.

But the point is, these people are unfortunately, used to the idea of external threats, and they are naturally weary of foreign involvement. And unfortunately history has given them reason to be weary.

Some have seen this video where an American tourist, smacks a lady on a bus, and Russian steps right up and slaps the snot out of him. Honor and respect is highly valued in this culture.

We used to have that. In old movies you'll hear people say statements like "protecting my good name". Today though, we've lost that. Russia though, has not. And breaking honor is a bad play in their view.

In the Crimean war, Nicholas of Russia, expected more support from Europe. After all, it was Russia that had ultimately stopped Napoleon at a massive cost of lives, and their capital. Yet when war broke out against the Ottoman Empire, Britain joined forces with France, and sided with the Ottomans.

For your allies to instantly turn against you, doesn't fit with the Russia culture.

Then World War 1, and you have Russia attacking on behalf of the allies against Germany. The Russian troops were absolutely decimated, and yet their sacrifice resulted in Germany diverting troops away from the western front, at the very point in time the allies were on the verge of collapsing. It is arguable, that the Russian attack gave France and Britain just the time they needed to form a defense, which held off the Germans to a stalemate on the western front.

In World War 2, Soviets and German forces fought back and fourth over Russian land for 3 years, before the allies landed on D-Day. Again, it could easily be argued that had we attacked much earlier, millions of Russian lives could have been spared throughout the Soviet Union. Also it could be argued that without the Soviets holding German forces in the bitter Eastern Front, that D-Day would have never succeeded.

Many Russians believe they have been wronged by western powers.

So where does that leave us?

One school of thought from the war hawks, is that Russia is being a bully. I learned in high school, appeasing a bully has the same effect that appeasing Hitler had.... the bully becomes even more of a bully.

The solution to a bully, is to roll your hand up into a fist, and plant it as hard as you can, on the side of the bullies face.

The other school of thought is that we can't pin Russia down into a no-win situation. Like other honor based societies, pinning down Japan on oil, resulted in them attacking Pearl Harbor. Russia will not simply fall down. They are a resilient people.

I am personally of the opinion, we should let Crimea go. NATO membership should be out of the question. That's pushing Russia into a corner. It may not seem like it to us, but that's because we haven't been invaded by our neighbors for the last 1000 years. To Russia, having Ukraine as part of NATO, is like us letting the Soviets put nukes in Cuba.... only worse.

As for Ukraine and trade with EU... one of the reasons the Ukrainians wanted trade with the EU, is because they felt like Russia was pulling the strings through trade deals. And honestly... the evidence seems to show they were right.

But do we put ground forces to repel Pro-Russian militias fighting in the Ukraine? If we don't, will that be seen as a green light to Putin to rebuild the Holy Russian Empire?

Pushing back against a bully is the only response a bully recognizes. But too much push back, results in a fight or flight response, and we know which way the Russians will go if pushed that far.

Where that line is..... Unfortunately I have no idea. Fortunately, I'm not the one who has to wrestle with that questions ultimately.

However, I'm a Christian, and I find the Holy War aspect rather interesting.

In the Book of Daniel, Chapter 2 and 7, Daniel interprets a dream, and has a vision. In both, he sees 4 kingdoms, and a 5th. The 4th is clearly the Roman empire. The 5th, is considered the revived Roman empire.

But lastly, Ivan the 3rd, married Sophia Palaiologina, who was a niece of Constantine XI, the last Emperor of the Byzantine empire. In theory, the heirs have claim to the fallen Roman Empire.

Pavel, in the prior story, believes this is the heritages of the Russian people.


Despite Kremlin denials, evidence from intelligence sources, and Russian human rights groups, suggests thousands of regular Russian troops have also been fighting there, alongside a larger number of local rebels. But men like Pavel say they aren't there under orders, or for money, but only for an idea, the idea of restoring a Russian empire. It would be Orthodox, like the empire of the tsars, including Ukraine and Belarus.​
The Orthodox East Christian Church, is the third largest Christian sect. Is it possible that the Revived Roman Empire, could end up being Russia?

In Ezekiel 38, G-d is speaking, and talks about a massive army of many different people, from the land of Magog. Magog was a grandson of Noah. Noah had three sons, one was Japheth, who had a son Magog. Magog, settled in a land north of Israel. 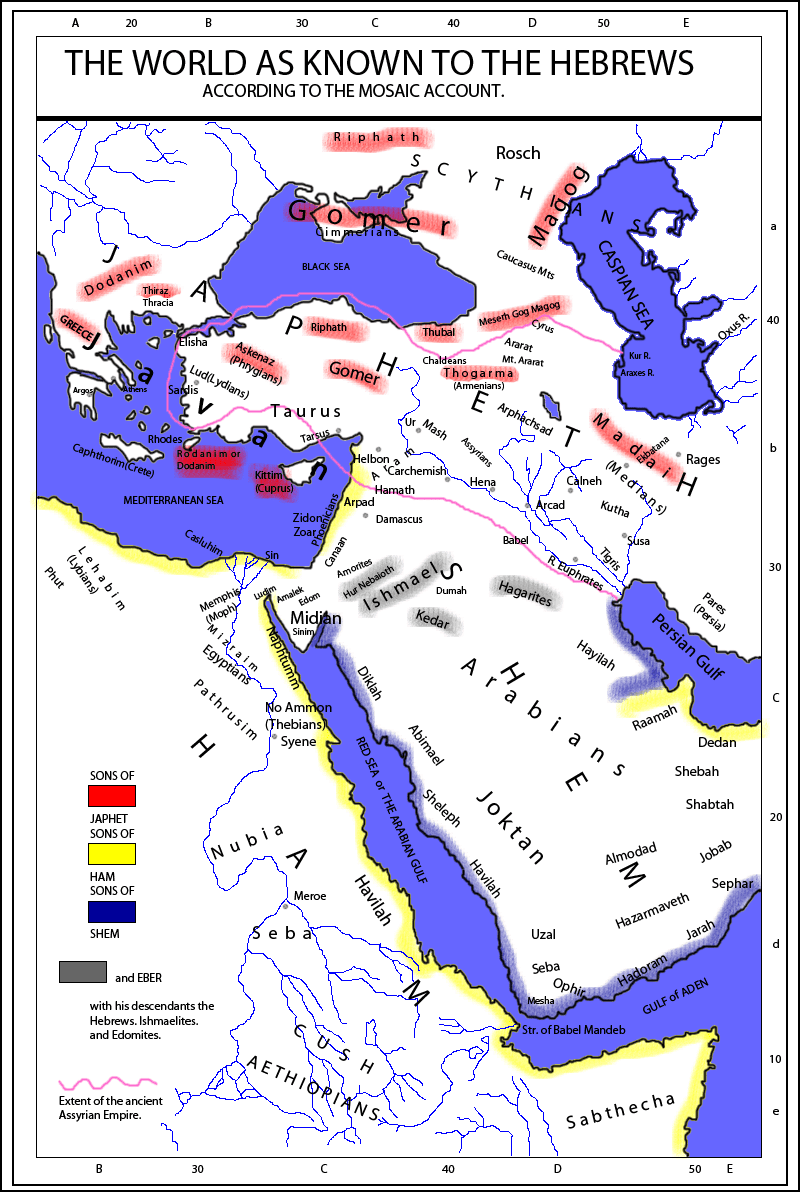 As near as we can tell, Magog settled in the land that we now know as Russia. Equally, it says that G-d will bring the armies against Israel from the "far north". Well.... Russia is far north. Directly north of Israel is Syria, beyond that is Turkey, and beyond that is Ukraine, and Russia.

Could this be the gradual alignment of Biblical prophesy? Hard to say. For my part "I don't know" is the best answer I have.

What do you think?
D

See foreign countries jumping on our laps when we drop bombs on other countries? No. Want them to? Of course not.
You must log in or register to reply here.

Close Down All Mosques; Eliminate All Korans

The left is gonna get their wish if they keep pushing. 19 cops in the emergency response team QUIT

Capitol Police Deny David Bailey is Killer of Ashli Babbitt. What Goes On?
20 21 22

Chauvin Will Be Convicted
7 8 9

5
Assault Weapons Ban would be unconstitutional. "A State Militia must be maintained and well regulated"
41 42 43