How best would describe your demeanor here?

are you a solution seeker?

are you a partisan parrot?

It all depends on which one of us you're addressing. 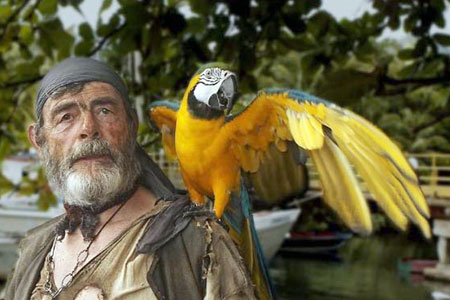 But hey, laying off the cocaine isn't ever popular with career straw noses.

Do I get a cracker if I answer correctly?
Men build too many walls and not enough bridges.

Catch me if you can!

I am for entertainment purposes only.
If you have built castles in the air, your work need not be lost; that is where they should be. Now put the foundations under them.
~ Henry David Thoreau ~​
​

I try and be a soloution seeker, however I am pretty negative.

However I try all I can to avoid being a political parrot.
OP

But hey, laying off the cocaine isn't ever popular with career straw noses.
Click to expand...

Ahhhhhhhhhh, I actually felt sorry for ya there my mod opposite Dude.... till i read your next line and that's no way to keep friends!


Anything else is for the birds.

That is not a solution, that is a tincture
Men build too many walls and not enough bridges.

Solutions are for lesser men.
Moving on, hail and farewell.

Im more of watch what people do and say and try to understand human nature better type person. You learn alot about people by watching what they say and do.

I also like seeing new ideas or even old ideas put to the test. See what holds up and what doesn't. That way i could advocate for better solutions. That's why im conservative.
To suppose that any form of government will secure liberty or happiness without any virtue in the people is a chimerical idea. - James Madison

There is only one solution and that would include learning our form of government and not kowtowing to big government control, for the sake of healthcare or any other supposed program that would make us all equal

Life isn't fair, I for one would like to choose what I do with my life and who and when I choose to help others.

False guilt being placed on Americans is destroying our freedom

Many people are awake, but they have to stay awake.

I do not parrot.

Oh, and in my day to day life. I am always seeking AND finding solutions. I do not know any other way
Last edited: Apr 15, 2010
Of all tyrannies, a tyranny sincerely exercised for the good of its victims may be the most oppressive. It would be better to live under robber barons than under omnipotent moral busybodies."

I always try to offer solutions. It's frustrating because people only want to hear what they perceive to be the answer.
The tree of liberty must be refreshed from time to time with the blood of patriots & tyrants.
Thomas Jefferson

I come here for the calamari and to watch the baboon exhibit.

I'm into napalm and nuclear fallout. People seem to have an issue with my solutions. Go figure.
This board needs an enema!

Ringel05 said:
It all depends on which one of us you're addressing.

There are no solutions. Only consequences...as this story demonstrates:


A hill farmer named Dai was overseeing his stock in a remote mountain valley in Wales when suddenly a brand-new BMW 4x4 advanced out of the nearby wood. The driver, a young man in a Brioni suit, Gucci shoes, RayBan sunglasses and a YSL tie, leans out the window and asks the old farmer, 'If I tell you exactly how many cows and calves you have in your herd, will you give me a calf?'

Dai looks at the man, obviously a yuppie, then looks at his peacefully grazing animals and calmly answers, "Sure, why not boyo?"

The yuppie parks his 4x4, whips out his Dell notebook computer, connects it to his Cingular Bluetooth cell phone and surfs to a NASA page on the Internet, where he calls up a GPS satellite to get an exact fix on his location which he then feeds to another NASA satellite that scans the area in an ultra-high-resolution photo.

The young man then opens the digital photo in Adobe Photoshop and exports it to an image processing facility in Hamburg , Germany .

Within seconds, he receives an email on his Palm Pilot that the image has been processed and the data stored. He then accesses a MS-SQL database through an ODBC connected Excel spreadsheet with email on his Blackberry and after a few minutes, receives a response.

Finally, he prints out a full-colour, 150-page report on his hi-tech, miniaturised HP LaserJet printer and finally turns to the farmer and says, "You have exactly 1,586 cows and calves."

"That's right. Well boyo, I reckon you can take one of my calf's," says Dai.

He watches the young man select one of the animals and looks on amused as he stuffs it into the boot of his car.

Then Dai says, "Look you, if I can tell you exactly what your business is, will you give me back my calf?"

The young man thinks about it for a second and then says, "Okay, why not?"

"You're a Member of Parliament with the British Government," says Dai.

"Wow! That's correct," says the yuppie, "but how did you guess that?"

"No guessing required boyo," answered the farmer, "you showed up here even though nobody called you; you want to get paid for an answer I already knew, to a question I never asked. You tried to show me how much smarter than me you are and you don't know a thing about cows ... this is a flock of sheep ... now give me back my fucking Border Collie!"
Dream as if you'll live forever; live as if you'll die tomorrow. ... Make the best of today, for there is no tomorrow until after today​

uscitizen said:
I try and be a soloution seeker, however I am pretty negative.

However I try all I can to avoid being a political parrot.
Click to expand...

Defiant1 said:
I always try to offer solutions. It's frustrating because people only want to hear what they perceive to be the answer.
Click to expand...

Ain't that the truth and if your solution doesn't fit their way of thinking they completely shut you off and refuse to work towards any kind of solutions.

Immie
"To confess you were wrong yesterday, is only to acknowledge that you are a little wiser today; and instead of being a reflection on yourself, it is an honor to your judgment, and shows that you are improving in the knowledge of the truth." Charles H. Spurgeon in his sermon on Election.
OP

Defiant1 said:
I always try to offer solutions. It's frustrating because people only want to hear what they perceive to be the answer.
Click to expand...

Ain't that the truth and if your solution doesn't fit their way of thinking they completely shut you off and refuse to work towards any kind of solutions.

the question is....do you do that as well? do you or defiant shut off the other person if answers or solutions do not fit your own ideals as well, and have a prejudged conclusion that it is just liberal antics....?

care
You must log in or register to reply here.

It took Biden a year to say something sensible. THERE IS NO FEDERAL SOLUTION TO COVID.

Jan 6, 2022
22lcidw
2
A
If the solution to a problem is easy to check for correctness, must the problem be easy to solve? (google it)

A
A solution is easy to verify that it solves a problem, a problem is a problem to really solve...or else it wouldn't be really a problem...

Some Of The Biggest Lies Being Spread About The Jan. 6 Insurrection
51 52 53