WASHINGTON (AP) &#8212; President Barack Obama says he wants to make sure millionaires are taxed at higher rates than their secretaries. The data say they already are.
"Warren Buffett's secretary shouldn't pay a higher tax rate than Warren Buffett. There is no justification for it," Obama said as he announced his deficit-reduction plan this week. "It is wrong that in the United States of America, a teacher or a nurse or a construction worker who earns $50,000 should pay higher tax rates than somebody pulling in $50 million."

On average, the wealthiest people in America pay a lot more taxes than the middle class or the poor, according to private and government data. They pay at a higher rate, and as a group, they contribute a much larger share of the overall taxes collected by the federal government.

In his White House address on Monday, Obama called on Congress to increase taxes by $1.5 trillion as part of a 10-year deficit reduction package totaling more than $3 trillion. He proposed that Congress overhaul the tax code and impose what he called the "Buffett rule," named for the billionaire investor.

The rule says, "People making more than $1 million a year should not pay a smaller share of their income in taxes than middle-class families pay." Buffett wrote in a recent piece for The New York Times that the tax rate he paid last year was lower than that paid by any of the other 20 people in his office.

"Middle-class families shouldn't pay higher taxes than millionaires and billionaires," Obama said. "That's pretty straightforward. It's hard to argue against that."
There may be individual millionaires who pay taxes at rates lower than middle-income workers. In 2009, 1,470 households filed tax returns with incomes above $1 million yet paid no federal income tax, according to the Internal Revenue Service. But that's less than 1 percent of the nearly 237,000 returns with incomes above $1 million.
This year, households making more than $1 million will pay an average of 29.1 percent of their income in federal taxes, including income taxes, payroll taxes and other taxes, according to the Tax Policy Center, a Washington think tank.

The latest IRS figures are a few years older &#8212; and limited to federal income taxes &#8212; but show much the same thing. In 2009, taxpayers who made $1 million or more paid on average 24.4 percent of their income in federal income taxes, according to the IRS.

Those making $100,000 to $125,000 paid on average 9.9 percent in federal income taxes. Those making $50,000 to $60,000 paid an average of 6.3 percent.
Obama's claim hinges on the fact that, for high-income families and individuals, investment income is often taxed at a lower rate than wages. The top tax rate for dividends and capital gains is 15 percent. The top marginal tax rate for wages is 35 percent, though that is reserved for taxable income above $379,150.

With tax rates that high, why do so many people pay at lower rates? Because the tax code is riddled with more than $1 trillion in deductions, exemptions and credits, and they benefit people at every income level, according to data from the nonpartisan Joint Committee on Taxation, Congress' official scorekeeper on revenue issues.

The Tax Policy Center estimates that 46 percent of households, mostly low- and medium-income households, will pay no federal income taxes this year. Most, however, will pay other taxes, including Social Security payroll taxes.

"People who are doing quite well and worry about low-income people not paying any taxes bemoan the fact that they get so many tax breaks that they are zeroed out," said Roberton Williams, a senior fellow at the Tax Policy Center. "People at the bottom of the distribution say, 'But all of those rich guys are getting bigger tax breaks than we're getting,' which is also the case."
Treasury Secretary Timothy Geithner was pressed at a White House briefing on the number of millionaires who pay taxes at a lower rate than middle-income families. He demurred, saying that people who make most of their money in wages pay taxes at a higher rate, while those who get most of their income from investments pay at lower rates.

"So it really depends on what is your profession, where's the source of your income, what's the specific circumstances you face, and the averages won't really capture that," Geithner said.
Click to expand...

Barack Obama is in serious trouble with his base--so he is going back to the rich vs. poor rhetoric that worked for him in 2008. It's obvious that from this fact check--that he has distorted facts and figures to manipulate the American public--into this hate mongering of successful people in this country. Comparing earned income to investment income aka a comparison to apples vs oranges--which is taxed at a lower rate. The continual rhetoric on how he is going to make them pay their fair share--when they already pay most of the tax base of this country--while they are also the minut minority in this country. 311 MILLION Americans compared to 237,000 in the 1 million and over income.

Congrats to the Associated Press for FINALLY calling Barack Obama out on this issue.

So AP is finally reporting what we've been saying all along. Wonder when Reuters will finally come around?

Wonder how much Buffet is making from this administration??

AGAIN Federal personal income tax is only one of the taxes paid, and the figures don't account for tax loophole shell game of our tax code.

Obama is out there stating absurd provable lies and the fact that AP is even calling him on it is a testament to the absurdity of his claims.
OP

naturegirl said:
So AP is finally reporting what we've been saying all along. Wonder when Reuters will finally come around?

Wonder how much Buffet is making from this administration??
Click to expand...

It kind of makes one wonder what the political PAY-OFF is--possibly some kind of WAIVER on that BILLION dollars in taxes that one of Buffet's companies have been fighting the IRS over for the last 10 years?

Truthseeker420 said:
AGAIN Federal personal income tax is only one of the taxes paid, and the figures don't account for tax loophole shell game of our tax code.
Click to expand...

THEN re-do the TAX CODE to include EVERYONE--and not just 227,000 Americans--whom already pay the majority of the tax base in this country.

Paul Ryan is putting together a plan that will be out on paper soon--that gets rid of loop-holes and alot of corporate subsidies--that will increase tax revenue--while being able to lower EVERYONE'S tax rates--and stimulate the economy.

The MORON you elected is on video recording stating he will not raise taxes during this economic crisis--and is back at it again--simply because he knows he's in serious trouble with his base. 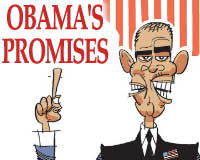 Buffet&#8217;s Definition of Buffet Rule Consistent with President&#8217;s Definition, White House Says
September 30, 2011 Washington (CNSNews.com) &#8211; Warren Buffet &#8211; the billionaire whose name President Barack Obama has been using to tout his tax increase proposal &#8211; was unclear Friday on CNBC about whether his idea of tax reform matches the president&#8217;s.

The Republican National Committee was quick to pounce on Buffet&#8217;s comment as saying the plans were not the same. However, White House Press Secretary Jay Carney on Friday insisted the president and Buffet had a common view on tax reform. While Buffet said his rule would only impact about 50,000 taxpayers in the country, Carney said it was about a principle that rich should not pay less than middle-class payers.

When CNBC&#8217;s Andrew Ross Sorkin asked Buffet, &#8220;Are you happy with the way it&#8217;s been described? Is the program that the White House has presented &#8211; a million dollars and over &#8211; your program?&#8221; Buffett responded, &#8220;Well, the precise program, I don't know what their program will be. My program would be on the very high incomes that are taxed very low &#8211; not just high incomes. Some guy making 50 million playing baseball, his taxes won&#8217;t change. If you make 50 million dollars a year appearing on television, his income won't change, but if they make a lot of money and they pay a very low tax rate, like me, it would be changed by a minimum tax that would only bring them up to what the other people pay.&#8221;

Obama has proposed a $1.5 trillion tax increase that focuses primarily on closing loopholes. He has repeatedly talked about millionaires and billionaires that pay less in taxes than secretaries, as is reportedly the case with Buffet. The tax proposal is intended to help pay for his $447 billion jobs plan while also helping to close the deficit. Sorkin later asked, &#8220;Does that mean you disagree with the president&#8217;s new jobs proposal which would be paid for by raising taxes on households with incomes of over $250,000?&#8221;

Buffett answered he did not have the details on the jobs proposal. &#8220;That's another program that I won't be discussing, but my program is to have a tax on ultra-rich people who are paying very low tax rates,&#8221; Buffet said. &#8220;Not just all the rich people. It probably would apply to 50,000 people in a population of 310 million.&#8221;

Citizens for Responsibility and Ethics in Washington defends Edwards

PA House Introduces a Resolution: The Election Process Shall Be Declared Improper.