An election audit in a small town in New Hampshire

Windham, New Hampshire, a town of 14,853 people, has long been a stalwart Republican stronghold in an otherwise Democrat state. As was the case throughout New Hampshire, it relied on AccuVote machines to collect and tally its 2020 votes.

When the election in Windham ended, Kristi St. Laurent, the Democrat candidate, had lost by only 24 votes. With that close a margin, she naturally demanded a hand recount.

The hand recount revealed something peculiar: St. Laurent hadn't lost by 24 votes; she'd lost by 420 votes. In a small election, that meant that her margin of defeat wasn't 0.005% but was, instead, 9.6%, which is a significant loss.

That same recount revealed an even greater anomaly: across the board, in every Windham election, Republicans had been shortchanged, and Democrats had been overcounted: 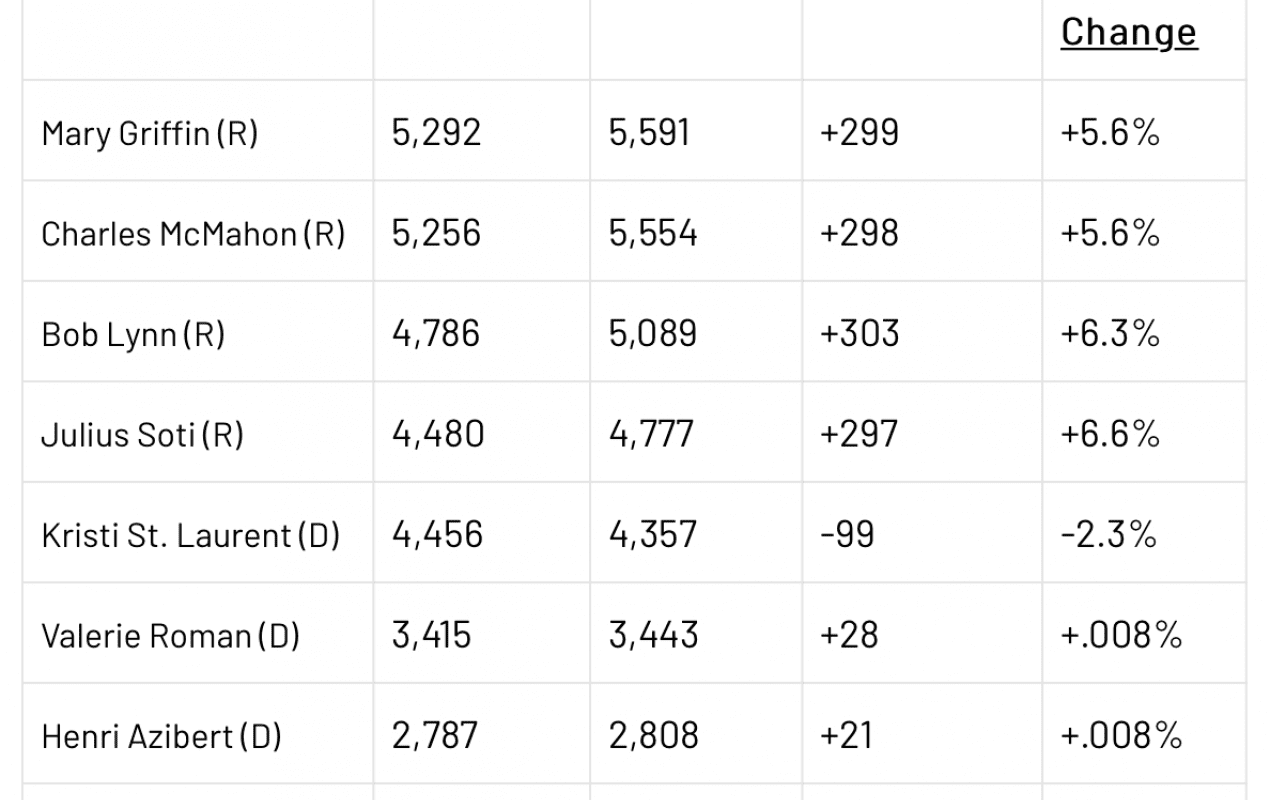 Those kinds of numbers manifestly demanded a full recount, which is what's happening now in Windham. And as with counts and recounts elsewhere, funny things are happening — not funny-ha-ha, but funny-peculiar:

An audit team sent to conduct a forensic examination of the 2020 election results in Windham, N.H. started the process off well enough on Tuesday. But by Wednesday, they hit a major snag: The live stream cameras that had been broadcasting the audit room around the clock went offline for close to 90 minutes, potentially obscuring any problematic intervention.

The team decided Thursday morning to reinspect the ballot machines on camera in an attempt to maintain observers' faith in their process. They needed to determine whether the machines had been tampered with over night when the cameras mysteriously went down.

Even if the camera failure is nothing, the consistent Republican deficits cannot be shrugged off as a series of random errors. When a "mistake" repeatedly runs in only one direction over a separate series of events, the hand of man becomes apparent.

Our elections need to be tightened — and doing away with voter ID is not the way to do it. Although I seldom look to England for anything good lately (sorry, England, I once loved you as only a true Anglophile could), its approach to voting is superb and getting better. Funnily enough, though, that's one policy that the left — which is always anxious to show how badly America measures up to the rest of the world — doesn't want to copy.

I've shied away from reporting on events in Maricopa because it would require more hours than I have in a day to track intelligently the back-and-forth in that recount. My touchstone there is the fact that the Democrats' and NeverT...

There are coincidences, and then there are WTF? coincidences. You look at this shit and wonder, What The Fuck is going on? Seriously, can you blame me, or the half of the country that is wondering the same thing? Okay, maybe Biden's win is still legit, even if fraud is found. Maybe they'll never be able to sufficiently prove it in a court of law, and BTW there's nothing in the constitution about the courts removing a president from office that I know of.

BUT - here's the thing: I want to know WTF happened. Even if nothing can be sufficiently proved, every state needs to take a hard look and determine what fixes if any need to be made, without disenfranchising anybody. We are NEVER going to unite as a country (outside of WWIII or the next 9/11) until the trust and integrity is restored in our election processes. Cuz right now, there are too many people who do not trust the system as it was in 2020, and that leads to a lack of faith in and distrust of our gov't. At it's heart, that's one reason why the Jan 6 riot occurred.

Use the search function before creating new threads. There has been a thread on this for two days

‘Significant Discrepancies’ Discovered In Arizona Audit, Ballots Off Up to 17.5%, ‘Likely Joe...