Amb Stevens May Have Been Linked To Jihadist Rebels In Syria

REPORT: It Was A NATO Mortar That Killed 5 Turkish Civilians Last Week.
The official position is that the US has refused to allow heavy weapons into Syria.

In March 2011 Stevens became the official U.S. liaison to the al-Qaeda-linked Libyan opposition, working directly with Abdelhakim Belhadj of the Libyan Islamic Fighting Groupa group that has now disbanded, with some fighters reportedly participating in the attack that took Stevens' life.

In November 2011 The Telegraph reported that Belhadj, acting as head of the Tripoli Military Council, "met with Free Syrian Army [FSA] leaders in Istanbul and on the border with Turkey" in an effort by the new Libyan government to provide money and weapons to the growing insurgency in Syria.

Last month The Times of London reported that a Libyan ship "carrying the largest consignment of weapons for Syria  has docked in Turkey." The shipment reportedly weighed 400 tons and included SA-7 surface-to-air anti-craft missiles and rocket-propelled grenades.

Those heavy weapons are most likely from Muammar Gaddafi's stock of about 20,000 portable heat-seeking missilesthe bulk of them SA-7sthat the Libyan leader obtained from the former Eastern bloc. Reuters reports that Syrian rebels have been using those heavy weapons to shoot down Syrian helicopters and fighter jets.

The ship's captain was "a Libyan from Benghazi and the head of an organization called the Libyan National Council for Relief and Support," which was presumably established by the new government.

That means that Ambassador Stevens had only one personBelhadjbetween himself and the Benghazi man who brought heavy weapons to Syria.

Furthermore, we know that jihadists are the best fighters in the Syrian opposition, but where did they come from?

Last week The Telegraph reported that a FSA commander called them "Libyans" when he explained that the FSA doesn't "want these extremist people here."

And if the new Libyan government was sending seasoned Islamic fighters and 400 tons of heavy weapons to Syria through a port in southern Turkeya deal brokered by Stevens' primary Libyan contact during the Libyan revolutionthen the governments of Turkey and the U.S. surely knew about it.

Furthermore there was a CIA post in Benghazi, located 1.2 miles from the U.S. consulate, used as "a base for, among other things, collecting information on the proliferation of weaponry looted from Libyan government arsenals, including surface-to-air missiles" ... and that its security features "were more advanced than those at rented villa where Stevens died."

[excerpt]
Read more:How US Ambassador Chris Stevens May Have Been Linked To Jihadist Rebels In Syria - Business Insider

Does make ya wonder why he was there with such a small security detail.

Went into Benghazi to take care of business low profile, heck their vehicle was not even armored.
......

I wonder if we'll ever know the truth?
e pluribus unum Deplorables'

LadyGunSlinger said:
I wonder if we'll ever know the truth?
Click to expand...

It's not so much a matter of whether we'll know the truth, it's out there if you want to piece it together. But it's important to remember, that the MSM is run by corporations that are in a collobrative effort with the highest ranking political elites of BOTH parties.

Saying this, is a little like saying, you wonder if you'll ever know the truth about the holocaust, how the Central Bank was put in place in the US, why the Titanic sank, how Pearl Harbor was caught off guard, how we got into a war with Spain, what happened on 9/11, how and why Kennedy got assassinated, who was really behind the Reagan assassination attempt and why, and when OBL actually died, and who ordered it.

I know all of these things, and most of the details. But then, I read and research a lot. I didn't know a lot of them until quite recently. Wow, the internet is an amazing thing. It makes locating the books, newspapers, journals, and articles that you need to order and track down, much easier. It also makes contacting the right people that know this information easier as well. If you rely on the MSM to feed you the television spots and radio spots to receive your reality, well, your picture isn't going to be clear.

Two things keep people from the truth. Credulity, and laziness. First, people have a matter of cognitive dissonance. They have built a perceptive world which will not allow them to listen to, read or view any information that would conflict with their preconceived notions. It's a lot easier to hurl ad hominem insults, and scream and cry shit like "conspiracy theory" than to open one's eyes to reality. And second, people are too lazy. They don't want to spend the time it takes to do independent research. If it doesn't come from their own government, or regular media outlets, then it isn't considered real news to them, or part of their reality. It needs to be easy, like their fast food dinners.

Well, I can tell you for a fact, that the average American's reality is wholly manufactured, from cradle to grave. This is why, now, most Americans are nearly apolitical when it isn't an election season. They have been raised by their governments to be that way. All the information they get is basically corrupt lies anyway, so why should they concern themselves with anything that is going on? They have about as much power over their political destiny as serfs and peasants in feudal Europe did.
http://fubarandgrill.org/node/1172 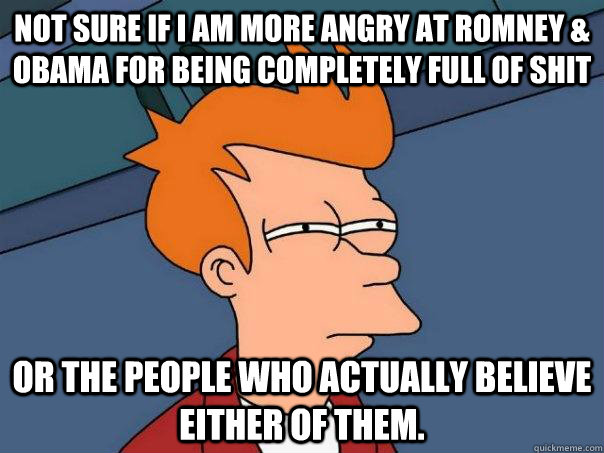 This is old news I've posted around already, it's nice people are starting to wake up.

I've already stated that the ambassador was involved in arms sales a few times at these forums. But it's important to understand, that BOTH parties are involved in these nefarious activities. Trying to blame one party or the other is disingenuous.

I wonder if we'll ever know the truth? Not with this administration.
You must log in or register to reply here.

Benghazi Consulate Could Have Used Marines With Bayonets

Obama / Hillary Gave Weapons to Terrorists/Drug Cartels But Not Ukraine to Defend Against Russia!!

State Department 'Concerned' About Situation In Libya As Conflict Escalates

Like Washington and Jefferson, he championed liberty. Unlike the founders, he freed his slaves
2 3 4