A Defector From the Borg

A Defector From the Borg​

​
Ole Skambraks is an employee of German public broadcasting. His latest essay also brands him as a heretic in the Church of Corona and a traitor to the Pandemic Narrative.
Many thanks to Hellequin GB for translating this piece from Multipolar Magazin. The translator includes this prefatory note:

I find it quite amazing that he addresses something we’ve been complaining about for YEARS. This is nothing NEW, but it took this Plandemic to rattle his (forced-funded by the taxpayer) gilded cage and wake him up. Better late than never, and I guess we should be thankful for even this little crumb of guilty conscience.
Click to expand...

I can’t do it anymore
In an open letter, an ARD [German regional public broadcaster] employee is critical of one and a half years of Corona reporting: Ole Skambraks has been working as an editorial staff member and editor with public broadcasting for twelve years.
I can no longer be silent. I can no longer silently accept what has been going on for a year and a half at my employer, the public service broadcaster. In the statutes and state media treaties, things like “balance”, “social cohesion” and “diversity” are anchored in the reporting. The exact opposite is practiced. There is no real discourse and exchange in which all parts of society can find themselves included.
Right from the start, I was of the opinion that public service broadcasting should fill exactly this space: promoting dialogue between proponents and critics, between people who are afraid of the virus and people who are afraid of losing their fundamental rights, between vaccination advocates and skeptics. But for the past year and a half, the space for discussion has narrowed considerably.
Click to expand...

Big ol snip ...much much more at sworn enemy of euroglobo homo Inc
Comments also worth a glance

A Defector From the Borg | Gates of Vienna

My condolences to those with 3 to 5 year life expectancies
Not if you're a leftist ...yeah I'm gonna piss on your graves 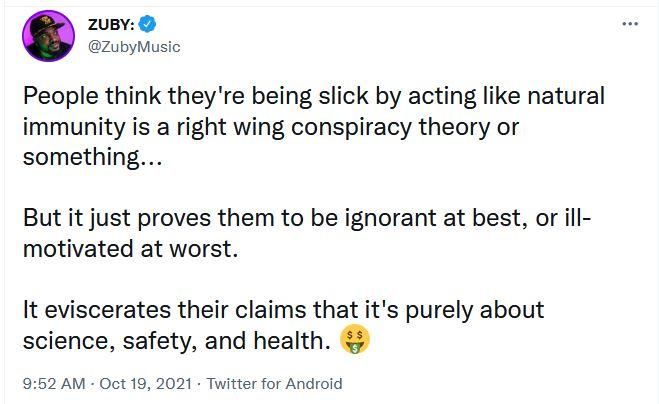 Life is like Sanskrit read to a pony.
Lou Reed
You must log in or register to reply here.

There Are No Stocks of COVID-19 Cultures

Germany: The results of 'election' have been accidentally showed two day before. DNC can learn something from Merkel

BLM is for Jussie Smollet

Hmmm...remember when the black teenager school shooter was released on bail...yeah, that one. Were his parents arrested?
5 6 7