I could see Google attacking just about everyone. When Twitter attacked the NY post, I thought that was a bridge too far. . . and now? Google attacking Sky News in Australia, simply for having a differing opinion?

For the love of all liberty and freedom. . . what the holy hell? The freedom to engage in debate and challenge conventional thinking and wisdoms were not always accepted as human rights.

". . . This human right to be free to share your opinions through “any media”, whether it be criticisms of government policy, or disputing conventional thinking, is nearly absolute.

But it is also fickle.

And – if we allow it – easily snuffed out like many leaders have done before.

Sky News Australia has been temporarily suspended from posting on the Google-owned platform YouTube for publishing opinion content the tech giant disagrees with.

Among the videos deemed unpalatable for societal consumption were debates around whether masks were effective and whether lockdowns were justified when considering their adverse health outcomes.. . "
Stay Informed

Why are we allowing unelected people to dictate what's acceptable speech and what is not....are we crazy?...where is the republican resistance to this anti constitutional big tech monopoly censorship bullshit?....

Are the Dems purposely infecting the nation with covid Via the southern border?....​

This global lockdown on freedom of thought and speech that the left hates so much will eventually drive us into war.

If life is gonna suck, and I am going to be killed anyway, I am taking out as many commie shit twinkle-toed leftists as I can find, and bathing in their rotten guts.

"Socialism is a philosophy of failure, the creed of ignorance, and the gospel of envy. Its inherent virtue is the equal sharing of misery.” —Winston Churchill
OP

Bootney Lee Farnsworth said:
This global lockdown on freedom of thought and speech that the left hates so much will eventually drive us into war.

If life is gonna suck, and I am going to be killed anyway, I am taking out as many commie shit twinkle-toed leftists as I can find, and bathing in their rotten guts.
Click to expand...

Yes, it is leftist, as in Marxist, Fascist, Communist. . .

. . but the classical liberals, the liberals of the last century? They would not have tolerated this. . . and there are many former hippies and beats on this very site that have been so brainwashed. . .

That if their old school chums or their former selves could see their stand on this issue, simply for partisan gain? They would call their own selves "SELL OUTS," because that is what you were when you did what the government or big corporations wanted you to, instead of speaking your mind.

MisterBeale said:
Sky News Australia has been temporarily suspended from posting on the Google-owned platform YouTube for publishing opinion content the tech giant disagrees with.

Among the videos deemed unpalatable for societal consumption were debates around whether masks were effective and whether lockdowns were justified when considering their adverse health outcomes.. . "
Click to expand...

Alan Jones, the perpetrator, lost his job in teaching when a love letter to a boy pupil was discovered. Recently he's been in a cycle of losing media jobs as statements of his have outraged advertisers and therefore media owners.
He is not 'debating', he is asserting known falsehoods. Sky have acknowledged that to the extent they themselves have deleted/censored at least one recent topical broadcast of his.
He is a loon.
I can see why he is defended on this bored.

What's this, no criticism of Sky for censoring itself?
OP

cnm said:
What's this, no criticism of Sky for censoring itself?
Click to expand...

You bring up a very good issue.


cnm said:
He is not 'debating', he is asserting known falsehoods.
Click to expand...

This on the other hand is a completely different topic, which? These are questions and not known "falsehoods," and you are completely blind and biased, using a ad hom. on the person presenting the topic. You're either a shill or an authoritarian, but everyone on the board has already dismissed you. . . I on the otherhand still think there may be hope for you and that your heart is not completely black.

Thanks for pointing that out. Most folks agree, most news sources are biased. Stick to the topic.

We shall wait and see on you.
Stay Informed
B

Australia is not monkeying around.

1.) You go back to the WSSV outbreak in shrimp and wild prawns and small crabs in Australia in 2016, Logan River south of Brisbane, to pick up the Wuhan lab link. 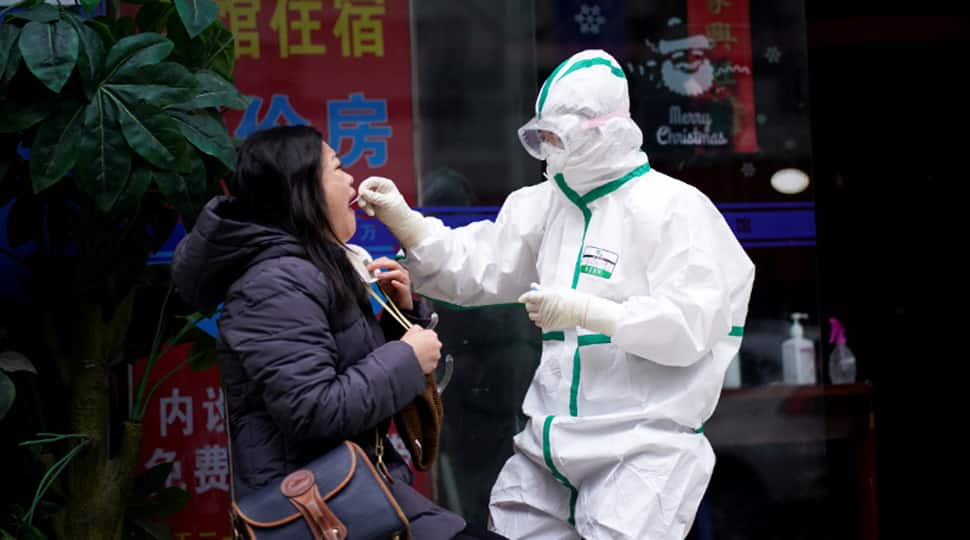 The 57-year-old female coronavirus 'patient zero', who made a full recovery in January after month-long treatment, said that China could have checked the spread of the disease had it acted sooner.

3.) You note that Fau Chi’s opposite number at Wuhan, Zheng-li Shi, studied WSSV in crayfish in 2006:

White spot syndrome virus (WSSV) is a devastating viral pathogen of cultured shrimp worldwide. Previous studies have shown that the intact virion consists of at least 39 structural proteins and, among them, six were identified as envelope proteins involved in the virus infection. In this paper...

Freedom of thought and speech concern solely the relationship between government and those governed, not between or among private persons or entities – such as YouTube and Sky.

Indeed, YouTube is a private media entity at liberty to edit its content as it sees fit; where how it edits that content is in no manner an ‘assault’ on any type of ‘freedom.’
The very purpose of a Bill of Rights was to withdraw certain subjects from the vicissitudes of political controversy, to place them beyond the reach of majorities and officials and to establish them as legal Principles to be applied by the courts. One's right to life, liberty, and property, to free speech, a free press, freedom of worship and assembly, and other fundamental rights may not be submitted to vote; they depend on the outcome of no elections. Justice Robert H. Jackson, West Virginia Board of Education vs. Barnette, 1943

MisterBeale said:
You're either a shill or an authoritarian, but everyone on the board has already dismissed you
Click to expand...

Imagine being admired by 'everyone on the board'.
No thanks.
You must log in or register to reply here.

First Lady Mrs. Michelle Obama, A Thorn In The Side of My Accomplished, Black or American Friends,

FBI had informant in crowd during Capitol riot: report
2

Congress is exempt from vaccine mandate
2 3

We need a Convention of States to amend the U.S. Constitution. What amendments do you support?
4 5 6