Why do we see ghosts?

Hello, i already did a lot of thread about ghost after i had a experience paranormal in the past and a member give me a link in PM that i think i should share with you and give your opionion about the link .

People with supposed telepathic powers exhibited unusual activity in a section of the lobe called the right parahippocampal gyrus—one of a pair of regions that handle memory—when they tried to complete a mind-reading task.
Other sections of our headspace can also fall victim to phantom confusion. In a 2014 study, Swiss neuroscientists blindfolded a group of participants, then hooked up their hands to a machine that tracked finger movement. When the subjects moved their arms, a robotic appendage behind them simultaneously touched their backs in the same fashion. But when investigators delayed the mimicking movements of the animatronic device by just a few milliseconds, several people reported sensing an intelligent presence behind them, as if a spirit were poking them in the back. The researchers think the stalled movements wreak havoc on how the brain times incoming signals in the frontoparietal cortex, which controls inbound sensory and motor cues. Later imaging on folks who reported sensing paranormal shadows in the past found many had lesions in that exact area of gray matter, affecting its normal functioning.
This “feeling of a presence” phenomenon has more general implications for the hard-to-study field of the paranormal too. If a tiny movement delay is enough to conjure up spirits, perhaps our brains are predisposed at some deep level to imagine ghosts are walking among us. We might grow up, but those feelings never go away.

Why do we see ghosts?

Very interesting, thank you. I've experienced many instances where I have entered a building for the first time and been overwhelmed by feelings of dread or grief. It's happened to me even in new homes, when were house hunting, as well as abandoned factories and the like. It's something I've never quite been able to explain.

you folks need some help let me know.... 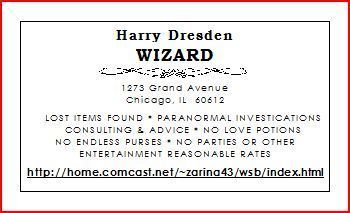 Location
On my own 200 acres of the Frozen North

I see you finally found Harry Dresden. You are welcome.
OP

night_son said:
Very interesting, thank you. I've experienced many instances where I have entered a building for the first time and been overwhelmed by feelings of dread or grief. It's happened to me even in new homes, when were house hunting, as well as abandoned factories and the like. It's something I've never quite been able to explain.
Click to expand...

Any place has an atmosphere as if the walls would keep memories of the past this is my opinion and thank you for your participation ( I hope that the member who sent me the link will also come^^ ) the link is very good but I think that some explanations do not fit like people who have see an ghost appearance of a relative of their deceased it could be a memory record but like me who live an ghost appearance of a woman 1880 it could not be a memory and I have no mental or other problems so I don’t have an explanation yet for what I’ve been through.

I see you finally found Harry Dresden. You are welcome.
Click to expand...

Have you ever known something was going to happen seconds before it did?

The Progs will DENY SCIENCE when it comes to record snowfalls, that havent happened like this over 100 years.

Apparently The Trump Campaign Really Is In Financial COLLAPSE