Clinton was the last democrat president you will ever see, ever, who wanted prosperity for Americans. Today's democrats are socialist pigs, Soviet wannabees.
OP

Anomalism said:
"Brevity is the soul of wit."

If you want to debate, then why don't you come up with an argument? If you put one together, then I'm fairly certain PoliticalChic would treat you fairly and respond in kind.
Click to expand...

No, she absolutely would not. I've been down that road before. I've been civil and cordial more than once. She isn't interested in discussion. She just wants to make proclamations and then insult anybody that sees things differently.
Click to expand...

I don't mind exposing you as a liar and a dunce.


1. Today is the birthday of Piketty.....you might recall this dolt was the topic of interest during Hussein's regime.

He was the flavor of the day because he was all about hand-wringing over economic in equality.


2. "Thomas Piketty, (born May 7, 1971, Clichy, France), French economist who was best known for Le Capital au XXIe siècle (2013; Capital in the Twenty-first Century).
Piketty was born to militant Trotskyite parents and was later politically affiliated with the French Socialist Party.
In 1993 he was awarded a Ph.D. in economics from the École des Hautes Études en Sciences Sociales (EHESS) and the London School of Economics European doctoral program for a dissertation on the theory of the redistribution of wealth.
In 2014 Piketty gained international celebrity with the English publication of Capital in the Twenty-first Century. The previously little-known author and his nearly 700-page unexpected best seller also became the subject of a lively debate between liberals and conservatives over economic inequality, the distribution of wealth, and the future of capitalism."
Britannica.com 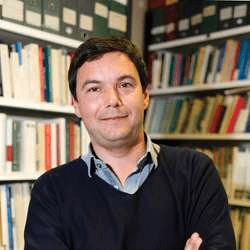 The socialists took over America, and ......take a look at today's jobs report. You voted for this if you voted Democrat.

What more appropriate moment to consider what you have become:


3. "Are Americans becoming Sovietized?
Here are 10 symptoms of Sovietism. Ask yourself whether we are headed down this same road to perdition.

1. There was no escape from ideological indoctrination — anywhere. A job in the bureaucracy or a military assignment hinged not so much on merit, expertise or past achievement. What mattered was loud enthusiasm for the Soviet system.

Wokeness is becoming our new Soviet-like state religion. Careerists assert that America was always and still is a systemically racist country, without ever producing proof or a sustained argument." 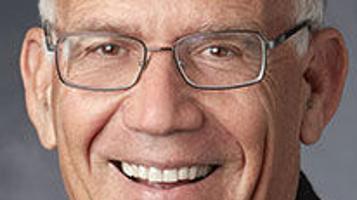 4. Which brings us to the central contemporary lie: America is racist.

If you ask for evidence of this slur, this is what you get:

“White Privilege is evident in the distribution of wealth and power in America, historically-based and perpetuated via laws, educational advantages, inherited wealth, Good Ol' Boy networks, racial prejudices, etc., but some Whites are disgruntled because they do not believe they share in it.”
The Myth Of White Privilege post #77

Challenge them to name any such laws, and it’s like asking the Democrat to name books that have informed his geopolitical views. Zilch.

5. But the ‘hook’ they hang their hat on is that ‘distribution’ thing: the demand that every income level, educational rank, every industry and career, all have the same numbers, ratios, quotas of every race and ethnicity.

If you believe the “America is racist” lie, you have to believe, or pretend to believe, the absurd demand that every venue be occupied by the same demographic ratios in the population.
People are most conservative on issues that they know most about. --Ann Coulter
OP

"9. The Soviets doled out prizes on the basis of correct Soviet thought.
In modern America, the Pulitzer Prizes and the Emmys, Grammys, Tonys and Oscars don’t necessarily reflect the year’s best work, but often the most politically correct work from the most woke.

10. The Soviets offered no apologies for extinguishing freedom. Instead, they boasted that they were advocates for equity, champions of the underclass, enemies of privilege — and therefore could terminate anyone or anything they pleased.
Our wokists are similarly defending their thought-control efforts, forced re-education sessions, scripted confessionals, mandatory apologies and cancel culture on the pretense that we need long-overdue “fundamental transformation.”
So if they destroy people in the name of equity, their nihilism is justified." 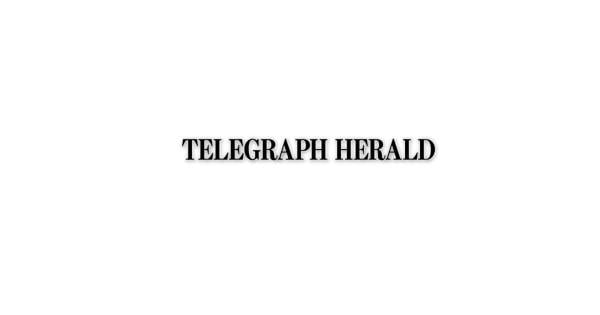 Today's Democrat Party......one that the Soviets would be proud of.
People are most conservative on issues that they know most about. --Ann Coulter

Has someone's been peeing in _your_ medications as well?

No wonder you're so grumpy.

And I hope you can stay at this hotel longer before they evict you.

Has someone's been peeing in _your_ medications as well?

No wonder you're so grumpy.

And I hope you can stay at this hotel longer before they evict you.

How about you try to find anything....ANYTHING....I post that isn't 100% true, accurate and correct.
People are most conservative on issues that they know most about. --Ann Coulter
You must log in or register to reply here.

THIS should be the focus of BLM

Within minutes of Trump endorsement of moderate NY congresswoman Elise Stefanik for GOP...

Heads up- worth looking at- and thinking about, if you can even think

Karl Marx By A Different Name
2 3

CDZ Capitalism Friendly Forms of Socialism you Rarely Hear About