ATLANTA - The Georgia Secretary of State's Office now confirms 10 separate cyberattacks on its network were all traced back to U.S. Department of Homeland Security addresses.

In an exclusive interview, a visibly frustrated Secretary of State Brian Kemp confirmed the attacks of different levels on his agency's network over the last 10 months. He says they all traced back to DHS internet provider addresses.

As Kemp's office waits on word from the Trump administration about investigating this incident, we're talking with a cyber security expert about why he believes this could happen

Georgia Secretary of State says cyberattacks linked back to DHS
If you're still confused, Mommy will explain with words you can understand.

The timing was especially peculiar....did Obozo try to ambush the election? Several other states also had attempted entries. We may get a chance to hang him for treason yet.

Tom Horn said:
The timing was especially peculiar....did Obozo try to ambush the election? Several other states also had attempted entries. We may get a chance to hang him for treason yet.

No, you won't. Sound like Fake Propaganda from Georgia. Inspect that state official very, very closely.
Zone 2": Political Forum / Israel and Palestine Forum / Race Relations/Racism Forum / Religion & Ethics Forum / Environment Forum: Baiting and polarizing OP's (Opening Posts), and thread titles risk the thread either being moved or trashed. Keep it relevant, choose wisely. Each post must contain content relevant to the thread subject, in addition to any flame. No trolling. No hit and run flames. No hijacking or derailing threads.

"Biden is turning out to be Jimmy Carter without the intelligence, integrity or love of country." - MarathonMike

Tom Horn said:
The timing was especially peculiar....did Obozo try to ambush the election? Several other states also had attempted entries. We may get a chance to hang him for treason yet.

No, you won't. Sound like Fake Propaganda from Georgia. Inspect that state official very, very closely.
Click to expand...

TEN intrusions traced back to DHS... Georgia SOS gets a different answer from them each time. Trump will have it looked at without Loretta ("Can I keeps my job masta Willy?") Lynch around to block it.

The 57 hacked Frank.
Zone 2": Political Forum / Israel and Palestine Forum / Race Relations/Racism Forum / Religion & Ethics Forum / Environment Forum: Baiting and polarizing OP's (Opening Posts), and thread titles risk the thread either being moved or trashed. Keep it relevant, choose wisely. Each post must contain content relevant to the thread subject, in addition to any flame. No trolling. No hit and run flames. No hijacking or derailing threads.
W

US Officials, Lawmakers Warn More Cyberattacks Coming
December 11, 2017 - The United States is bracing for another wave of cyberattacks focused on disrupting or undermining the 2018 midterm elections, with some officials warning this is just the beginning of a much deeper and broader threat.

Intelligence and security officials, as well as policymakers and other experts talking both on the record and on background say what began with a Russian effort to influence the 2016 presidential election has evolved.They expect the next round of Russian efforts to be more sophisticated and more widespread, likely to include a combination of disinformation campaigns on social media along with the potential hacking of vulnerable targets. 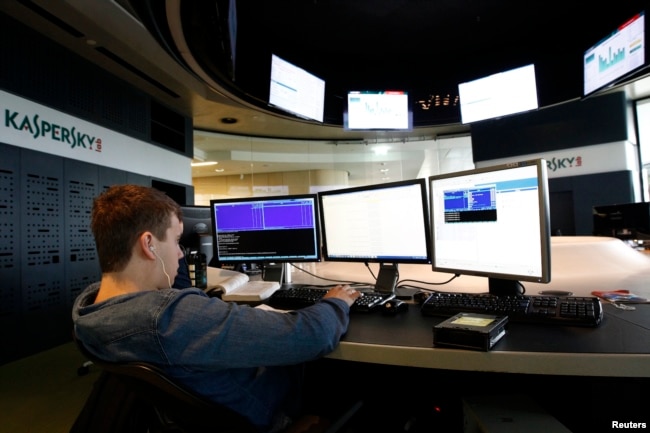 An employee works at the headquarters of Kaspersky Labs, a computer security company in Moscow.​
In the near term, many expect the focus to remain on U.S. elections. They also expect it will not be long until countries other than Russia seek to unleash similar influence campaigns and that they may very well expand their targets to private sector companies and other, vital institutions. "I think all of my colleagues probably are worried or should be worried about it," said Senate Intelligence Committee chairman Richard Burr of the near-term threat, during remarks this week at the Council on Foreign Relations in Washington. "I think every state should be worried about it." "To believe that Russia's not attempting in the United States to do things potentially for the '18 cycle I think would be ignorant on our part," Burr said.

In September, the Department of Homeland Security notified 21 states that Russia attempted to hack their computerized election systems. In most cases, officials said they saw preparations for hacking attacks, such as the scanning of systems for points of access. Even before the 2016 election, the states of Illinois and Arizona announced suspected Russian actors had managed to hack into their voter rolls. Although federal and state officials have been quick to point out there is no evidence Russian hackers managed to alter vote tallies during the 2016 elections, many voters do not feel reassured. "We get calls every day … people are concerned," said Indiana Secretary of State Connie Lawson, who is also president of the National Association of Secretaries of State. "I've had just as many calls regarding the security of our elections this year, this off-election year, as I have ever had." 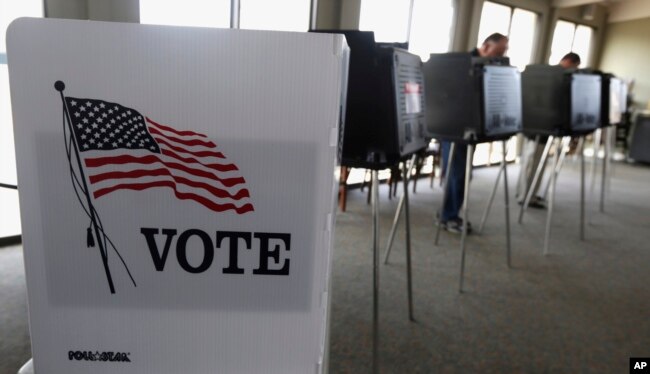 Voters cast ballots in the Illinois primary in Hinsdale, Ill., March 18, 2014. Illinois' top election officials insist that a recent hack into state voter rolls, which contain the names of 8 million active voters, does not pose a threat to the Nov. election​
Lawson said states are taking such concerns seriously and have been working more closely with federal officials to better share intelligence about potential threats. They have also been working on additional precautions to keep statewide systems safe. "About the time you say you're comfortable is the time you should be worried," she said. Still, Matt Blaze, an associate professor of computer and information science at the University of Pennsylvania, is not convinced any of those measures will be enough. "I don't want to say our elections are illegitimate but I don't know that I can say that they aren't," he said. "The honeymoon is going to end very, very quickly"

Of particular concern to Blaze are election systems overseen by local officials at the more than 3,000 counties across the United States. "To the extent that they've even been designed against a threat, it's a threat of conventional corruption — somebody to get themselves elected mayor or sell votes," said Blaze. "Nation-state adversaries [like Russia] were not even in the threat model with these systems." For now, experts like Blaze are advocating states simplify their systems and make them easier to audit for anomalies that could indicate someone is trying to tamper with the results.

CIA Officer: "U.S. is facing the greatest crisis to its institution since 1861"

now that they know they will lose badly in the House...The Democratic Party’s emerging priority: Save governors, & for Soros, the Secretaries of State

Zone1 How the Wokes "understand" what diversity is....