I prefer seeing it with all the amazing colors.

'Night-vision' came from dealing with dinosaurs...

Dealing with Dinosaurs Gave Mammals Night Vision
June 21, 2016 - When dinosaurs ruled the earth, life was tough for our mammalian ancestors. So they learned to hunker down during the day and venture out only in the relative safety of night. Scientists believe that this caused a sudden shift in the construction of their eyes from color vision to light detection.

In other words, dinosaurs caused mammals to develop night vision. Mammalian eyes are different than those of amphibians, birds and fish because they are dominated by rods. Rods act like a black and white camera picking up subtle differences in brightness. The eyes of the other species are mostly cones, which detect color. During the age of dinosaurs, many species, including the first mammals, were active at night. When the eyes of our ancestors transformed from mostly cones to mostly rods -- and what caused the switch --are the main drivers behind centuries of work. 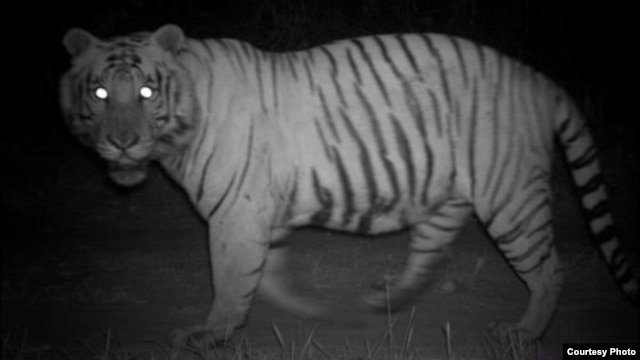 A tiger’s eyes glow during the night on the same foot paths and roads humans use during the day to collect wood and grasses.​
Transformer genes

The details of this switch are particularly important to researchers studying diseases that cause vision loss in humans, such as macular degeneration and Stargardt disease. Most of these diseases attack the rods in our eyes first, then move on to other cells in the retina, leading to permanent blindness. Although we have many more rods than cones in our eyes, we actually rely on the small number of cones to see. Understanding how these two structures form could lead to new ways to combat vision loss. 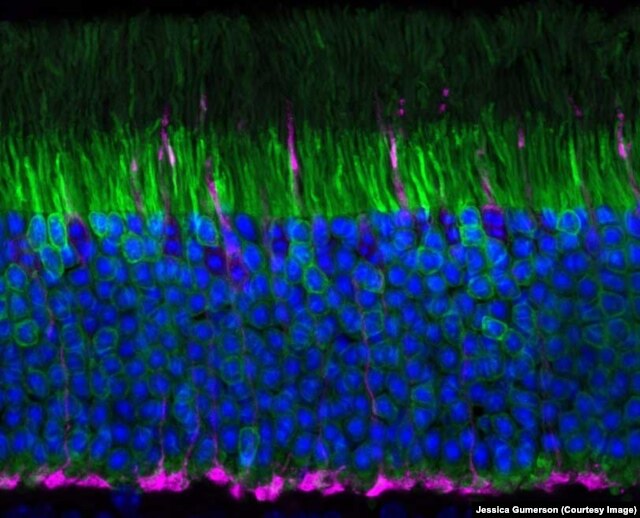 Figure showing rods and cones in a mouse retina. The rods are green and dominate the image while the cones are magenta.​
In a previous study, the lab of Anand Swaroop, a neurobiologist at the National Eye Institute, discovered that removing a specific gene kept rods from forming in the retina of mice. But if this gene is present in a cone, the cone turns into a rod. So this led Swaroop to supervise another study which isolated the rods and cones in newborn mice to observe which genes were present as they grew. “We were startled to find that in newborn rods there was some ... footprint of these ... cones.” Further research showed that cones start developing in the eye first and this gene turns most of them into rods. 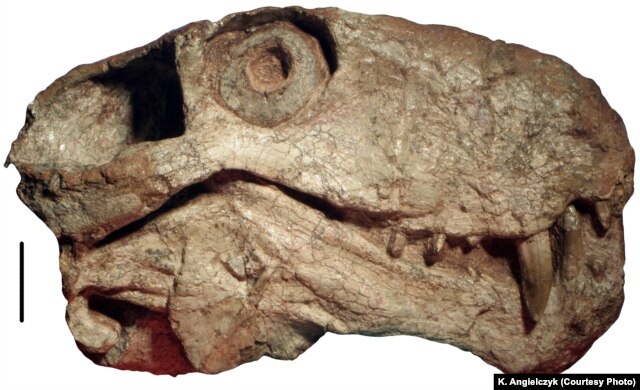 A 252-255 million year old synapsid skull from the South African Museum in Cape Town, South Africa. The black vertical line represents 2cm.​
But why does this gene exist and when did it start showing up in mammals? Swaroop's team enlisted the help of evolutionary biologists to look at sequenced genomes of 30 mammal and non-mammal species. The gene is present in the majority of mammals but is absent from non-mammals such as zebrafish. Since it is widely accepted that most dinosaurs were daytime hunters or foragers, mammals had to turn to the night to survive. The researcher suggest that coaxed this gene to acquire a new role, turning color vision cones to light detecting rods.

More than one way to know your past
Click to expand...

Looks like I am forced to get the vaccine.
2

Are the RINOs of Trumpery in Eclipse?
2

Trumpery was rejected, but continues to ravage the GOP
2 3