The Unconstitutional Apple Is Full Of Worms

Every modern president took a bite out of the unconstitutional apple now and again, while the Chicago sewer rat gobbled up the whole tree.


. . . severely curtail the president’s park creation authority under the 1906 Antiquities Act, which was signed into law by Republican President Theodore Roosevelt. Roosevelt made the most of his new-found power in the year after he signed the act, single-handedly designating eighteen new federally protected regions, including the Grand Canyon.

House GOP moves to limit Obama s national park authority MSNBC​
Interestingly, more than a century ago TR was satisfied with a nibble while Taqiyya the Liar swallowed so much presidential power he is betting that the office will end up with a lot more unconstitutional authority than he started with. He figured has to be ahead of the game no matter how many bites he has to spit out.

The scary part is that Congress, the High Court, and federal bureaucrats will never allow a conservative president to get away with anything Democrats get away with regardless of Republican saber rattling for public consumption. All of the lawsuits filed against ‘presidential power’ are going nowhere. If a Republican president is serious he could put an end to all of them by erasing every one of Taqiyya’s EO’s, memos, and regulations.

To be more precise no truly conservative president can reverse a single one of the thousand bites the EPA took since it was created. I doubt if TR himself would have stood still for the EPA. Rest assured that the EPA (The United Nations) is behind this one:


Republican Sen. Lisa Murkowski, who has just taken over as chairwoman of the Senate Energy and Natural Resources Committee. After learning of the president's declaration, she issued a ferocious press release Sunday, stating that the administration is making war on Alaska and hamstringing its economy:

“What’s coming is a stunning attack on our sovereignty and our ability to develop a strong economy that allows us, our children and our grandchildren to thrive,” Sen. Murkowski said. “It’s clear this administration does not care about us, and sees us as nothing but a territory. The promises made to us at statehood, and since then, mean absolutely nothing to them. I cannot understand why this administration is willing to negotiate with Iran, but not Alaska. But we will not be run over like this. We will fight back with every resource at our disposal.”


XXXXX​
“This outrageous action confirms what most Alaskans have feared—that the Obama administration’s war against Alaska families and the middle class would only intensify under the final two years of President Obama’s tenure. But Alaskans have been in tough battles before. We will defeat their lawless attempt to designate ANWR as a wilderness, as well as their ultimate goal of making Alaska one big national park. This decision disregards the rule of law and our constitution and specifically ignores many promises made to Alaska in ANICLA. It is just one more example of President Obama thumbing his nose at the citizens of a sovereign state—and will put Alaska and America’s energy security in serious jeopardy,” Sen. Sullivan said. “I stand united with Sen. Murkowski, Congressman Young, Governor Walker and the members of the Alaska State Legislature to vigilantly safeguard and defend our fellow Alaskans’ interests, and I pledge to do everything in my power to fight back against this assault on Alaska’s economic future.”

“This callously planned and politically motivated attack on Alaska by the Obama administration is akin to spitting in our faces and telling us it’s raining outside. As if on command from the most extreme environmentalist elements, this president and his team of D.C. bureaucrats believe they alone know what’s best for Alaska, but this brazen assault on our state and our people will do the complete opposite,” Rep. Young said. “Every time the president undermines the law of the land, he breaks his oath of office and weakens the nation we love. This latest move, in clear violation of ANILCA’s 'no more' clause, and despite the fierce opposition of every Alaska statewide elected official and the vast majority of our people, demonstrates that the Imperial Presidency of Barack Obama knows no bounds. Simply put, this wholesale land grab, this widespread attack on our people and our way of life, is disgusting.”


Mon Jan 26, 2015 at 10:10 AM PST
Republicans fuming over Obama's plan to make most of the Arctic National Wildlife Refuge wilderness

Republicans fuming over Obama s plan to make most of the Arctic National Wildlife Refuge wilderness​
Bottom line: United Nations America-haters now implement and enforce more environmental unconstitutional laws than do all of the presidents combined.
Flanders​
The basic test of freedom is perhaps less in what we are free to do than in what we are free not to do. It is the freedom to refrain, withdraw and abstain which makes a totalitarian regime impossible. Eric Hoffer

So you don't believe in protecting our natural wonders? You probably believe we should destroy them all.
O

The bastards would privatize the National Parks and sell them to China if they had their way.
OP
F

Matthew said:
So you don't believe in protecting our natural wonders? You probably believe we should destroy them all.
Click to expand...

To Matthew: Exactly what does any presidential unconstitutional method have to do with protecting natural wonders?

As a matter of fact you do not know what I believe until I tell you. On the other hand, I know for certain that Lenin’s useful-idiots like you believe in EPA environmental garbage regulating economic policies, and federal government land-grabs including confiscating private property, that have not a thing to do with the Clean Air Act. Example: 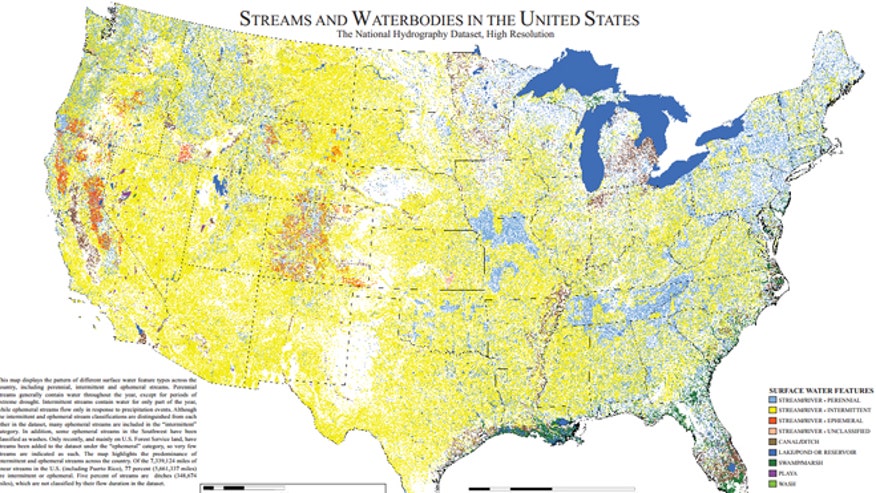 Blueprint for water control Pol says EPA made secret maps for new regulatory push Fox News​
Flanders​
The basic test of freedom is perhaps less in what we are free to do than in what we are free not to do. It is the freedom to refrain, withdraw and abstain which makes a totalitarian regime impossible. Eric Hoffer
You must log in or register to reply here.

Who Are The 18 Republican Traitors Who Voted Yes On Democrat-Communist Bill?
2 3

Trump kept the peace, biden and his democrat party controllers are starting the next wars...

I'm your opinion, based on modern times, what is the technical differences between a republican and a leftist? Is it based on policy or tribalism?
4 5 6