It's official. Vladimir Putin is the president of the United States and republicans are members of the politburo.

Republicans have sought for weeks amid the impeachment inquiry to shift attention to President Trump’s demands that Ukraine investigate any 2016 election meddling, defending it as a legitimate concern while Democrats accuse Mr. Trump of pursuing fringe theories for his benefit.

The Republican defense of Mr. Trump became central to the impeachment proceedings when Fiona Hill, a respected Russia scholar and former senior White House official, added a harsh critique during testimony on Thursday. She told some of Mr. Trump’s fiercest defenders in Congress that they were repeating “a fictional narrative” — and that it likely came from a disinformation campaign by Russian security services, which themselves propagated it.

In a briefing that closely aligned with Dr. Hill’s testimony, American intelligence officials informed senators and their aides in recent weeks that Russia had engaged in a yearslong campaign to essentially frame Ukraine as responsible for Moscow’s own hacking of the 2016 election, according to three American officials. The briefing came as Republicans stepped up their defenses of Mr. Trump in the Ukraine affair.

Russia has engaged in a “long pattern of deflection” to pin blame for its malevolent acts on other countries, Dr. Hill said, not least Ukraine, a former Soviet republic. Since Ukraine won independence in 1991, Russia has tried to reassert influence there, meddling in its politics, maligning pro-Western leaders and accusing Ukrainian critics of Moscow of fascist leanings.

“The Russians have a particular vested interest in putting Ukraine, Ukrainian leaders in a very bad light,” she told lawmakers. 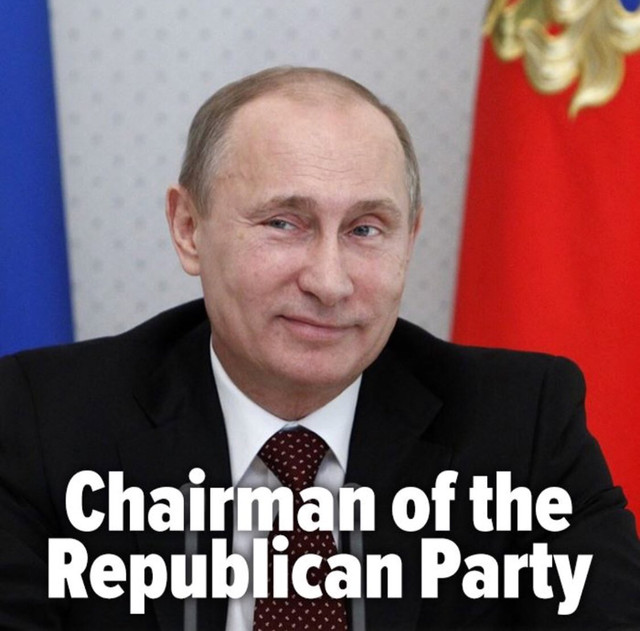 Soros&Democrats' created a monster AKA Ukraine who has interfered in US elections.

Let's blame Putin and Trump for that.
^ official Democrats' position.

Ukrainian officials have interfered in US elections a lot more than alleged Russians: they were trashing Trump when he was a candidate, donated money to Clinton, framed Manafort (who worked in Ukraine) to harm Trump.

The Clinton foundation is also linked directly to Ukrainian oligarchs:
Between 2009 and 2013, including when Mrs. Clinton was secretary of state, the Clinton Foundation received at least $8.6 million from the Victor Pinchuk Foundation, according to that foundation, which is based in Kiev, Ukraine. It was created by Mr. Pinchuk, whose fortune stems from a pipe-making company. He served two terms as an elected member of the Ukrainian Parliament and is a proponent of closer ties between Ukraine and the European Union.
clintonfoundationinvestigation.com

Fiona Hill did an outstanding job of deconstructing the hoax Crowdstrike conspiracy theory.

So you can be sure the pseudocons' propagandists won't tell them the truth about her testimony.

Obama and Hill cared so much about a strong Ukraine they, um, well, gave Putin everything he wanted, but they did manage to make Ukraine a successful money laundering operation

So you can be sure the pseudocons' propagandists won't tell them the truth about her testimony.
Click to expand...

You mean the same people who doctored a FISA warrant to spy on Trump agreed with Hill?

Ahahaha impeachment flamed out so the left are back to the Russia hoax.

BluesLegend said:
Ahahaha impeachment flamed out so the left are back to the Russia hoax.

BluesLegend said:
Ahahaha impeachment flamed out so the left are back to the Russia hoax.

At this point their brains have turned off, they are running on pure animal instinct.

Why didn't Schiff have Mueller testify??

So you can be sure the pseudocons' propagandists won't tell them the truth about her testimony.
Click to expand...

You mean the same people who doctored a FISA warrant to spy on Trump agreed with Hill?
Click to expand...

That Fiona guy lied out his ass.

You know you're a pathetic lying POS loser when the NYT and Politico debunk your sorry ass several years before you even show up.

Secret Ledger in Ukraine Lists Cash for Donald Trump’s Campaign Chief
You must log in or register to reply here.

Will Schiff get the Shaft?

BLM to the Federal Government: When Blacks Kill Blacks Is Not Your Business
2

If capitalism works why are you all getting government handouts ?
13 14 15

Andy Ngo to Congress: Antifa aims to "Bring down the Republic."