The Roots of Our Disagreement

Sounds interesting. what do you think? will NEVER agree?

SNIP:
Review: William D. Gairdner’s ‘The Great Divide: Why Liberals and Conservatives Will Never, Ever Agree’ 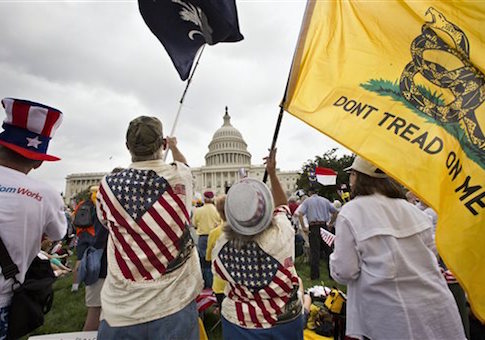 
William Gairdner is an Olympic athlete with four degrees, multiple books to his name and careers in both business and teaching in universities. Now, he has written The Great Divide, a discussion of the toxicity now infecting discourse between liberals and conservatives.

Rich in detail but generally accessible in form, the book begins with Gairdner’s personal appraisal of hostility in political disagreements, then moves into the core of the argument: Gairdner’s examination of the diverging historical foundations of liberal and conservative philosophies.

Contrasting the political theory of classical antiquity with that of the present, the author’s breadth of knowledge is impressive.

Though his conservative leanings are always apparent, Gairdner’s early chapters make successful effort to afford the reader with a balanced appraisal of both sides. For Gairdner, diverging views over ‘self’ and ‘society’ are at the heart of present day differences on the role of government. In the author’s view, where many liberals subscribe to a notion of morality that is tied to the action of the state, conservatives are driven by an innate suspicion of government.

The author’s knowledge of philosophy allows him to make a convincing case that this is at the heart of the ideological divide. But his personal perspective is always clear—for Gairdner, functioning societies require a moral compass for which true north is the family, not the state.

all of it here:
The Roots of Our Disagreement Washington Free Beacon
You must log in or register to reply here.

A moment ago
Hang on sloopy
H
I
How often do you eat fast food?
2

A moment ago
phoenyx