by Robert Johnson and Geoffrey Ingersoll 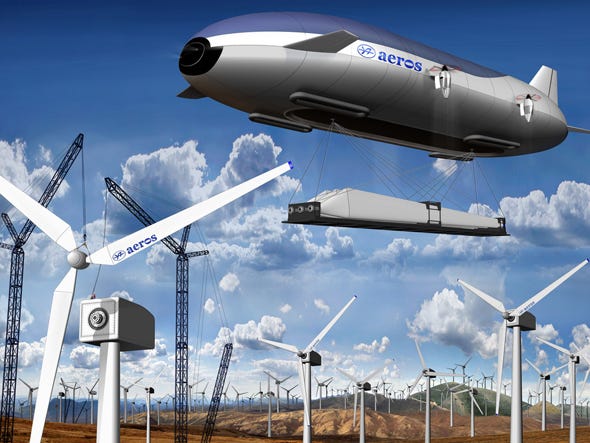 Getting heavy stuff to locations far away, without spending a ton of money on fuel, and without the need for a runway is a dream of military planners and corporations alike.

Enter, the Aeros blimp: It can land without a runway, deliver high-tech wind farming equipment, and carry incredible tonnage. The blimp would remove troops from roadways, relieve pressure on energy consumption, and put logistics in the sky, away from the enemy.

Aeros is producing multiple models of the hard-shelled Aeroscraft seen here, including one called the Pelican for military use that should be fielded in early 2013.

The largest so far measures nearly 800-feet long and will carry 500 tons. The company claims the next-generation blimps called Rigid Variable Buoyancy Air Vehicles are one of a kind. The technology is explained here (with diagrams).

All three AerosCraft variants are supposed to cruise at 100 knots at altitudes of up to 12,200 feet.

New tech has paralyzed vet on her feet for race

A moment ago
App'z
A

White House Press Secretary would you want the job?

9 years as a Judge...does not understand the Constitution