Every Global Warming prediction has proven to be science fiction! Thats the film's tag-line. I hadn't heard of it, and it was released online only two months ago at...

It is FREE to watch and it had intrigued me, so I gave it a go, here's my review: Best One Yet
This new feature length documentary The Boy Who Cried Warming approaches the subject of Climate Change from a more scientific point of view than previous films on the subject. The film evaluates on many of the common held misconceptions associated with Global Warming, offers a scientific overview of Carbon Dioxide on our planet, and takes an in depth look at various Carbon Trading legislation and its potential negative effects on the economies of the world.

What makes this film truly unique is the fact that it offers new interplanetary data on the topic of climate change. Also unique to The Boy Who Cried Warming is that the story of the film runs parallel to the Aesop fable The Boy Who Cried Wolf. This is shown through the movie to portray that the shepherds of global warming most known are usually those who cry the loudest and make the boldest predictions. This film will strikes the perfect informational and entertainment balance, and proves to be a truly pivotal message as science itself hangs in peril.

I really enjoyed this movie, and its very well made. I'm interested to hear some of your reviews.
O

The film's tag line is pure fiction, absolutely no science.

Rapid decline of the world's glaciers. Rapid decline of Arctic Sea Ice. Increase, by at least a factor of 3, in extreme weather events worldwide. As documented by Swiss Re and Munuch Re. Rapic warming of the Arctic, and melting of the permafrost.

And most importantly, the simple physics of the absorption bands of the GHGs.

Oh look! It's the OldMan who cried Warming!
"Democrats haven't been this angry since the Republicans freed their slaves"
- Reddit

Ive known for well over ten years that this science fiction is gay and said way back when it would turn out to be a fad.

Here it is about 15 years later and I was proven right. 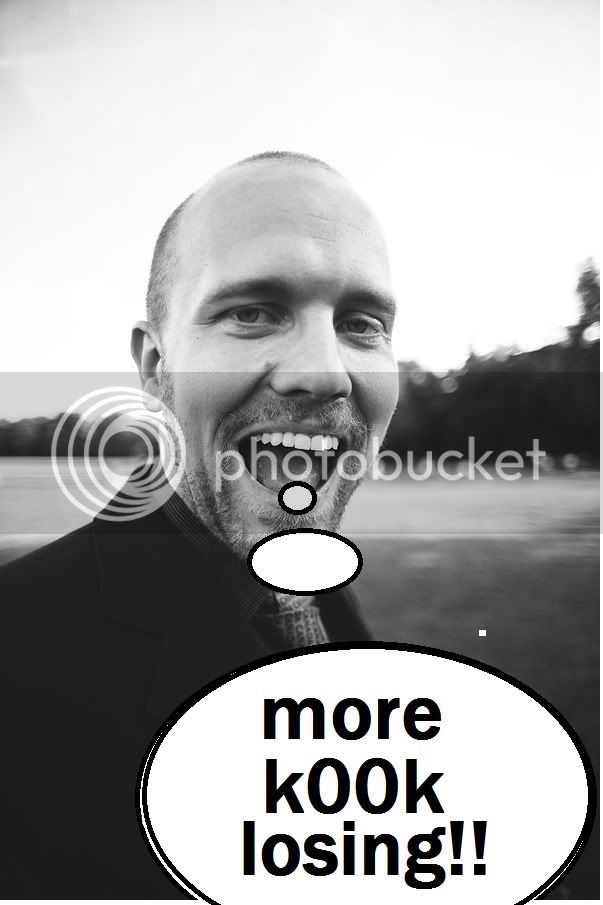 Last edited: Oct 11, 2012
The Covid obsessed vax heros are Jonestown-level mental cases. People need to call it as it is.
O

Got 4 minutes into this peice of garbage. This is a documentary on the level of the Weekly Globe, it does not even reach the level of the National Enquirer. Skipping through it, I see a good deal of Christofer Monkton. He is not a 'Lord', and never was. Nor is he a scientist. He has no scientific training, and has the same credibility as Rush Limbaugh.


The House of Lords have had an ongoing dispute with Monckton over his membership, as authorities have said Monckton is not and never has been a member and that there is no such thing as a non-voting or honorary member of the House. [7]

In July 2011 the House took the "unprecedented step" [8] of publishing online a cease and desist letter (PDF) to Monckton from the Clerk of the Parliaments, which concluded: [9]

"I am publishing this letter on the parliamentary website so that anybody who wishes to check whether you are a Member of the House of Lords can view this official confirmation that you are not."

Dr. James Hansen predicted the rapid melt of the Arctic Sea Ice in 1981. He missed only in that it has occured far more rapidly than he predicted. And he was called an 'alarmist' for predicting that melt to occur by 2100.

Summary. The global temperature rose by 0.20C between the middle 1960's and
1980, yielding a warming of 0.4°C in the past century. This temperature increase is
consistent with the calculated greenhouse effect due to measured increases of
atmospheric carbon dioxide. Variations of volcanic aerosols and possibly solar
luminosity appear to be primary causes of observed fluctuations about the mean trend
of increasing temperature. It is shown that the anthropogenic carbon dioxide warming
should emerge from the noise level of natural climate variability by the end of the
century, and there is a high probability of warming in the 1980's. Potential effects on
climate in the 21st century include the creation of drought-prone regions in North
America and central Asia as part of a shifting of climatic zones, erosion of the West
Antarctic ice sheet with a consequent worldwide rise in sea level, and opening of the
fabled Northwest Passage.

Here are my type of sources;

Real scientists, not pretenders that lie a lot.

The "science" of man made global warming is actually similar to the science of "Bigfoot". It doesn't hold up to real scientific scrutiny but it is so damn entertaining and if you want to believe the monster exists it offers enough pop-science to convince you after a single episode. Imagine the junk science they have been feeding kids for the last couple of decades. MM global warming is the left's last hope to overthrow the government and they ain't giving up without a fight.

Given how often denialists have cried wolf and then been caught lying, most people simply assume that denialists lie about everything. That's almost always a correct assumption. Unless independent evidence indicates otherwise, one should simply assume any denialist claim is a lie, and not waste any further time on it.

Hey, denialists made their bed, so they get to lie in it.

mamooth said:
Given how often denialists have cried wolf and then been caught lying, most people simply assume that denialists lie about everything. That's almost always a correct assumption. Unless independent evidence indicates otherwise, one should simply assume any denialist claim is a lie, and not waste any further time on it.

Hey, denialists made their bed, so they get to lie in it.
Click to expand...

And enjoying every minute of lying in it sweetie!!! Its amazing that the environmentalists dont get that they are losing in spectacular fashion.......for the past 5 years in fact as their efforts slide further and further into the abyss.

All their "consensus science" crap isnt resonating in the real world..........sorta like a person firing spitballs at the hull of a tank.

LOL.....and the environmental radicals are happy with their bed???

Last edited: Oct 12, 2012
The Covid obsessed vax heros are Jonestown-level mental cases. People need to call it as it is.

Subsidizing green industry is like propping up a kid&#8217;s lemonade stand

Imagine taking that business model to the big time with a national chain of lemonade stands and earning millions, writes guest columnist Todd Myers. That&#8217;s the model that supports the green-energy industry.

AS far as business models go, it is hard to beat the lemonade stand. The costs &#8212; lemons, cups, sugar &#8212; are paid by the parents. Kids have no overhead and receive all the profit.

Further, the young, cold-beverage proprietors have a built-in demand from neighbors willing to overpay for lemonade sold by kids.

Imagine taking that business model to the big time with a national chain of lemonade stands and earning millions. Such an idea is pure foolishness. Parents would be unlikely to pay the subsidies required. The good feeling that obliged neighbors to buy lemonade probably won&#8217;t be there for the multimillion-dollar lemonade-stand company.

Business owners can&#8217;t expect others to pay their bills. That is, unless they produce so-called green energy.


Op-ed: Subsidizing green industry is like propping up a kid&rsquo;s lemonade stand | Opinion | The Seattle Times
The Covid obsessed vax heros are Jonestown-level mental cases. People need to call it as it is. 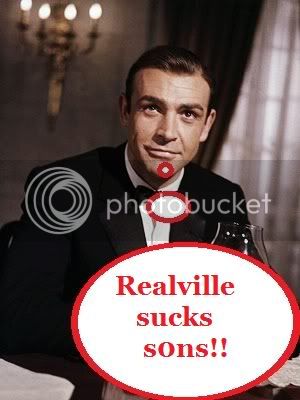 
fAil
Last edited: Oct 12, 2012
The Covid obsessed vax heros are Jonestown-level mental cases. People need to call it as it is. 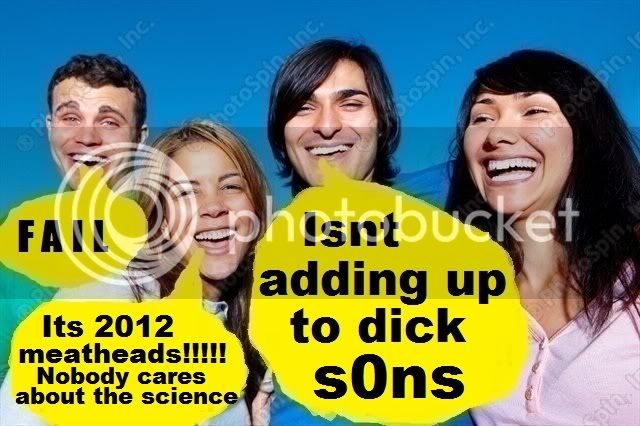 The Covid obsessed vax heros are Jonestown-level mental cases. People need to call it as it is.
OP
N

It is indeed amusing to me that you come into this forum and read page after page after page of the same AGW stuff we've all been reading for years. Along with it is this pompous attitude about "consensus", leading one to believe ( if you are hopelessly naive) that it is contributing to a massive shift in efforts to curb greenhouse gasses...............

...............which is total fantasy. In fact, nothing can be further from the truth, which begs the question? Besides being an interesting topic of debate, whats the point? In other words, who really cares?


Its much like the Moonies tht emerged in the 1970's...........these people were part of this unification movement with the goal of bringing many religions together. The members believed unequivocally that their goals would be realized while people not part of the movement ( virtually everybody else in the world) knew it was nothing more than a fad. By 1980, the Moonies were virtually gone from the world scene.

Can the Moonies keep on shining? - Telegraph

Same thing is happening with the AGW crowd, albeit at a slower pace. They are heading to a place of complete irrelevancy because of worldwide economic realites and you dont have to be a rocket scientist to recognize this. ( in fact, all you have to do is be able to read a graph)

Why am I the most universally hated board member in this forum? Because people often cant deal with maximum reality.

The Covid obsessed vax heros are Jonestown-level mental cases. People need to call it as it is.


( Is that pic the shit or what? Absololutely awe inspiring if you're not a limpwrister)
Last edited: Oct 13, 2012
The Covid obsessed vax heros are Jonestown-level mental cases. People need to call it as it is.
You must log in or register to reply here.

Was Global Warming The Cause of the Great Northwest Heatwave? Science Says No.
2 3

Bombshell study concludes there is no evidence for anthropogenic climate change...
16 17 18

blmer trying get off form threatening to kill a mayor

another rioter getting off

Milley told China in secret phone call that he would give advance warning if U.S. was ever going to attack
25 26 27