Silmon Sloan: An Art Firm You Can Trust

Here's a fun comic fan-fic about an 'art-world adventure.'

"Here at Silmon Sloan, you will find legal and marketing representation for all of your ingénue/protégé/amateur artworks you feel can compete in emerging niches of the New York 'art scene' spotlighted in special group-invite gallery events such as the Rockefeller Ragtime Doodle/Graffiti Showcase (held on Devil's Night - October 30)."

The notice read like it was Gospel, and it was enough to stir Bruce Wayne's interest in the new art institution spearheaded by former Wayne Enterprises (WE) tech-design department creative manager Edward Nygma (now calling himself 'the Riddler'). Wayne knew Nygma was up to something nefarious and wondered where the dismissed WE employee would end up after he was fired for questionable experimental designs about pornographic tech-organic female humanoid robot mannequin models for shopping malls. Wayne suspected that Nygma's art firm, Silmon Sloan, would only create all kinds of Gotham City mischief.

Silmon Sloan was hosting a summer 2010 event which invited kids to provide color-pencil doodle-drawings (stick-figure comics book art stylized) of horror-comics character combinations (e.g., Batman vs Leatherface; Superman vs. The Blob; Captain America vs. The Boogeyman). Bruce Wayne was invited and wanted to ask about the motivations behind the "Batman vs. Leatherface" drawings (since they contained/presented a real-life vigilante --- Batman!). Multiple young children artists told Mr. Wayne that their interest in Batman was purely artistic and sentimental, and Edward Nygma assured the press that the art was not slander.

Batman was prowling around Gotham City the next night when he noticed a strange tall and lanky figure (with the proportions of Edward Nygma), dressed in a tight-green glowing outfit and wearing a mask and green hat, was walking down an alley followed by costumed children carrying water-pistols. Batman swooped down into their alley when he noticed one child shoot a homeless man lying in the alley with his water-pistol (which was filled with boiling hot water). Batman asked the green adult figure leading the children why their water-pistols were filled with boiling hot water, and the man (Nygma) replied, "I am the Riddler, and I am leading these children to nirvana!"

The Gotham Gazette read the headline, "Batman tackles the mysterious Riddler leading brainwashed children of Gotham!" The Riddler escaped when he shot a tranquilizer dart into Batman's neck, and the police found his unconscious body and took his statement when Batman was revived. Batman (Bruce Wayne) was sure the man who shot him the night before was Edward Nygma and headed to Silmon Sloan with reporters and police to take a statement. When Bruce arrived at Silmon with his crowd, Nygma told him there was no connection between his Riddler identity and the mysterious masked man luring children.

Bruce Wayne received an anonymous letter at Wayne Mansion and his trusted butler Alfred read it to him:

"Mr. Wayne, I know you're Batman! I am indeed Edward Nygma, the same Riddler who confronted you in the alley with my 'army of younglings.' My children will carry water-pistols loaded with boiling hot water and upset the sensibilities of Gothamites who have become morally apathetic about pedestrian intelligence. These are the same children who provided Silmon Sloan with excellent horror-comics doodles for Gotham City and the New York Museum of Emerging Artists (a new institution built with Silmon Sloan funds and aristocracy grants). You have one month to save Gotham from its own 'artistic lameness'! I will send my secretary Scarlet Witch with some sample drawings by my younglings, and you will choose the young artist to serve as your diplomat of education policy improvements --- otherwise, I will destroy Gotham University." 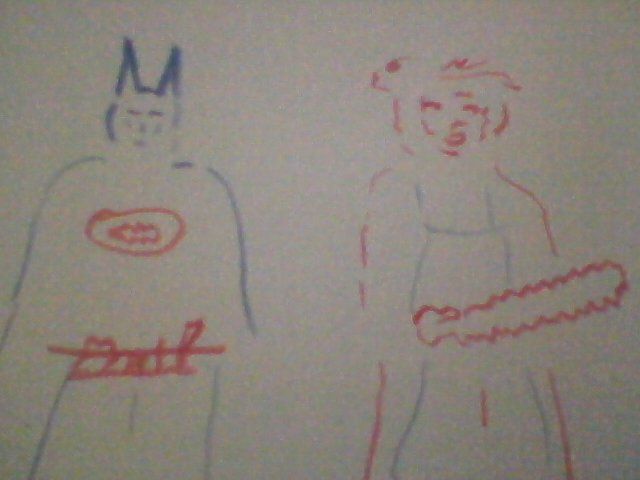 Explosive Job Gains Report Prove, Once Again, That Our Experts Are Fools
8 9 10

“Travis told police Arbery “squared up” like he was going to attack.” So he shot him in the chest.
5 6 7