Illegal aliens no longer need proof; so no concerned American should require proof of this:


It was supposed to be a phone call for Obama administration ears only. But hear it the radio host did, she says. And what she heard should make your blood run cold—and perhaps your rage hot. Obama’s amnesty plan is to use illegal aliens as “seedlings,” said the federal officials. They will “navigate, not assimilate,” as they “take over the host,” create a “country within a country” and start “pushing the citizens into the shadows.”

Welcome to the “fundamental transformation” of America.

The above was alleged by WCBM radio co-host Sue Payne in an interview with talk giant Mark Levin last Thursday. Payne says that while at an immigration rally, she became privy to three conference calls in which 16 Obama administration officials—including Cecilia Muv±oz, director of Obama’s White House Domestic Policy Council—discussed plans for what could only be called the final destruction of traditional America and the cementing of leftist hegemony. Muv±oz, by the way, is perfectly suited to this task; she was once a senior vice president for the anti-American Hispanic lobbying organization the National Council of La Raza.

Oh, la raza means “the race” (I guess the whole “‘Hispanic’ is an ethnicity” thing doesn’t cut much ice with them).

Obama Amnesty Plan Legalize Foreigners Take Over the Host Push Citizens into the Shadows ​
Do not hold your breath until the federal government defends your country. If you think the law will stop those people you are seriously mistaken. First and foremost Americans will have to defend themselves against the power of their own government.

Secondly, United Nations ‘peacekeepers’ will be invited in to kill American military personal who remain loyal to what the country once was. Add UN forces to Americans who want to destroy this country right along with all of that scum in the federal government, and there might not be enough loyal Americans to overcome the odds.

More importantly, too many Americans will refuse to believe it until it is too late. To paraphrase Winston Churchill:

The number of illegal aliens in this country is much larger than the 12,000,000 the government claims. An accurate guesstimate is 20,000,000, while it could be as high as 35,000,000. Whatever the number is, the illegal aliens must be counted with the America-haters, the entire parasite class, and Muslims with an additional agenda —— an ax to grind if you prefer saying it that way.

If you arrive at a realistic number, you are looking at a minimum of ONE HUNDRED MILLION adults straining at the bit to kill Americans they hate.

NOTE: The government has a vast array of armored vehicles, etc. The American people have nothing to defend themselves against military weapons when those machines start rolling down the street much like the tanks did in Tiananmen Square. Only it will be worse than Chinese Communists putting down protests. When our federal government moves on “Obama Amnesty Plan: Legalize Foreigners, . . .” they intend to kill every American. They have to. There are not enough prisons to hold even one percent of those Americans who resist. Illegal aliens certainly do not want Americans left alive plotting retaliation. Before you discount my scenario, remember the number of millions totalitarian governments slaughtered in the past. 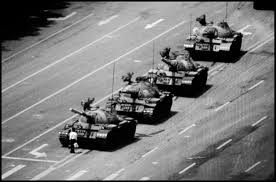 The number of guns in the hands of Americans willing to fight for themselves amounts to a small percentage of all armed Americans. Indeed, the haters own just as many guns as do loyal Americans. More so since the Chicago sewer rat funded his personal para-military goon squad in the ACA:


During an appearance on the Janet Mefferd Show, Rep. Louie Gohmert (R-TX) warned that a provision within Obamacare could create an armed “secret security force”.

FactCheck.org states that Obamacare, “creates the ready reserve of individuals who can be called up for service by the U.S. surgeon general in times of need.”

While that does not translate into giving Obama a “secret security force,” it does stoke concern given that Obama himself called for the creation of a “civilian national security force that’s just as powerful, just as strong, just as well funded (as the U.S. military)” before he was elected.

You can take this to the bank. Federal government bureaucrats, paid with tax dollars, provide that piece of garbage in the White House with an accurate number in every category to within a million one way or the other. The well-coordinated attack being executed by the sewer rat would not gamble without knowing his odds beforehand.

An answer this question is the only further proof you need to know about the sewer rat’s agenda: Why are NOT Americans infiltrating foreign countries for the sole purpose of killing those people? Hell, he will not kill enemies that declared war on America.

Finally, the following video is not advocating impeachment proceeding, or removing the sewer rat from office before he completes his plans for amnesty. The text simply provides details that are beyond dispute. If nothing else, they paint an accurate picture of the “American President.”

Guns will only be used as clubs when the ammunition is gone! 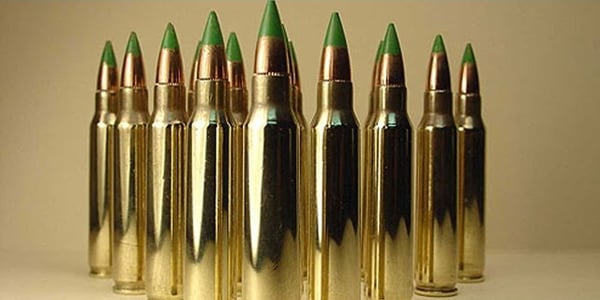 In a Fox News interview with Lou Dobbs, NRA President Wayne LaPierre blasted President Obama as “acting like a dictator” in his push to ban the ammunition for America’s most popular sporting rifle, the AR-15.​

NRA chief Dictator Obama hates 2nd Amendment ​
You must log in or register to reply here.

They hate their own supporters
2 3 4

L
Science is about truth. Low IQ Joe is not

A moment ago
LaDairis
L