Idea of Progress Scientific progress Social progress Economic development Economic progressivism Linear history
History
Enlightenment Industrial revolution Modernity
Politics portal
v t e
"Economic progressivism (not to be confused with the more general Idea of Progress in relation to economic growth) is a political philosophy incorporating the socioeconomic principles of social democrats and political progressives. These views are often rooted in the concept of social justice, and have the goal of improving the human condition through government-based economic central planning.
Economic progressivism is based on the idea that free markets are inherently unfair, favoring large corporations and the wealthy. Progressives believe that a fair market should result in a normal distribution of wealth, but in most countries, the wealthy earn heavily disproportionate incomes. Hence, progressives advocate controlling the markets through regulations that they believe will favor upward mobility and diminish income inequality. Specific economic policies that are considered progressive include: progressive taxes and mandatory income redistribution aimed at reducing inequalities of wealth, a comprehensive package of public services, universal health care, public education, social security, minimum wage laws, anti-trust laws, legislation protecting workers' rights and the rights of trade unions, and a welfare state.
The progressive economic philosophy is typically defined in opposition to economic liberalism (known in some countries as economic libertarianism), Laissez-faire economics, and the conclusions of the Austrian School of economics. Many organizations that promote economic progressivism can be characterized as anti-capitalist and include principles and policies based on Keynesianism, Marxism, and other left-wing schools of socio-economic thought."

Oh look everybody!!
This one knows how to copy and paste from Wikipedia!!!! 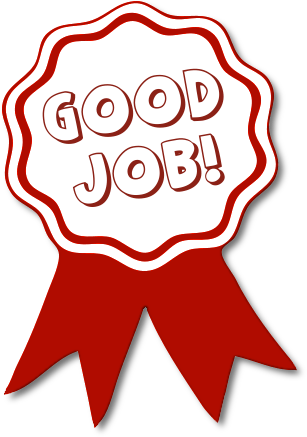 So here is the blueprint of a Utopian world. Who needs ambition, motivation, internal compassion (versus state mandated), individual driven SELF improvement, anyway. Let the "perfect humans" dictate. No need for any archaic restraints placed upon the RULERS.
OP
S

iamwhatiseem said:
Oh look everybody!!
This one knows how to copy and paste from Wikipedia!!!!

You certainly are a rude mutant!
OP
S

Look I can do links too.
Narcissism - Wikipedia, the free encyclopedia

Rude?
Dude...you opened a thread with nothing but a pasted article from Wiki - what...you expected a trophy instead of a ribbon?
You think we all need to get lessons in politics from Wikipedia or something? That we never heard of progressive philosophy?
Try inserting an actual opinion of your own along with a definition...and you won't get hassled next time.
Otherwise you can expect a lot more of this in the future
OP
S

Just a fact. A starting point for debate. Are you a moderator of this forum? Not that there is much spare time for debate.

Stempy said:
Just a fact. A starting point for debate. Are you a moderator of this forum? Not that there is much spare time for debate.
Click to expand...

A starting point for a debate IS YOUR OWN OPINION.
A definition provides no argument to discuss, unless you take issue with the definition itself.
OP
S

Dude this is pretty embarrassing even by the low standards of this board. Just copying a paragraph and inviting the usual suspects to vent their hate is not any way to distinguish yourself from the other retards who only know how to run their mouths saying the same old marxist, commie accusations.
OP
S

occupied said:
Dude this is pretty embarrassing even by the low standards of this board. Just copying a paragraph and inviting the usual suspects to vent their hate is not any way to distinguish yourself from the other retards who only know how to run their mouths saying the same old marxist, commie accusations.
Click to expand...

Sorry I missed your mark. Just shining a light. You know there is a thing called "phone line bravado" I don't suffer from that. I have been interviewed by HLS, locked in a battle with other tyrant FEDERAL agencies right now. Just let go two great employees, one was long term, both were earning more than a living wage, both became close friends. So someone that screams at someone out of reach is a coward. There are people out there that feel the same and you won't see them on their knees prostate to the Progressive Messiah the punk ganster sophist obama. So a few jabs at the mutants is in order. One more small business down the sewer pipe and two excellent jobs soon to be three gone. So "were for the small guy" is pure propaganda, not that any monetary value should be considered when protecting someones personal liberty. Have a nice life. Jon Thompson
You must log in or register to reply here.

Obama: Snowden is not a traitor...he is a whistleblower.

M
DOJ Investigating Discarded Mail-in Votes Cast by Military in Pennsylvania — All of Them Were For Trump!
2 3

Remember when republicans criticized Biden for deliberately choosing a woman for his VP?
2