"It Was The Tits"

The US state of Utah has become the first to declare pornography a public health risk in a move its governor says is to "protect our families and our young people". The bill does not ban pornography in the mainly Mormon state. However, it calls for greater "efforts to prevent pornography exposure and addiction". One group representing the adult entertainment industry attacked what it called "an old-fashioned morals bill". Pornography, the bill says, "perpetuates a sexually toxic environment" and "is contributing to the hypersexualisation of teens, and even prepubescent children, in our society". 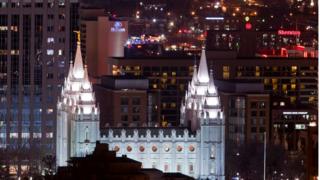 ... this is the first song I ever heard by them... i thought it was hilarious at the time, but the entire LUST album is awesome!

The little things you say and do

Progressives want to tighten screws beyond Manchin and Sinema

2 minutes ago
Ghost of a Rider