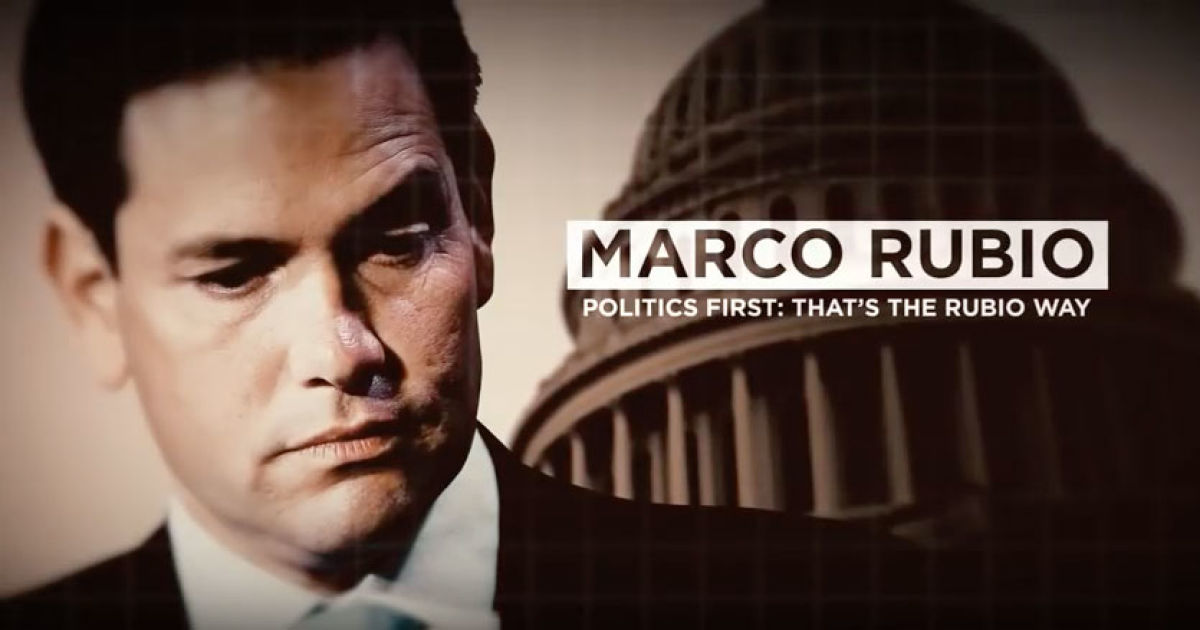 Phyllis Schlafly has issued a 15 page “Rubio Betrayal Memo.” Schlafly, founder of Eagle Forum, is a leading conservative voice in America for the past 5 decades. She is a constitutional lawyer and published author.

Schlafly is highly respected by conservatives within the Republican party. Which is why Marco Rubio sought her endorsement. She was the first major conservative name to endorse Rubio for the Florida Senate race according to news sources.

Later Schlafly learned that Marco Rubio had misrepresented himself in order to gain popularity within the rising tide of the Tea Party.

Two days ago, Phyllis Schlafly went on record, stating that Marco Rubio should be disqualified from the presidential race because he lied to the American people. Schlafly reports that while Rubio was lying to Conservatives in English he was saying something entirely different on Spanish speaking television.

According to the memo, Rubio ran as an anti-amnesty candidate in spite of the fact that he had an aggressive pro-amnesty voting record. Looking at Rubio's voting record, the memo reveals the subtle and deceitful tactics he used in order to attain the support he needed:
Rubio Immigration Record - Eagle Forum

Schlafly warns that while Rubio used amnesty opposition in order to get elected, later he pushed for the biggest mass immigration / amnesty bill ever seen.

The thin veneer that covers the truth about Marco Rubio is cracking. The American people need to take the time to examine Phyllis Schlafly's 15 page memo and consider what level of deception Marco Rubio is capable of.

Phyllis Schlafly has the reputation of being a courageous and wise woman. She is a true conservative who has examined the actions of Marco Rubio and proven that the person Marco Rubio presents himself to be, is based upon lies.

Donald Trump is still drawing massive crowds because he offers something that the other presidential candidates do not. He is a man who is capable and willing to do what he says he is going to do. Trump has no history of being an establishment Republican or career politician. He is against Rubio's H- 1B visa bill and calls it a job killer. Trump has never changed positions on the H-1B visa bill. Ted Cruz has.

Prior to entering the presidential race, Ted Cruz wanted to expand Rubio's guest worker bill by 500%!
Microsoft shares the same view on mass immigration that Rubio holds and has been confronted about it. .


​
Bill Gates has been Marco Rubio's 2nd largest contributor since 2011. Gates is one of the largest supporters of expanding H-1B visa in order to bring in more labor from foreign countries. Mr. Gates is not referring to jobs other Americans are not interested in. Gates would like H-1B visas and automatic green cards given to foreign workers with Science, Technology, Engineering and Math degrees.

Supporting the expansion of such a bill – as Gates, Rubio and Cruz do, means American workers lose jobs to foreign workers who are willing to work for less. A vote for Rubio or Cruz is a vote against our own economic work force and future prosperity. Is this how these two presidential candidates intend to make America great again?

Phyllis Schlafly's memo could not come at a more opportune time. I hope Donald Trump will make good use of it in his upcoming debate. It's time to take the gloves off.
______________
Phyllis Schlafly Issues Rubio Betrayal Memo
Rubio's Bill Would Have Opened Floodgates to Islamic Refugees
One of Marco Rubio's Biggest Financial Backers to Tally Iowa Caucuses - Breitbart
Microsoft to cut up to 18,000 jobs over next year
Schlafly unloads on Rubio: ‘He betrayed us all’
Last edited: Feb 6, 2016

H-1B visas cannot be used to pay less than an American worker would be offered, and any such jobs must be made available to American applicants first.

High tech companies are having a hard time filling the slots. Foreign workers are needed in computer, IT and the medical fields, it's that or suffer the consequences. They have to live here if they are going to work here, they won't be drawing third world pay. Not everything is a conspiracy.
You must log in or register to reply here.

American Oligarchs to American Workers, 'STFU and Get Back in Line!'

RUSSIAGATE 2? Hillary ‘Signed Off Plan to Vilify Trump With Putin & Obama Was Briefed

Shades Of Nazi Germany: Biden Wants Americans To Report / Turn In 'Radicalized' Friends And Family To His Govt
5 6 7

O
Wind farms, a benefit for all.